Prototype version of the Student-Engineer-Entrepreneur 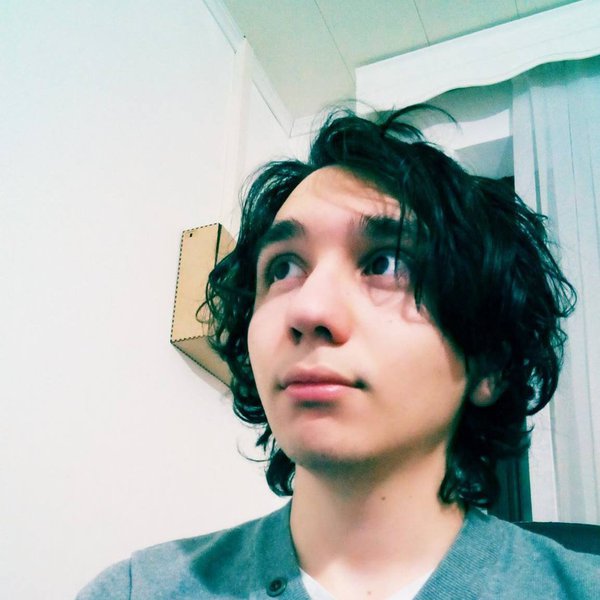 My real name is Ilhan (pronounced like Elan Musk) but you can call me Raz,

Ever since I was a kid I would take things apart to see how they worked.
Started off with Lego Duplo Toolo at age 3.
Then made mechanical things and machines with K'NEX at age 4.
Got into computers and electronics (robotics) when I was 5 with a magazine. http://en.wikipedia.org/wiki/Real_Robots

Fast forward 14 years and here I am designing electronics, building machines and studying at a university. :D

Brian from Hackaday told me about it, I guess I'll give it a try until I have my own website. :-)

1.3k 2 1 3
A custom PC case made to fit inside my suitcase!
Project Owner Contributor

Makeshift Blender with a Drill (cooking for engineers 101) :D

I was mashed potatoes with spinach a while ago and I didn't have an automated blender, however I did have one which you hand to turn by hand. Took it apart, connected my drill to it and blended some spinach. Worked perfectly.

This entry is a place holder. This is one of my higher end projects like the Game Boy XXL. It's a planetarium projector for use at home. I'm still thinking of how to do it, but I'll have to use a variety of special lenses.

At some point I needed a VPN server but having it turned on 24/7 was overkill (and it was at my parent's place, don't want them to pay for all that electricity).

The organizer of Nintendoom (a Belgian chiptune festival) was talking with me about how cool a giant Game Boy would be. After a year I made one which guests could play with at the festival.

I had some speaker drivers and an amplifier lying around and but didn't have speakers on my desktop. I ended up using a lasercutter to make a casing for two drivers and went with that.

For my first year in university I got tasked with having to design an alarm clock and a box for it. I challenged myself and made an alarmclock robot which used the maximum processing power of an ATMega microcontroller at 16 MHz.

This is a useless box I once made for my (ex) girlfriend for Christmas, there's a microcontroller in it so that the box had a "character"

Was working on this for a while but it's on hold now since I'm working on other things.

A smart RGB lighting system based on an Atmega328. You can control the lights with a phone, a computer or a special remote. This was my high school thesis (apparently it was overkill according to my teachers but I still did it).

388 12 2 2
I have a Volkswagen beetle and it (oviously) doesn't have a cellphone charger... and I play Ingress.
Project Owner Contributor

Create your Hackaday.io profile like Raz and many others