I am Ashim and I'm giving a go at building robots. 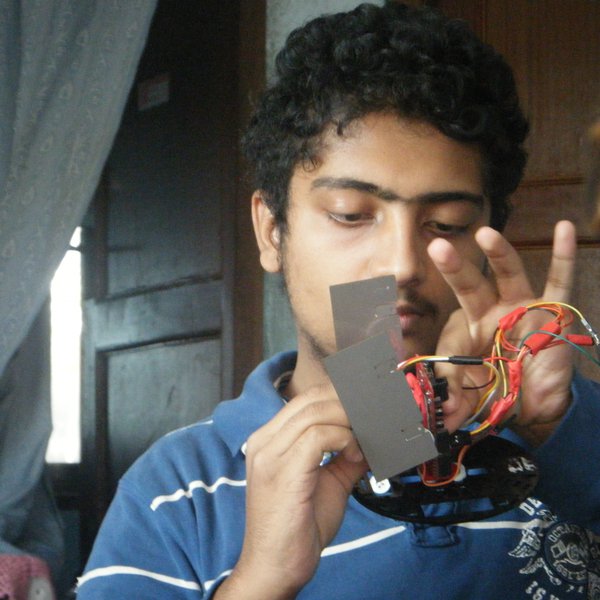 Hey there from Nepal ! I have always had that passion bug infected in me about science and anything related to technology which has ignited in me a genuine love for building robots, and a sincere passion for robotics. Being a member at the ever-growing community at Letsmakerobots taught me so much about this incredible hobby. I'm learning new things everyday and I hope to share my journey so far with you all!

To get inspired from awesome builds and to show a couple tricks of my own. ( Sometimes the magic smoke one! )

A 4 legged robot that strolls around performing its embarrassing moves. A bit wobbly at the moment!

An Insect Robot made using 2 9G servos ; A conqueror of my bed!

Detects objects, outputs the distance onto an LCD Screen

A robot that chases down a line pretty fast. Uses a PID algorithm coded into an Arduino. Motors are micrometal gearmotors, and sensors are reflective IR array sensors, both from Pololu..

A robot that solves a non-looped line maze using a TCRT 5000 IR array sensors, geared motors, and an Arduino.

Create your Hackaday.io profile like ashimsitoula and many others