As week 20 comes to a close, we can say that this scientist may have been a bit sleepy from all his hard work, but all our caption writers certainly were not! Thank's to everyone who stayed up late and entered.

Whiteboards and their associated dry erase markers have become a staple in every office, school, and home. It's getting hard to remember that everyone used blackboards not so long ago. High energy physics,and flammable dust probably are not a good mix. Let's hope our sleeping scientist cleaned the erasers outdoors after he woke up.

This week's winner is MechaTweak with the following quote: 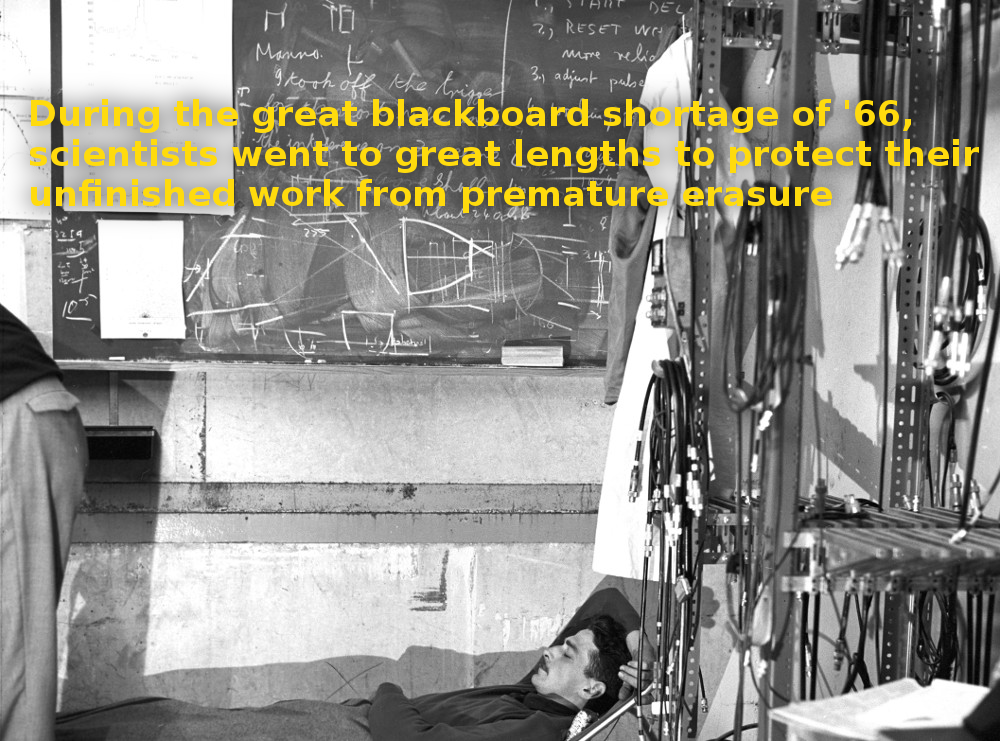 MechaTweak describes himself as a "Mild mannered design engineer by day. Father of four crazy kids by night". With all those kids running around, he's going to enjoy having a Stickvise from The Hackaday Store. You can bet he'll be using the stickvise to solder up some boards forShower water saver, his entry in the 2015 Hackaday Prize.

I'm glad that I was mentioned again, but I didn't post that comment. [ras B] did. I don't want credit for someone else work.

Whoops - my bad. I've fixed it in the contest log. Sorry Ras!