Listening to the music of the spheres

Canadian Centre for Experimental Radio Astronomy12:17 PM
@Dan Twedt my first paper on SDR radio astronomy was about SETI back in 2004.

0xCoto12:18 PM
@James Aguirre You seem to be using a Ku-band LNB, but your last matplotlib plot shows the frequency values ranging up to 1750 MHz. Have you considered calibrating the IF frequency to the RF input frequency given the LO frequency of the LNB's downconverter mixer?

Frank12:18 PM
@James Aguirre that unit you shared up on GitHub... straight gearing for both axes ? or worm gearing ?

Gonçalo Nespral12:18 PM
Hey, @James Aguirre I built a similar radio telescope a few years ago, but I wasnt able to get any useful results. (https://hackaday.io/project/161556-tiny-radio-telescope). Its a miracle the whole thing worked, its basically made out of duct tape and some stuff from IKEA hahahh

James Aguirre12:18 PM
@Frank White Rabbit is what we're using for timing discipline with HERA, but I don't have a lot of experience with it myself

Brian Shen12:19 PM
@Frank The Azimuth is straight gearing but the elevation is worm gear.

Canadian Centre for Experimental Radio Astronomy12:20 PM
I usually recommend DIY folks start off with a transit instrument. Driven in elevation only.

jeremy.lusk12:20 PM
I'm curious if you run into computational bottlenecks in amateur radio astronomy. If there are, do those show up as CPU, memory, or storage bottlenecks?

Frank12:21 PM
Yeah, the GNURadio conf 2019 in HSV had a few discussions about it, and it's benefit to sync'ing up distributed stations for long baseline stuff. (https://www.gnuradio.org/grcon/grcon19/presentations/vlbi_with_gnu_radio_and_white_rabbit/)

James Aguirre12:21 PM
@Gonçalo Nespral yeah, I first started really simple using a satellite finder from Radio Shack as the detector (just too squirrelly) and was unhappy with how well I could point it. we probably went a little overboard on the mechanical design :)

Canadian Centre for Experimental Radio Astronomy12:22 PM
COU and memory bandwidth are key, depending on what you’re doing and at what bandwidths.

0xCoto12:23 PM
@jeremy.lusk A lot of digital signal processing (DSP) is performed using FPGA chips that are present in many high-end SDRs. It is useful to do FFT and other computations there so the output data rate is significantly lower and the workload of the CPU/GPU of your machine is reduced. But in certain DSP techniques like parallel beamforming, you just have to cope with the processing requirements needed.

Dan Twedt12:23 PM
Can amateur or professional Radio Astronomy be used to do science relevant to determining the extent of possible Anthropogenic RF Atmospheric Heating Effects/Components?

James Aguirre12:24 PM
@0xCoto the SDR in the document you pointed to is the one I've been using (RTLSDR). what are the higher end ones you're thinking of?

jeremy.lusk12:24 PM
@Canadian Centre for Experimental Radio Astronomy @0xCoto Thanks! I have a small cluster computer and students who want to put up a radio telescope and I was hoping there was some overlap there where the cluster could be useful for processing/storage

Ethan Waldo12:24 PM
@James Aguirre What are you targeting for signals of interest in the home setup?

0xCoto12:25 PM
@Canadian Centre for Experimental Radio Astronomy Sure, but FPGAs are not always powerful enough to handle samples from several RF inputs.

James Aguirre12:25 PM
@Ethan Waldo so I'd be curious if others have found differently, but at 12 GHz with a 40 cm dish, you're kind of limited

Ethan Waldo12:25 PM
I assume pulsars are still out of reach?

James Aguirre12:25 PM
You can see the sun no problem, and of course the communication satellites

Canadian Centre for Experimental Radio Astronomy12:26 PM
Pulsars are doable. But not for a first project.

Steve Benesko12:26 PM
CCERA, do you have any involvement with RASC or do outreach at any of the events like starfest?

James Aguirre12:27 PM
what I was trying to do with the small dish was using a lot of bandwidth (~500 MHz) to try to get the noise done, but what I've found it is that any sort of RFI in that band gives me results that are about 100x worse than theoretical

Joseph Eoff12:27 PM
The moon is freaking BRIGHT at 12GHz.

Frank12:28 PM
Some interesting implications to citizen-based SSA (lots of expansions for that term, but space surveillance/space situational awareness) for GEO. Tighter beam and pointing angles and you might even be able to supplement some OD work for those birds... Just need a LOT of coordinated enthusiasts, producing a LOT of measurements, which you filter across...

0xCoto12:28 PM
@James Aguirre For total power/total intensity measurements, you can do RFI mitigation in the post-FFT stage to isolate narrowband interference.

James Aguirre12:28 PM
so that's the southern part of the sky from Philadelphia ... all the geostationary satellites jump out

James Aguirre12:29 PM
the moon is down another factor of ~20

Ethan Waldo12:29 PM
https://groups.io/g/Amateur-DSN/ is another application. I was pretty amazed that they were able to pick up Cassini at one point, overcoming the weak signal through some tricks of seeing through the noise.

Canadian Centre for Experimental Radio Astronomy12:30 PM
@james Ken Tapping has had success finding Tau A at 11Ghz with 6ft dish. He’s at DRAO but also The Godfather of backyard radio astronomy.

Frank12:31 PM
if the aviation ADSB industry has taught us anything... people will pay for large groups of everyday people to monitor certain frequencies... and there's even some bragging rights about building a clean enough system to rank higher in the number of observations you pull in.

In the last figure, you can just null the entire column of the dynamic spectrum matrix that contains RFI, so you shouldn't have problems with wideband spectrometers, as long as ADC clipping is not a problem. 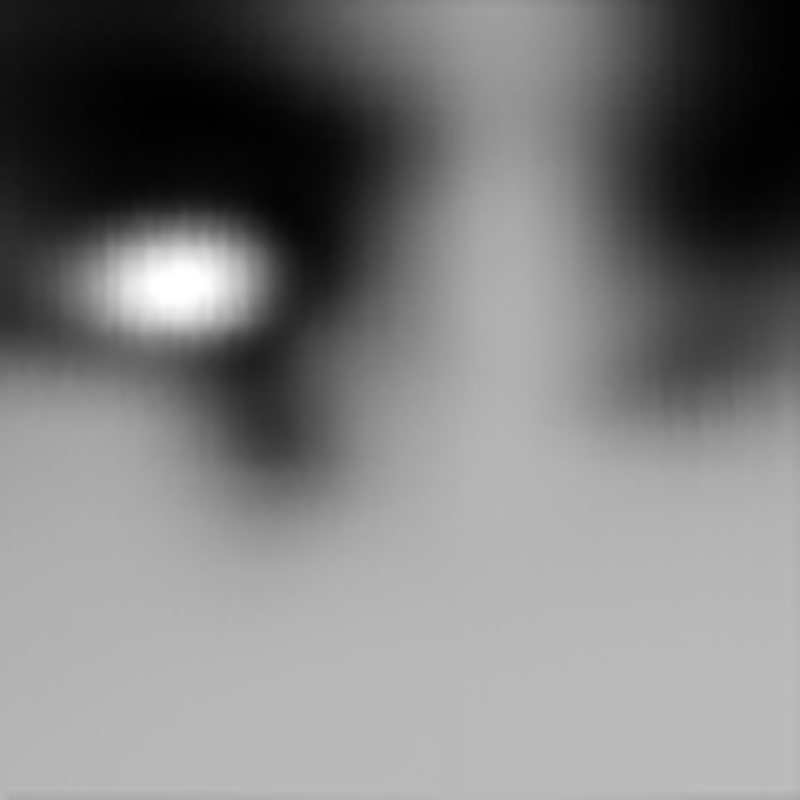 James Aguirre12:32 PM
@Canadian Centre for Experimental Radio Astronomy I'm curious to look into what you guys are up to ... just browsing the page.

RichardCollins12:32 PM
James, sorry I am late, I was making a video and just finished. I read the notes to catch up

I am interested in calibration, statistics on raw signals, and any datastream from 1 MHz down to 1 nanoHertz

I cannot build these, I live in a tiny apartment, but I can help with calibrations. I want to write statistical compression algorithms to handle large raw streams that need to be compressed without losing anything -- to share.

James Aguirre12:33 PM
the gain in going to a bigger telescope is a lot: a 6 foot dish is 25 times more sensitive

James Aguirre12:33 PM
than the 40 cm dish network ones

James Aguirre12:33 PM
(part of my motivation was portable: take it to classroom and science festivals and the like)

kjansky112:33 PM
Is anyone aware of phased array use by amateurs for a faster pointing and scanning capability possibly to do C-band imaging comparable to the Ku band imaging?

0xCoto12:34 PM
@kjansky1 Sure, this is exactly what I meant by beamforming.

Frank12:34 PM
So, are folks sharing raw IQ for this particular form of RF receiving ? and if so, how do you compress it for reasonable storage and data transfer... 'cause all my IQ for LEO satellite Doppler work is HUGE!

Joseph Eoff12:34 PM
That is the moon as seen by my 90cm dish. Trees and bushes around it.

Canadian Centre for Experimental Radio Astronomy12:34 PM
@kjansky1 im not aware of any amateur efforts but we’re on the cusp technologically.

Canadian Centre for Experimental Radio Astronomy12:35 PM
Ku band is going to increasingly be garbage due to StarLink

RichardCollins12:35 PM
Any "time of flight" method will be useful. I am checking TOF cameras to see if they are able to pick up the low frequency magnetic signals. I just got two today. Been at that for the last 8 months or so.

0xCoto12:35 PM
@Frank Storing raw I/Q data is bad practice, particularly for these sorts of radio astronomy applications (excluding interferometry of course where the raw I/Q data need to be added into correctors etc.). Instead, the FFT samples are stored to file as a function of time (i.e. a dynamic waterfall which can be plotted). Data reduction is significant here: https://github.com/0xCoto/VIRGO 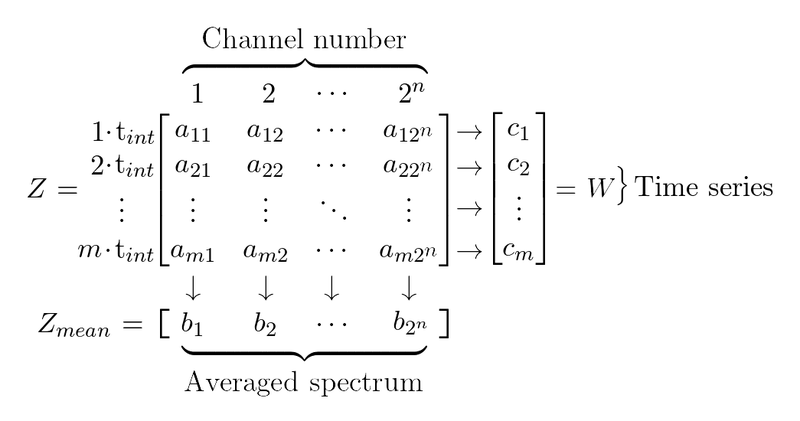 RichardCollins12:37 PM
I am looking for those kinds of datasets

Canadian Centre for Experimental Radio Astronomy12:37 PM
We Ran a two element interferometer for a while at 611 Mhz

Dan Twedt12:37 PM
(I/Q data shows the changes in magnitude (or amplitude) and phase of a sine wave.)

James Aguirre12:37 PM
@0xCoto cool stuff! the issue I was struggling with is that if you're looking at continuum (like the sun or moon), the SDR bandwidths are 2 - 10 MHz, whereas the backend of the LNA's are 500 - 800 MHz. If the full band is pretty clean, that's up to 20 times more sensitive. but I think you're right that going with a narrower, clean band from the SDR is a net win

Dan Maloney12:38 PM
Why does the Moon emit so much on 12 GHz? Is it a source, or is it reflecting back from Earth or the Sun?

Canadian Centre for Experimental Radio Astronomy12:39 PM
@Dan Maloney its a black body with a mean temp of around 200K at 11Ghz.

0xCoto12:39 PM
In fact, the radio full moon appears around 3 days out of phase after the full moon in the visible regime.

kjansky112:40 PM
So do you see a difference in moon brightness between full and new moon 2 12 GHz.?

Frank12:40 PM
are folks finding any particular LNB more useful (and available for purchase) than others ? It's kind of the wild west out there on sourcing stuff, and as always YMMV.

0xCoto12:40 PM
Due to the heat transfer between the surface layers of the sun.

0xCoto12:41 PM
@kjansky1 Due to optical depth being a function of wavelength, yes. But the difference is small. If we're talking about intensity, the moon is brighter at 12 GHz due to the blackbody radiation curve of the Moon being closer to 12 GHz than 2 GHz.

0xCoto12:42 PM
@James Aguirre If your SDR is wideband (e.g. sensitive in the output RF range of the LNA), you can isolate narrowband RFI and still exploit the rest of the spectrum efficiently with DSP techniques.

Frank12:42 PM
@James Aguirre So have many EDU orgs reached out to you about best practices for using your project in teaching ? Have some been looking for "kit form" versions that they can use to streamline the builds ?

RichardCollins12:42 PM
I think you answered this, but are people "renting" their telescopes?

I would like to piggyback and run statististics on what other people are doing. If I do archived data, it seldom gets back to anyone while they are looking and interested.

Joseph Eoff12:43 PM
@kjansky1: I haven't taken the time to check the difference.

Johannes12:43 PM
@Frank I bought my LNBs from a cheap hardware store. Cannot complain so far, but I do not have a high demand on them.

James Aguirre12:43 PM
I've got it set up both ways: I can stream from the SDR (2 MHz instantaneous band), but also another tee runs into a wideband filter and amplifier and then just gets power detected into a single voltage.

James Aguirre12:44 PM
yeah - curious about the LNBs: I've not tried disassembling the commercial ones but they're fine if you give them a DC voltage and just treat them as a black box

Canadian Centre for Experimental Radio Astronomy12:45 PM
The problem with a small

Dish is that the sidelobes aren’t that well suppressed so Sat signals can still ruin your day even when you’re not pointing at the Clarke belt.

Frank12:45 PM
@RichardCollins that's kind of why I brought up the SATNOGS comparison. They make their network of ground stations usefull for distributed folks to downlink their telem. Wonder if the same pattern (network of resources) can benefit those researching in this field.

0xCoto12:45 PM
The DC voltage is necessary to power up the local oscillator for the mixer needed to downconvert RF to IF.

RichardCollins12:45 PM
@0xCoto I noticed that before and saved the link. I plan to look closer when we are done here. Thanks!!