No microprocessor, no problem

Walter12:58 PM
@brianpagephotog Different people like it for different reasons. Some just like to solder something interesting. Others like the fact that it teaches you are computer technology. Others are just amazed that less than 1000 transistors can do pacman

Paul Hernaus12:59 PM
@Andy Pugh Actually I was thinking about CRT memory as soon as LEDs as memory was suggested.

Walter12:59 PM
And some people like it for retro-reasons.

@Andy Pugh - I'd imagine there would need to be some hysteresis in the CdS photocell output. Just spitballing, though.

monsonite12:59 PM
Brian - I think the appeal may be more biassed to the demographic that grew up on early 8-bit machines and worked with TTL. My interests lie in that camp - but also the minimalist efficient design appeals to me

Andy Pugh12:59 PM
How many transistors were in Pacman? I saw inside a Space Invader as a kid (when I was playing with the ZX80) and that appeared to be all discete logic.

Steve Silverman1:00 PM
I began my career designing things using RTL, DTL, and then TTL logic chips with no more than 16 pins. The Gigatron jumped right off the screen when I saw it!

Walter1:01 PM
@Andy Pugh no idea but this had a microprocessor, so it's definately a lot more than the Gigatron

Andy Pugh1:02 PM
I suspect this audience is made up of a demographic who will nod sagely while reading that "lids don't understand computers" rant from a few years ago.

Wow, so that was a fast hour! Feel free to keep the conversation going, but if Walter needs to wrap it up, we should let him. I want to sincerely thank Walter for being on with us today, and to wish him the best going forward. I think this was a fitting tribute to Marcel and his vision for Gigatron.

Walter1:02 PM
Yes, there's also quite a few people (more than I expected) that had in the recent (or not-so recent past) designed and built computers/cpu's themselves.

Walter1:03 PM
@Dan Maloney time flies :) I'll be around for a few more minutes. Thank you all for your interest!

monsonite1:04 PM
I think Hackaday might consider runnning an annual competition - similar to the 1024 bytes of coding challenge - the MvK Memorial Award for the best design using fewer than 1024 gates.

Absolutely! I usually pull a transcript right away, but I'll wait a few to get all the details. Thanks so much to everyone! Remember next week, we'll be talking about LED art: 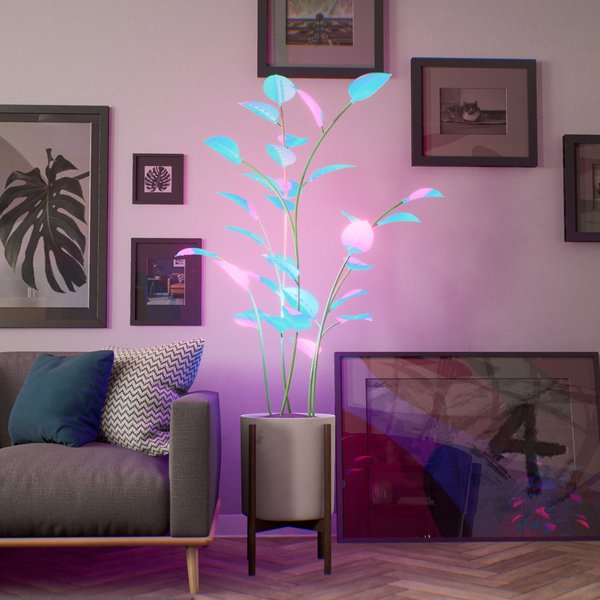 Aaron Oppenheimer will host the Hack Chat on Wednesday, July 1, 2020 at noon Pacific Time. Time zones got you down? Here's a handy time converter! From the first time humans crawled into a cave with a bit of charcoal to sketch scenes from the world around them, artists have been searching for new media and new ways to express themselves.

@monsonite - That's a great idea. I'll bring it up with the editors. Thanks!

pbierhoff1:06 PM
I think Marcel deserves a lasting tribute. He was truly gifted

monsonite1:06 PM
Thanks Dan - and of couse Walter for this fascinaing insight.

Walter1:07 PM
Anything else people would like to know about the kit, the process around it, past, present, future, ..?

How many of the original kits do you have left?

monsonite1:08 PM
Walter - put a shout out for the Forum - we always need new input

With the wooden case

Walter1:08 PM
There are no more kits

Walter1:08 PM
And no more will be made by me

Walter1:09 PM
Haha not quite.. I have a few myself, including now the 15Mhz one

I really enjoyed that un-unboxing video:

You guys put a lot of care into these kits

Walter1:10 PM
That shows only part of it :) We chose for instance the components such that you cannot easily make mistakes

Walter1:10 PM
that is why the 2 types of caps are of different width for instance

Walter1:11 PM
We wanted to eliminate as many problems during builds as possible. Hence also the manual (a bit inspired by old Heathkit manuals)

Walter1:11 PM
and the way of binding the manual so it's easy to have it open before you while building. And the build video's etc.

Walter1:12 PM
That has really helped, the amount of support mail was rather low. And there were people who had not soldered anything in their life before the Gigatron and managed to build it succesfully in one go. That was nice :)