A event log for Inside Smart Meters Hack Chat

Are you smarter than your electrical meter?

anything good in there?!

james12:30 PM
Water flow is not a reliable power source. The meters degrade over time and need to be replaced every 20 years

FrostWizard412:31 PM
which is why we should all go subscribe if you get what im saying :) 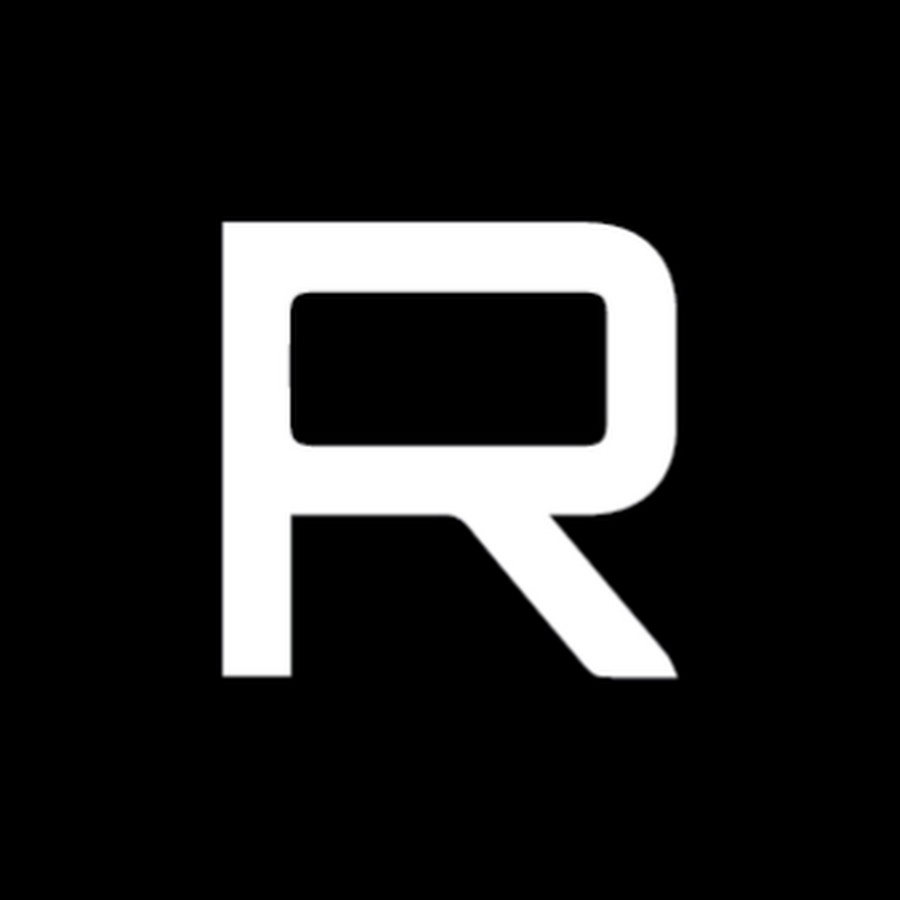 RECESSIM is Latin for "moving backwards" which is what we do when we Reverse Engineer. I hope you enjoy the content here, feel free to contact me to suggest other content you are interested in seeing. Always looking for a new project! -Hash

dolsongte12:32 PM
What about people who think that putting a magnet on the top of the smart meter resets it to zero, you guys consider that a hack?

FrostWizard412:33 PM
The link or the magnet thing?

Hash12:33 PM
@dolsongte Funny you should mention that, they do have a magnetic sensor on top...

farmboy12:33 PM
there actually is a reed switch in there to detect a magnet. but it doesn't do much interesting.

Wim Ton12:33 PM
B.t.w. this is a USA discussion. Non USA meters are totally different (rectangular instead of round to start with)

Hash12:34 PM
But I have seen videos were people had a strong magnet near their meters and got a leter from the power company accusing them of tampering

james12:34 PM
Besides, resetting to zero woul git you a huge bill. The utility would think wrap around on max digits and bill you for heavy usage

Wim Ton12:34 PM
magnets can be used to saturate the current sensor and to disable switching mode power supplies.

Todd Christell12:34 PM
So it appears that the "tamper switch" is a standard alarm system setup, magnet and reed switch.

james12:34 PM
The magnet migh trigger tamper alarms. In some places that is a felony

farmboy12:34 PM
you can certainly screw up the hall effect sensor with a big magnet. not recommended.

Hash12:35 PM
All my invasive experimenting has been done with meters I purchased on eBay... Anything with the live network around me is strictly listening to understand traffic

Wim Ton12:36 PM
In Europe, detection of strong magnetic fields and a tamper switch is a regulatory requirement

Hash12:36 PM
Ultimately we don't own the meters on our house, so can't use those to experiment

Hash12:36 PM
I think a big reason people don't experiment with these is getting hardware, and fear of legal troubles

Hash12:36 PM
No, you pay for service, the meter is part of the service

Bernard12:37 PM
And you pay for the power they use!

Hash12:37 PM
@Bernard I plan to measure how much power they use soon!

james12:37 PM
Had the circuit breaker box on the side of my house explode. While the electrician was here working. he messed with the meter. 10 minutes later, a utility truck drove up to find out what we were doing.

FrostWizard412:38 PM
@Hash Are you guessing the amount of power the meters will use will be significant or no?

farmboy12:39 PM
i believe the meter is powered on the unbilled side anyway.

Hash12:40 PM
@farmboy Yea, consumer pays in the end no matter which side it's on

Bernard12:40 PM
I know that for mechanical meters (in some regions) it was a requirement to get the meter "power" billed to consumer. Not sure about smart ones.

GRDF took a major step towards Smart Grids for smarter cities through a large scale deployment of the Smart Gas Meter. Today, we are ready to enchance customer satisfaction, improve energy management and to optimize our distribution network!

Read this on Grdf

Rene12:41 PM
Hi, good evening everyone (or whatever time it is at your part of the world)

Rene12:42 PM
Has anyone here played around with the P1 port on some of the gyr metres?

Wim Ton12:42 PM
My nephew connected a web server to it

Hash12:43 PM
I saw a lot of work done on that in old DEFCON talks, "Into the eye of the smart meter" so I stuck to the RF side

Wim Ton12:43 PM
The Dutch P1 spits out the readings every seconds in serial format

Hash12:44 PM
I talk about the changes in design over the years in the next video I am posting

anfractuosity12:44 PM
what's the biggest chip on the bottom left?

Hash12:44 PM
@Rene Got ya, no RJ ports on these Landis+Gyr meters

anfractuosity12:45 PM
ah cheers, and you've managed to dump that? if so, how?

Hash12:46 PM
I'll post something more detailed and reproducible in the next couple videos

farmboy12:46 PM
i think that's how the zigbee light link key was leaked too.

Wim Ton12:47 PM
The firmware is not considered very confidential, with 10s of millions of meters in the field some will be reverse engineered

Bharbour12:47 PM
What reverse assembly tools are you using?

Hash12:47 PM
That's the trouble with infrastructure meant to live for 15 years... it's all exploitable after that length of time

FrostWizard412:48 PM
I wonder how secure the firmware was 15 years ago?

Hash12:48 PM
15 years ago, probably pretty secure and the RF side tough to monitor with the frequency hopping

Hash12:49 PM
Not a big corporation or nation state... Some random dude in Texas

Wim Ton12:49 PM
@farmboy nothing wrong with static symmetric keys as long as they are unique for every meter

now, I can monitor entire frequency hopping range and capture all traffic

Hash, What are you currently using to do that?

James Murphy12:50 PM
I was looking at the HackRF myself but as a beginner I may be out of my depth.. 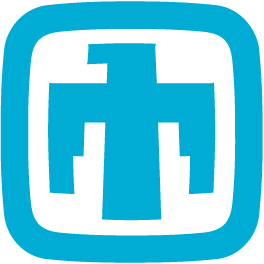 This GNU Radio module contains tools for processing frequency hopping spread spectrum signals. Blocks derived from the gr-iridium project exist to detect narrowband bursts within wideband signals and downconvert and center them. Metadata is tracked through this process enabling reconstruction of where the bursts originated in time and frequency.

Read this on GitHub

FrostWizard412:51 PM
RTL-SDR is a great one to start with @James Murphy

FrostWizard412:51 PM
cheap and fairly easy to use

Hash12:51 PM
There's a bit of a learning curve with GNU Radio and SDR, but once you learn it what you can accomplish is staggering

open source hardware for software-defined radio Antenna Switch for HackRF Acrylic Case for HackRF Documentation is in the wiki. Source code and hardware design files are available in the latest release or in the git repository. Before asking for help with HackRF, check to see if your question is listed in the FAQ or has already been answered in the mailing list archives.

Wim Ton12:52 PM
A talk about decoding the LORA PHY

charliex12:52 PM
the hackrf portapack has a meter read mode built in, for some meters.

Hash12:52 PM
Also the YARD Stick one for narrowband signals if you just want to listen to one frequency. Less to hassle with... Still not easy but easier to receive data... https://greatscottgadgets.com/yardstickone/

Todd Christell12:53 PM
Got HackRF a few years ago, great unit as it has xmit, albeit low power, but only half duplex and not the most sensitive receiver out there. Lately been playing with and RSPDuo and love it!

Read this on GitHub

farmboy12:53 PM
you using that gr-fhsss tool is definitely my favorite part of your youtube @Hash

Hash12:53 PM
@James Murphy Go to rtl-sdr.com and get from there, lower cost and supporting that site

@James Murphy Go to rtl-sdr.com and get from there, lower cost and supporting that site

Hash12:56 PM
We shall not cease from exploration. And the end of all our exploring will be to arrive where we started and know the place for the first time. -T.S. Eliot

Yeah, in a lot of ways we're just trying to earn new ways of seeing the world again for the first time

Looks like we're just about out of time here, so we'll officially wrap it up and let Hash get back to the bench. I have to say I enjoyed this immensely, and really appreciate Hash's time today. Really looking forward to more deep-dive videos on this. Thanks Hash! And thanks to all for the great questions!

Hash1:00 PM
There's so much to hack on these meters i'll be busy for a while i'm sure

Hash1:00 PM
Thanks Dan and everyone!

James Murphy1:01 PM
Thank you Hash for your time and your experetise! Very much Appreciated! Murph.

On a semi-related note, don't miss next week's Hack Chat: 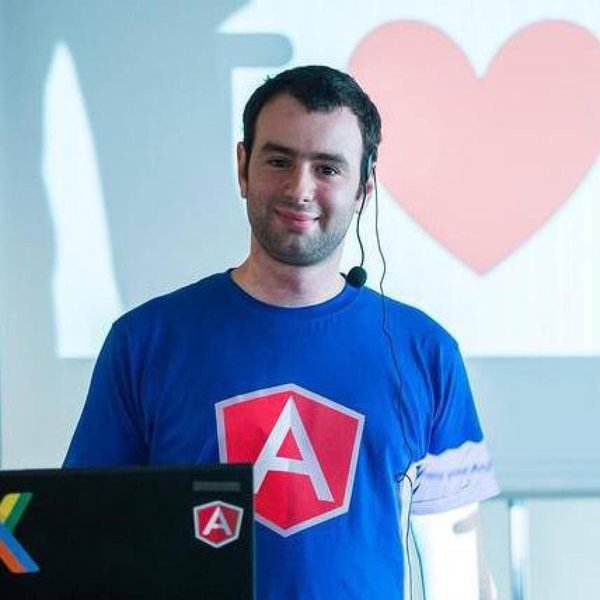 On beyond Arduino Wednesday, April 21, 2021 12:00 pm PDT Local time zone: Hack Chat This event was created on 03/29/2021 and last updated a day ago. Join this event's team Uri Shaked will host the Hack Chat on Wednesday, April 21 at noon Pacific. Time zones got you down?

Thanks all! Transcript coming right up