We're going to be talking about all things magnets

.Join the Hack Chat by clicking on the JOIN HACK CHAT button. Then, request to join #Hack Chat.

@Jeremy is a Mechanical Engineer by trade and full time tinkerer by choice. He specializes in mechatronics, rapid prototyping and magnets. He currently leads the prototyping efforts of in-house projects like the Nanoport . In his spare time, Jeremy hacks together his own projects, including custom headphones, mechanical pens and wallets. He’s also an avid autocrosser.

When used elegantly, magnets create an enchanting user experience. You can see this in everyday products like the Microsoft Surface keyboard, the Macbook MagSafe,the Nano Magenetics Nanoport and the many projects on Hackaday. Despite the benefits, magnets aren’t always that easy to use.

Bring your questions and projects about all things magnetics to this week's Hack Chat!

Here's the list for discussion and questions, add yours to the sheet! 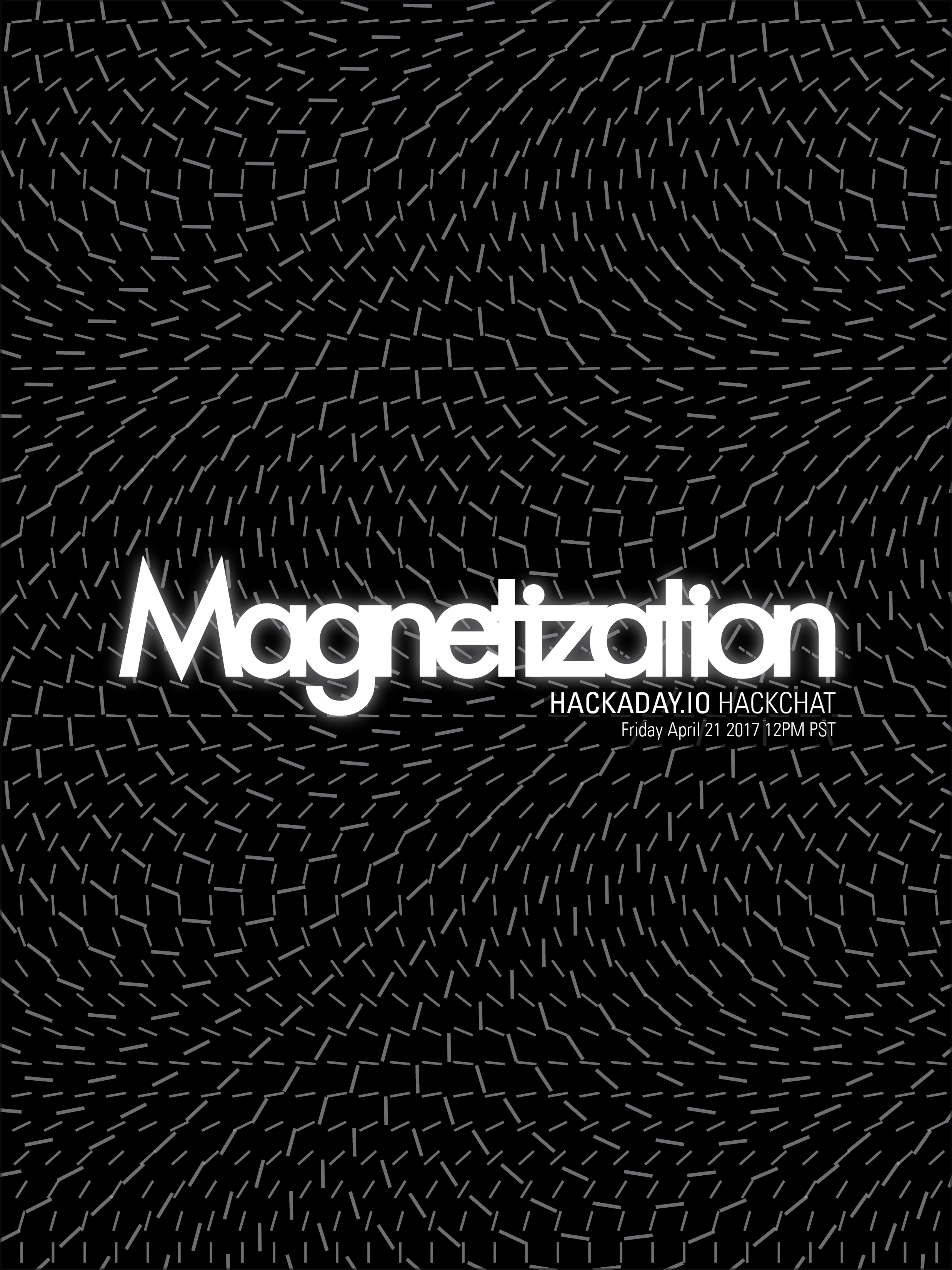