Let's discuss ways that technologists can help to solve this problem! 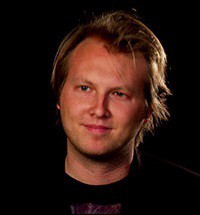 By all accounts, Tito Jankowski has worn many hats. He’s been a biohacker, a hardware manufacturer, a medical device designer, a patent infringer, and a sailor. He co-founded BioCurious, Silicon Valley’s hackerspace for bio-tech, and built OpenPCR, an open source tool for replicating DNA. More recently, Tito co-founded Impossible Labs to find and fund folks that are trying to address the core problems of climate change.

It’s no secret that climate change is an important and complex topic, so it’s really easy to just throw your hands up and wait for the “experts” to come up with a strategy for solving the problem. Is that really in line with the hacker ethos, though? Can we do something about it ourselves? To answer these questions, Tito joined us in a Hack Chat to discuss his work with Impossible Labs and potential solutions to climate change.

Tito: So Impossible Labs wouldn't be the same if not for the Hackaday 2015 conference -- that was where the inspiration kicked off for me.

The winner of "Best product" was this water-saving agriculture project Vinduino. And a whole bunch of the honorary mentions were climate related things, there was a guy with a DIY radiation scope, and also a CNC machine for planting crops. I wasn't a climate change or environmental guy at all. but it kicked off this idea of 'what if as engineers and scientists we had something to add to climate change'?

So Impossible Labs extends from the key idea "what can technologists do about climate change"? We started looking around and there are a lot of innovators working in food, air, energy, and water -- people having the time of their life building crazy amazing stuff. They're not well connected together, and there's not funding for these types of projects -- so that's something we want to help with.

Project 2050 and an Open API for Climate Change

So what goal makes sense? A problem well-stated is a problem half-solved, so to put it very simply, we need to reduce the amount of carbon dioxide in the atmosphere.

Tito: A key factor of climate change as increased carbon dioxide in the atmosphere. The reason it matters is it causes the planet to retain more heat and other side effects.
Recently we've narrowed our focus onto removing carbon dioxide from the atmosphere, called Project 2050.

Project 2050 is a goal to return earth's atmosphere to 300 parts per million of carbon dioxide by 2050. Impossible Labs role is [to] find the entrepreneurs and startups working on solutions, and connect them to support, funding, and opportunities to scale.

So, 300 parts per million... what is that in context? Where are we now? How quickly is that number rising? Surprisingly, there haven’t been many tools to accurately communicate climate change data to the public. As Tito succinctly put it in a recent blog post, the #1 image result for “climate change chart” isn’t from a study, but from XKCD. In fact, only recently has an API been created to track this super important number.

Tito: Carbon dioxide in the atmosphere has been measured every hour since 1975. But the data isn't super accessible. So an international group of programmers and designers launched a new project a few weeks ago, an API to connect to NOAA's carbon dioxide data and make it more accessible.
It's the world's first open API for climate change. Today the API has carbon dioxide going back to 1975, and more coming soon. Here's the api docs to query it: http://api.carbondoomsday.com/#!/co2/list

All the work is open source on Github: http://github.com/giving-a-fuck-about-climate-change it's an incredible team, lead developer Luke Murphy is in Ireland,...