Javascript for microcontrollers is here! Wondering how that works? Know tons about this? This is the chat to discuss it.

@Gordon Williams will be hosting the Hack Chat this week.

In this chat, we'll be talking about programming microcontrollers in JavaScript, using Espruino.

Espruino is a compact JavaScript interpreter that runs on microcontrollers, allowing you to program and debug them from almost any platform with no need for external programming hardware. JavaScript makes it trivial to create power-efficient event-based code, and really simplifies the creation of internet-connected devices.

Gordon Williams has worked in 3D graphics, compiler, and website design, and has been making JavaScript-powered embedded devices for the last 5 years. He's run 3 successful KickStarter campaigns from the Oxfordshire countryside and has shipped over 20,000 Espruino-powered devices, with thousands of third party boards also running the open source JS interpreter. 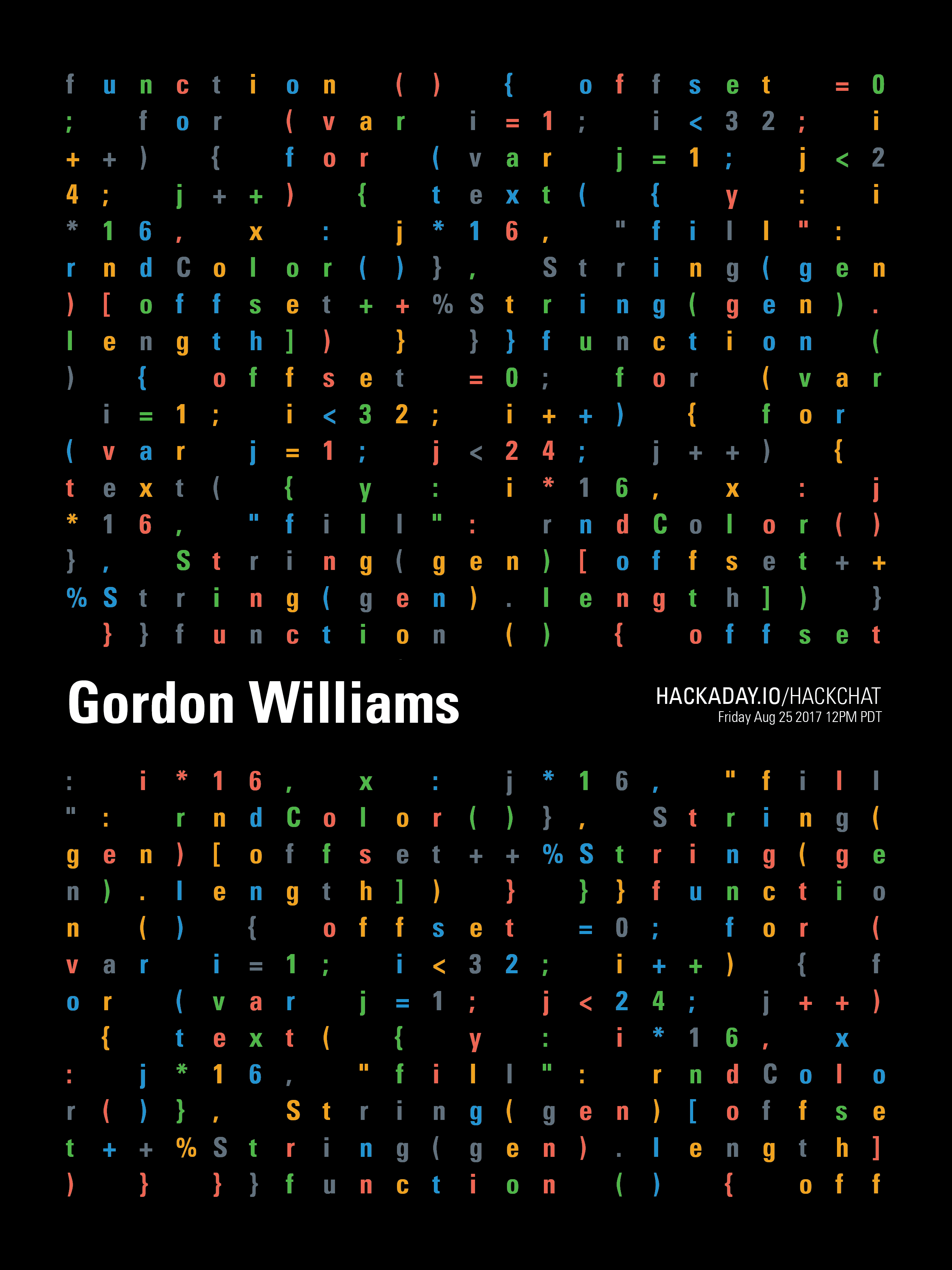