We'll be talking about BeagleBoard projects, communities, and hacks!

Jason Kridner will be hosting the Hack Chat this week.

This Hack Chat is at noon PDT, Friday, October 13th.

The BeagleBoard was first developed in 2008 and has an active community. The BeagleBoard is an Open Source single board computer used in many neat projects on Hackaday.io.

We especially like Bela, an Open Source audio processor for embedded DSP, interactive installations, and any project that needs sound!

We're excited to welcome Jason Kridner to host this week's Hack Chat. Jason is one of the co-founders of BeagleBoard.org and has been working on the support and development of the BeagleBoard since the beginning.

Digi-Key has generously offered to give away two PocketBeagle boards to the best idea submitted. Please use our discussion sheet to submit your idea. It can be something you are already working on.

If you are working on a BeagleBoard hack, please list your Hackaday.io link in the discussion sheet!

The HackChat this week is about BeagleBoard.org. We will discuss:

There will be a giveaway for the two best BeagleBoard ideas or projects submitted! 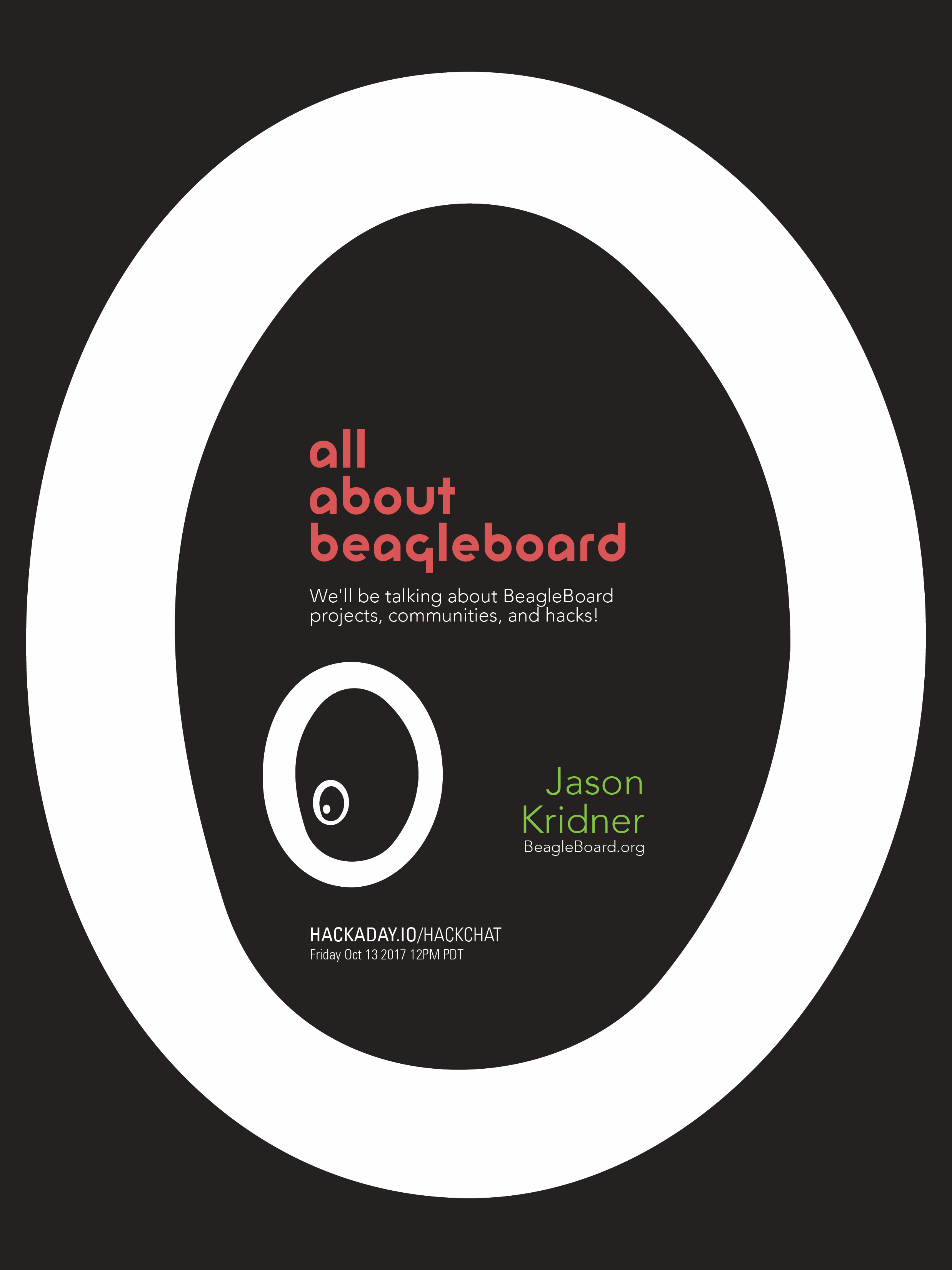 gonna see about working from home so I can drop in for this one!

Should be an exciting HackChat!

Anyone that wants to develop derivatives or expansion boards ("capes") for BeagleBone or PocketBeagle, please let me know: drew@oshpark.com. We like to help Open Source Hardware projects get made.