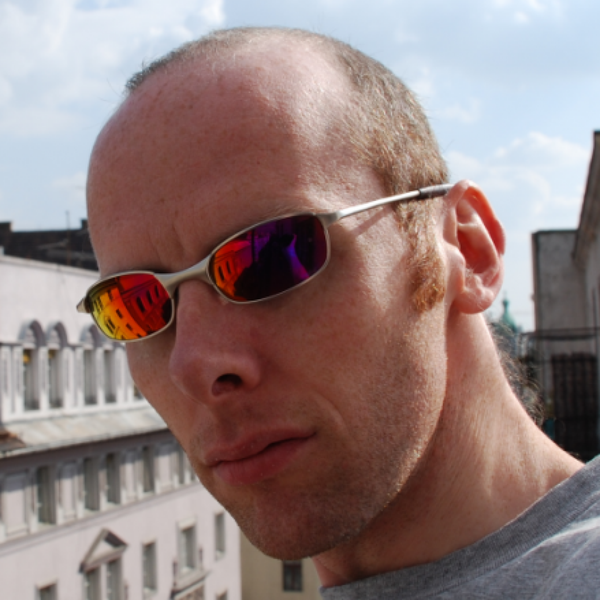 I love writing software and building gizmos using microcontrollers and FPGAs. I also like cats, skiing, opera and tea.

Brian told me to.

My first microcontroller board, built on stripboard out of an Atmel ATmega162. After 10 years writing software for a living I was ready to go back to my roots and play with electronics. I missed the smell of burning tantalum capacitors, see?

An Atmel AVR development board. The PCB is designed to be easily etched at home. The AVR is an AT90USB162, so it will run LUFA nicely. I originally designed this as a community project for the London Hackspace.

I like running VirtualBox guests fullscreen, each on its own virtual desktop. That way I can switch between them with a key combination. But VirtualBox swallows the switcher keys, so I made this thing that does magic key macros.

This uses a Minimus AVR USB board which cost me £2.57. It plugs into a PC via USB and a BBC Micro via the user port. Along with a DFS ROM which you install in the Beeb, it allows you to mount disk images stored on the PC.

The endless arguments about who plays which characters and on which tracks ended the day I made this little Mario-Box for my girlfriend one Christmas. It randomly selects characters and tracks (although it shuns Birdo 'cos nobody likes her!).

This uses one of the cheap Altera Cyclone boards from eBay. It accepts one scanline at 16MHz and replays it twice at 25MHz, giving 640x512@50Hz, which many VGA monitors will cope with. The picture for modes 0-6 is great, but mode 7 is fuzzy.

A development cartridge for the Sega MegaDrive/Genesis. Develop with GCC/68K, source-level debug with GDB and do continuous nonintrusive bus-cycle tracing. Or run standalone and load & play any game ever written from SD-card.

Create your Hackaday.io profile like makestuff and many others