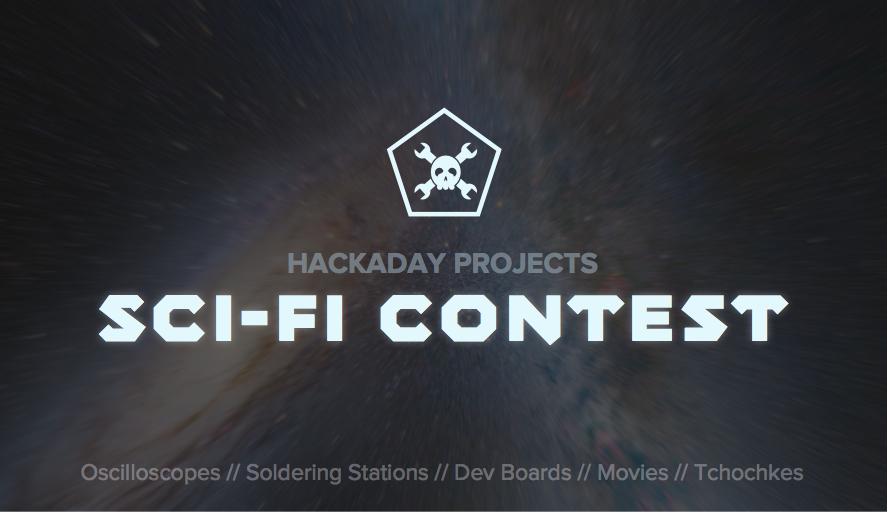 Just for clarity: Most Skulled and Most Followers prizes will go to teams who did not win the Grand or Top prizes.

Winners will be (seemingly arbitrarily) chosen by the Hackaday staff. All judging decisions are final and whining about it is fully expected. Giving prizes out to teams raises some issues so we’ve put together a few packages that each winning team can choose from to suit their needs:

We reserve the right to add more prizes and options to these lists during the contest.

Need some examples to get rolling on this one?

Hackaday Projects opens to the public

cabrera.101 wrote 04/28/2014 at 03:06 • point
When entering the instructions part, the steps get scrambled. What is shown when see all is selected is not what shows when edit is selected.

RodolpheH wrote 04/29/2014 at 19:12 • point
I had the same problem. It was a particular piece of code that seems to mess it up. For me, it looks like there is some code that is executed. Code injection ?

davedarko wrote 04/09/2014 at 10:20 • point
When you sort the entries with a tag by most skulled, my project won't show, but when you sort them by newest it will. And yes, i looked through all three pages ;) in my first attempt i misspelled the tag and had to correct it, so maybe this is the reason? The comments count isn't right either, I only have 3 comments but in the entry list it shows 4 comments.

Gavin169 wrote 03/28/2014 at 14:34 • point
Good because I may have added a whole extra level on top of this one. May make that an entirely new project though, building on what i have learned.

Gavin169 wrote 03/28/2014 at 14:28 • point
What if the project is still running and being regularly updated, will there be exceptions. Everyone knows some can never be finished but continue to evolve :)

Mike Szczys wrote 03/28/2014 at 14:30 • point
I think the point is for your write-up to be complete. Obviously there's always one more killer feature to add to your hardware hack. But laying out the idea, the build, and the current results are the items that make an entry complete.

You can drag and drop images. You can also click on a blank line to pull up the context editor, and click the picture icon.

You can find more info on the editor features here: http://hackaday.io/project/46/log/460

dl_evans wrote 03/18/2014 at 12:47 • point
A friend of mine helped me build my Tesseract case http://hackaday.com/2014/03/12/prop-replica-tesseract-case-has-some-serious-tech-inside/ but doesn't have an account. I wasn't sure if I could enter the contest since I'd be "alone". The project page is here: http://hac.io/project/533-Tesseract-Case I'm adding as many details as I can. If I can't enter the contest, no big deal. I was excited to be on HaD at all.

Mike Szczys wrote 03/17/2014 at 21:14 • point
You may make as many entries as you wish. The only caveat is that we're the ones that decide if they are "complete" entries or not. So don't skimp on the details!