I needed a 7.2V battery pack for an ongoing project. Too lazy to go and buy pre-made packs, I made my own.

The cells are bog-standard Lithium-ion 18650s recovered from laptop battery packs. I cycled them twice with an Accucel charger to check the capacity. Surprisingly enough, they still had 80% of their original rating, after more than 7 years! (we'll see how it evolves over time...). So, 7.2V, that means two of them have to be connected in series.

Now, those packs need some extra care: you have to protect them against deep discharge, overcurrent, overcharging, and you also have to balance the individual cells. Luckily, you can find separate protection circuits on eBay, sometimes for less than $2! 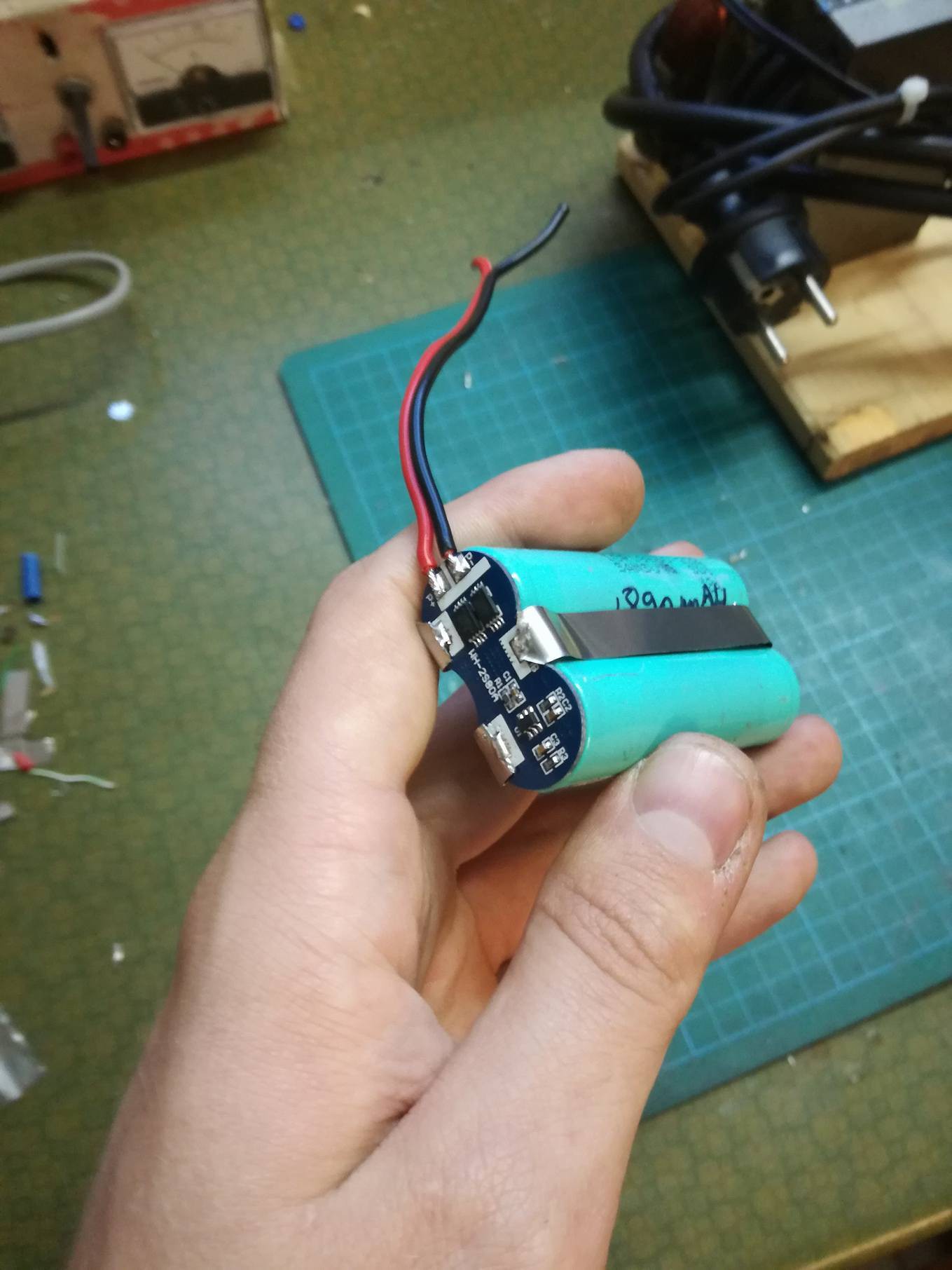 Hooking them up is a project in itself. I didn't feel safe heating the battery terminals up to 350°C in order to solder wires directly to them. Besides, they're a royal pain when it comes to tinning those big, heat-sinking terminals. I thus spot-welded them, as they were originally intended to be. My technique is still far from perfect, it's the first time I did such a thing. 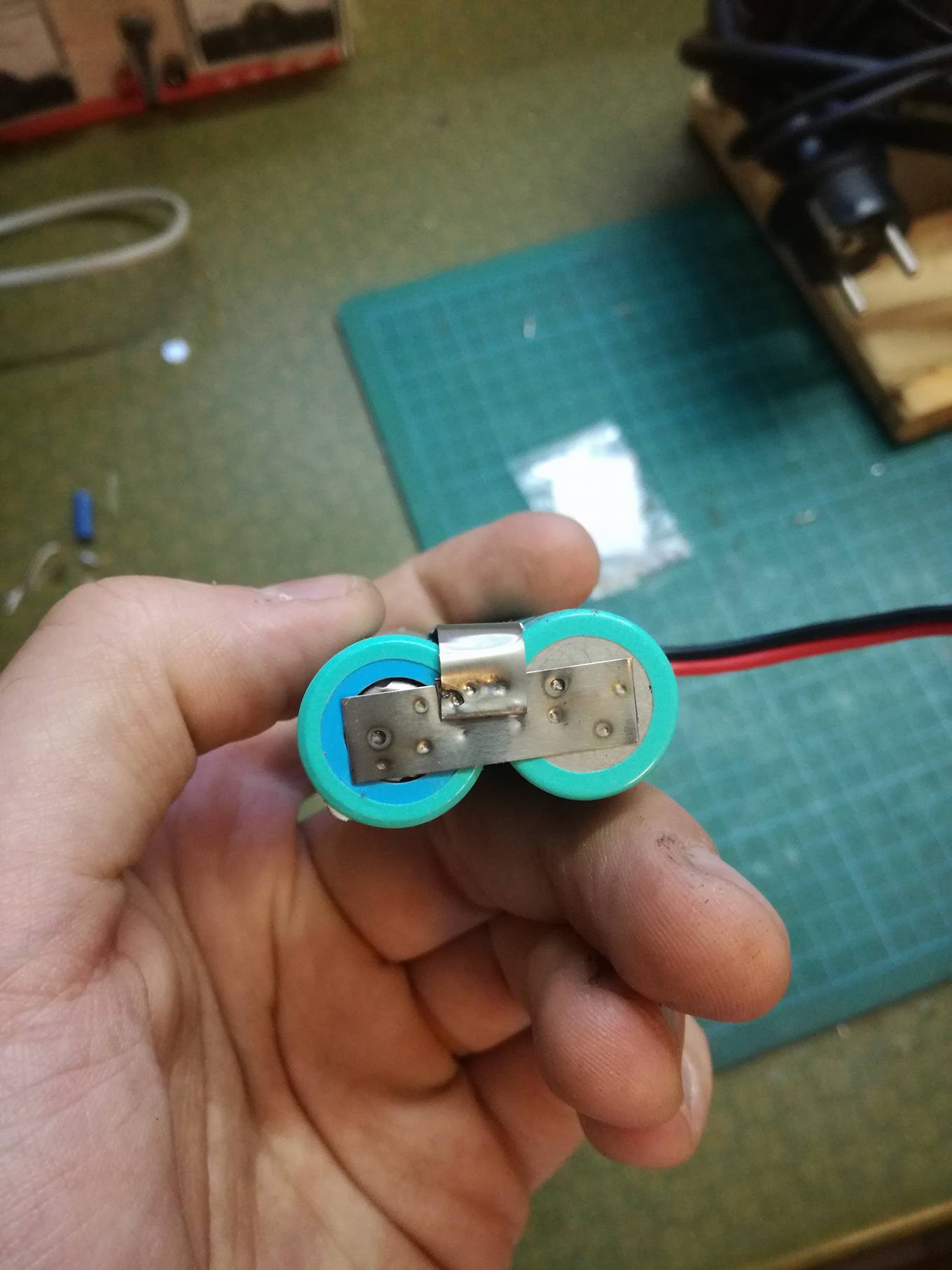 The spot welder is also home-made: it's an old microwave oven transformer whose 2kV secondary winding has been sawed off, and replaced by a few turns of low gauge wire. The electrodes are also made of a single core, low gauge piece of wire, with filed, sharp tips. The primary winding is wired straight into the 230V mains, through a big DIN relay, itself switched by a small handheld button. I still have to build a holder for the electrodes (and maybe make them a tad bigger, they tend to heat up)... But it works!  I'm still waiting on the heatshrink tubing to protect the finished packs. 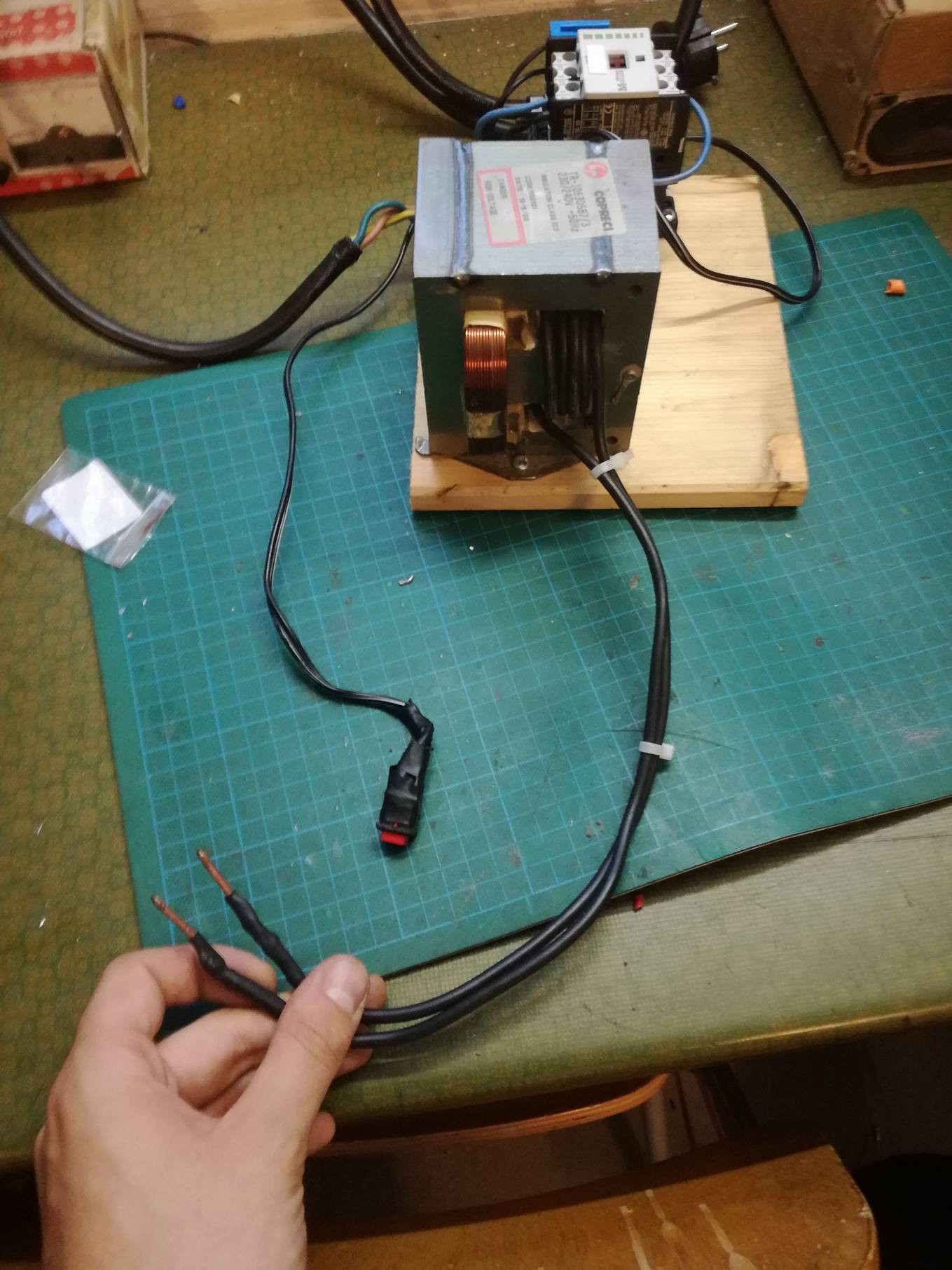 This can of course be scaled up to any battery size, rating, voltage, etc... You can find protection circuits for Lithium batteries on eBay from 1 to 14 cells, and up!