FrankenMac: Cobbling together a Mac Pro

Over the last few weeks i was given permission to scavenge some parts from the pile of dead/retired Macs at work.

These old Mac Pros ran our recording studios, and did a cracking job at it at that, for years before being upgraded to more modern machines.

The base model I'm working on is an early 2009 model, based on the configuration of it. I've added some RAM to take it up to 4gb for now, and have added the later-model Radeon graphics card to replace the Nvidia GeForce GT 120 that was in it.

Tomorrow I will see if it posts; if it does it'll be time to wipe the drive, reset admin bios passwords and reinstall an operating system.

I'm in two minds whether to use it for my brass recording work (it would be an absolute beast to use with my Behringer X18 mixer) or to use it as a server. 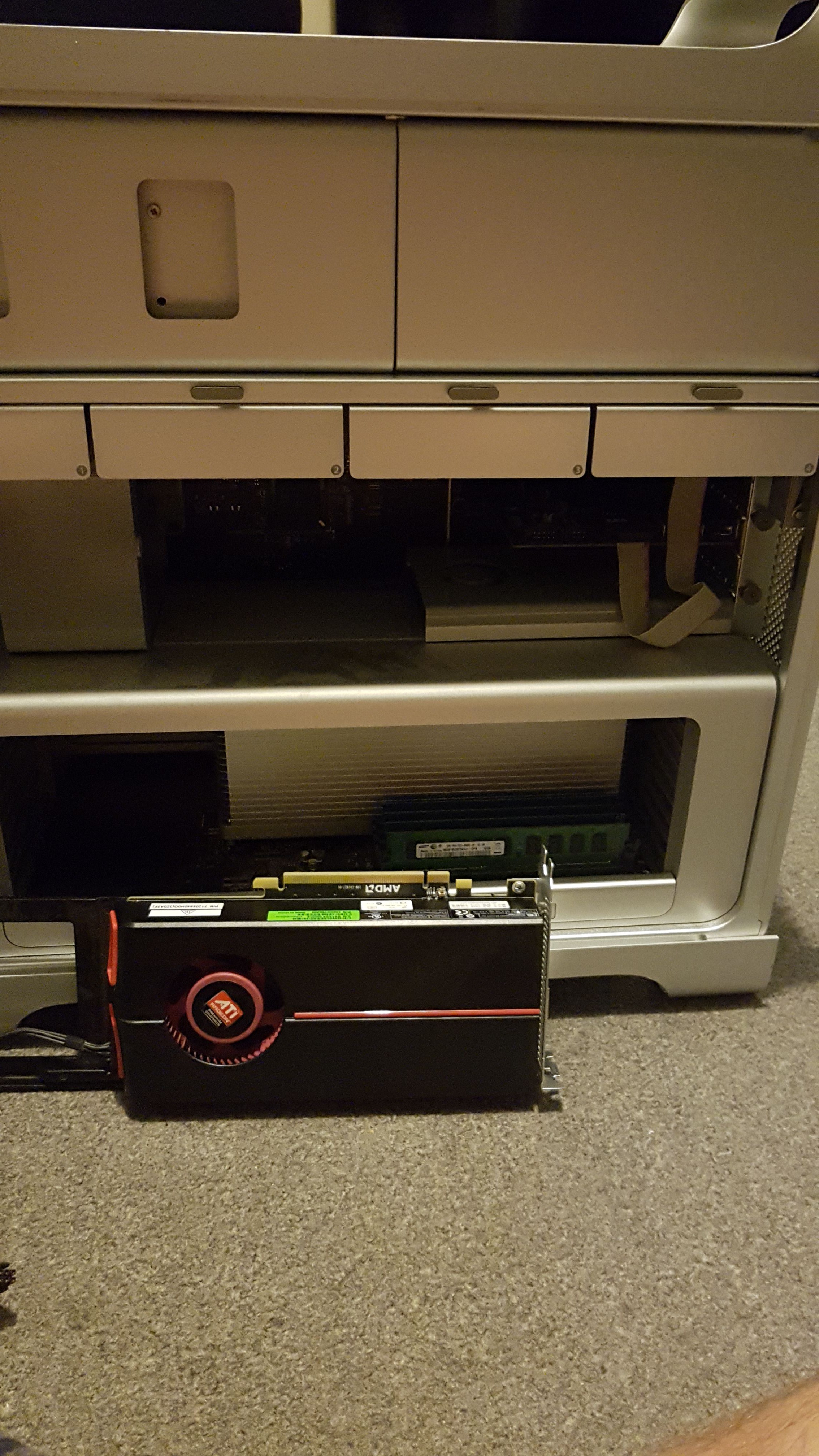