I modified my Eurorack Wasp filter module a while back, adding a 10k resistor to allow it to self oscillate as suggested on the Doepfer site. However I found it didn't work well, it would only really get oscillating in a limited range and above or below would drop out again and stop. To try and improve this I added a 20k trimmer pot instead, and also tweaked the two existing trimmers, which are for the offset (left) and range (right) of the frequency control, I believe. Now the oscillation has a pretty full range, and the pot's range is more playable, previously quite a large part of the turn cut out the sound entirely. It still won't start oscillating at the extremes of the range but works well for my purposes. Haven't measured the resistance of the trimmer I added but it ended up lower than 10k presumbaly 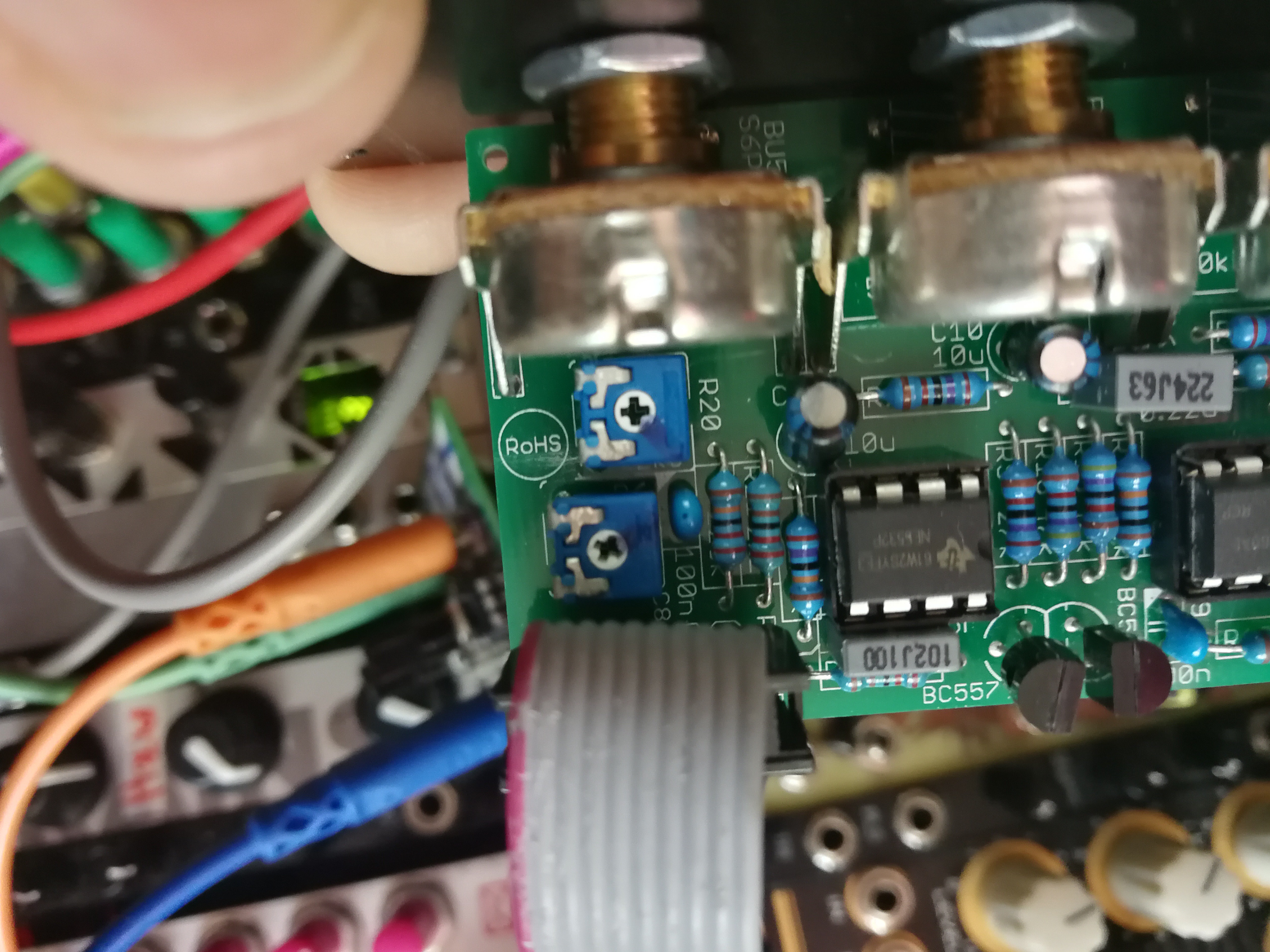