I wasn’t always the world’s foremost authority on anything and everything to do with electronics (well, this is what my dear old mom believes and what she tells her friends, and I’d like to think I’m not the sort of chap who goes around disagreeing with his mother).

When I first started out in electronics, I didn’t have a clue. Even worse, if there had been such a thing as a “pit of misconception,” I would have tripped over my own feet and fallen in face-first.

When I was about 10 years old, my parents gave me an electronics kit for my birthday. It was one of the ones where you used springs to hold the ends of the wires you used to connect the various components together (a simpler version of the Elenco 130-in-1 Electronic Playground you can purchase on Amazon today for around $45). This came with an instruction book. I ground to a halt when it started talking about “resistor bridges” without explaining what they were waffling about because -- in my mind’s eye -- I was visualizing the resistors acting like the cables in a suspension bridge.

Over the years, I’ve taught quite a few people about electronics and microcontrollers. These folks have ranged in age from around 14 to over 70. The one thing they had in common was that they started off knowing nothing whatsoever about electricity, electronics, and microcontrollers. In the course of teaching them, I realized where they were making misconceptions; almost invariably, these were the same misconceptions I’d made myself deep in the mists of time.

Now, there are some great kits around, especially for learning things like the Arduino. The problem I have with these kits is that you learn how to do things without actually understanding what it is you are doing at the most fundamental level.

I also think it’s wonderful that beginners can use breadboards and pre-constructed flying wires to create prototype projects without having to cut wires and solder things -- I do this all the time -- but at some stage you need to go beyond breadboards, so where do folks go to learn these skills?

I’ve been thinking about this for a long time. What I want to do is write a series of small, non-threatening columns that really explain the fundamental concepts, including things like stripping wires, soldering, using a multimeter, creating projects from the ground up, and debugging these projects when they don’t initially work (the story of my life).

I can’t stop myself from saying that I think this this is going to be “Cool Beans.” I was introduced to this expression when I first moved to the USA in 1990 (I moved from England to Alabama for the nightlife -- that's a little Alabama joke thrown in for free right there), and it stuck in my mind. I now find myself saying this all the time; I even have my own Cool Beans Blog. 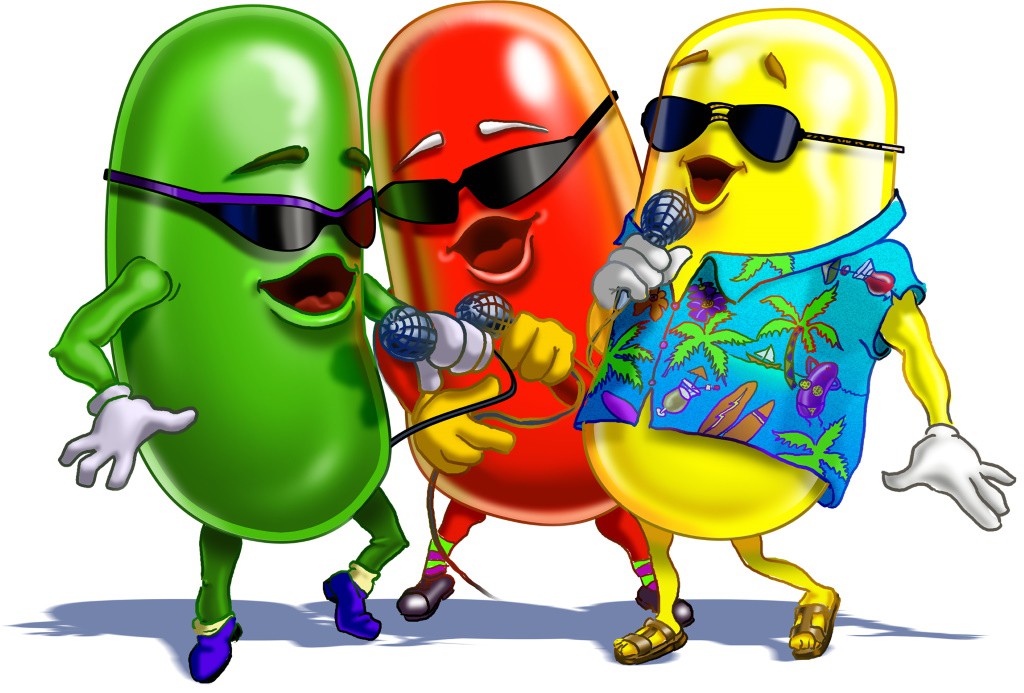 My plan is to start with things like switches and resistors and light-emitting diodes (LEDs) on their own, and to add a microcontroller like an Arduino later. What I want is to provide a real sense of understanding, including answering all of the niggling questions that pop into people’s minds.

For example, when you are reading something on the internet, you might see one person write “a LED,” while someone else might write “an LED.” Hmmm, ‘a’ or ‘an’ -- which is correct? Well, both of them, actually. This problem arises from the way in which the author says things in conversation, because that’s the way she or he will think about it when they write things down. Some people say “LED” to rhyme with “bed,” in which case “a LED” would be appropriate. By comparison, other speakers will spell things out letter-by-letter along the lines of “L-E-D,” in which case “an L-E-D” sounds more pleasing to the ear.

In my next column, I plan on introducing the concepts of voltage, current, resistance, and charge. Next, we’ll look at things like conductors and insulators, along with batteries and components called resistors. Later, we’ll ponder breadboards and pre-constructed flying leads, plus the types and values of components it’s useful to keep on hand (resistors, capacitors, diodes...).

I also think it’s worth taking the time to consider some basic tools and techniques, like how to strip a wire and how to solder things together. As part of this, we’ll discuss things like cheap-and-cheerful multimeters and how to use them.

Later, we’ll move on to switches and diodes and LEDs. And then we’ll start to bring microcontrollers into the picture, which is where the fun really starts.

Until my next column, I welcome your comments, questions, and suggestions.

Also my YT channel is https://www.youtube.com/channel/UClUqMDqlPIhJpnaP3rK5a6w?view_as=subscriber

I like to do things the hard way and LL is just right for my ageing brain. Yes I saw something like that somewhere about the neon tubes but need to search again. I am doing this for the same reason, looking to see how far back a logic gate could have been produced without relays or vacuum tubes. The properties of CdS had been known well back into the 1800's and even have an idea to use a candle and some sort of shutter. Feel free to message me if you want to :-) With the LLTP I am going to use just Nand logic.

Exactly the way I started and continue to learn since the 60's. Getting involved in Ham radio in 74 helped me understand basic electronics back then.

Thanks for your support -- I'm not sure if you've seen Part 7 ( https://hackaday.io/page/8966-electronics-microcontrollers-for-absolute-beginners-part-7 ), but I think this is where things start to get interesting. On the one hand I don't want to bury beginners in math -- but on the other hand I hate it when people just throw an equation at you without explaining where it came from. I'm hoping that over time this series will build up to being a really useful resource for beginners.

Oh yes, I read up through chapter 7 this morning. Your style reminds me of the Forrest Mims series back in my day. I think you have a very good series started here :-) I am developing a logic system called Light Logic that uses only diodes and resistors for inverting logic. Take a look if you would like to #LIGHT LOGIC - HIC SVNT DRACONES  It is a bit odd but also Cool Beans :-)

Your light logic is a great idea -- I saw something similar a while back using neon tubes and LDRs -- the idea was to build a computer using only technology available in 1900 as I recall -- I look forward to seeing how you get on with this. I also love your LightChord project. If you get a moment, check out my Cool Beans Blog https://www.CliveMaxfield.com/coolbeans   Also my YouTube Channel with my 12 x 12 ping pong ball array https://www.youtube.com/channel/UCQVqp_L4hKqF1uZ3tNo5MDw