Actuators and the Forearm!

A project log for Raimi's Arm - Bionic Arm for Kids 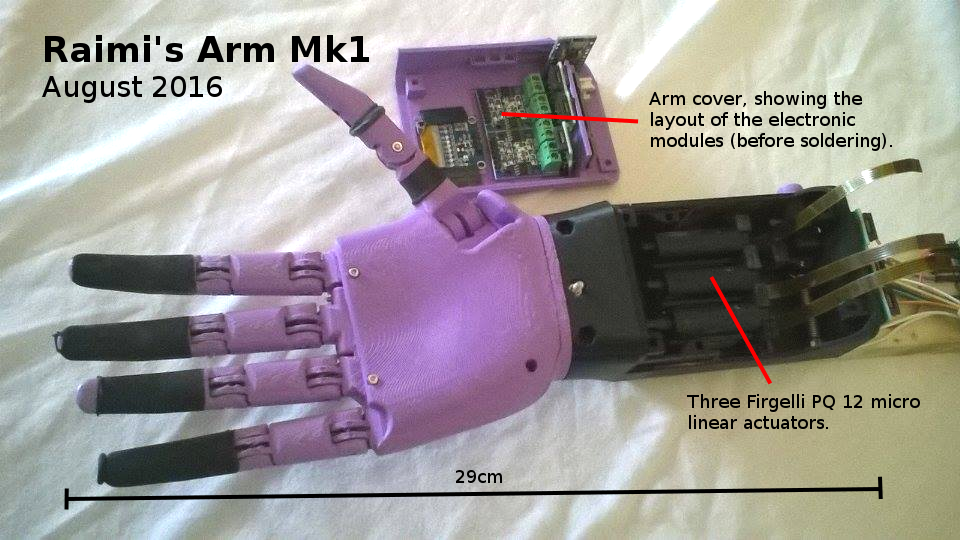 Things have been busy here at bionic arm HQ. I've been slack about doing updates, so there's lots to tell.

Firstly, I decided to sort out the actuators. My requirements are fourfold. They need to be strong, know when they have reached their limits, and be capable of sensing when force requires them to stop – some kind of force feedback. They also need to be really small, and easily available off the shelf.

The force feedback thing was the tricky one. This is necessary when you grip something large, and tell the hand to close around it. It physically can't close all the way - and without some kind of feedback, the actuator will keep trying to close, and potentially damage itself.

The micro servos I was using were not strong enough, and full size servos are too large to fit in a child's forearm. I explored miniature gearbox motors for a long time, eventually designing a prototype that 'might' have worked, but was fiendishly complex. In the end I reluctantly declared that a blind alley, and bought some Firgelli micro linear actuators. I was hoping to find a cheaper solution, as I want the arm to be cheap to build - three Firgelli actuators costing £180 in the UK. Now that I have them though - I love them! Small, powerful, and with an internal potentiometer, which I can use for limit switching, and a force feedback equivalent.

You'll see on the picture that I now have the forearm built as well. It was quite a challenge to squeeze all the electronics and three actuators into a tube twelve centimetres long. But I think I've succeeded. I'll know on Friday, when my dad comes to solder everything together. I had to ditch the rtc module, which was a shame, just not enough room. Wiring diagram below. The arm is powered by a rechargeable 12v power pack, which will live in a pocket, or on a belt.

You'll also notice that the fingertips are rubber coated for grip. After lots of experimentation I found that modelling balloons are the perfect size, and really grippy.

I've also built the rotating wrist mechanism, and made some nifty changes to the tendon system, but more about that in the next update.... 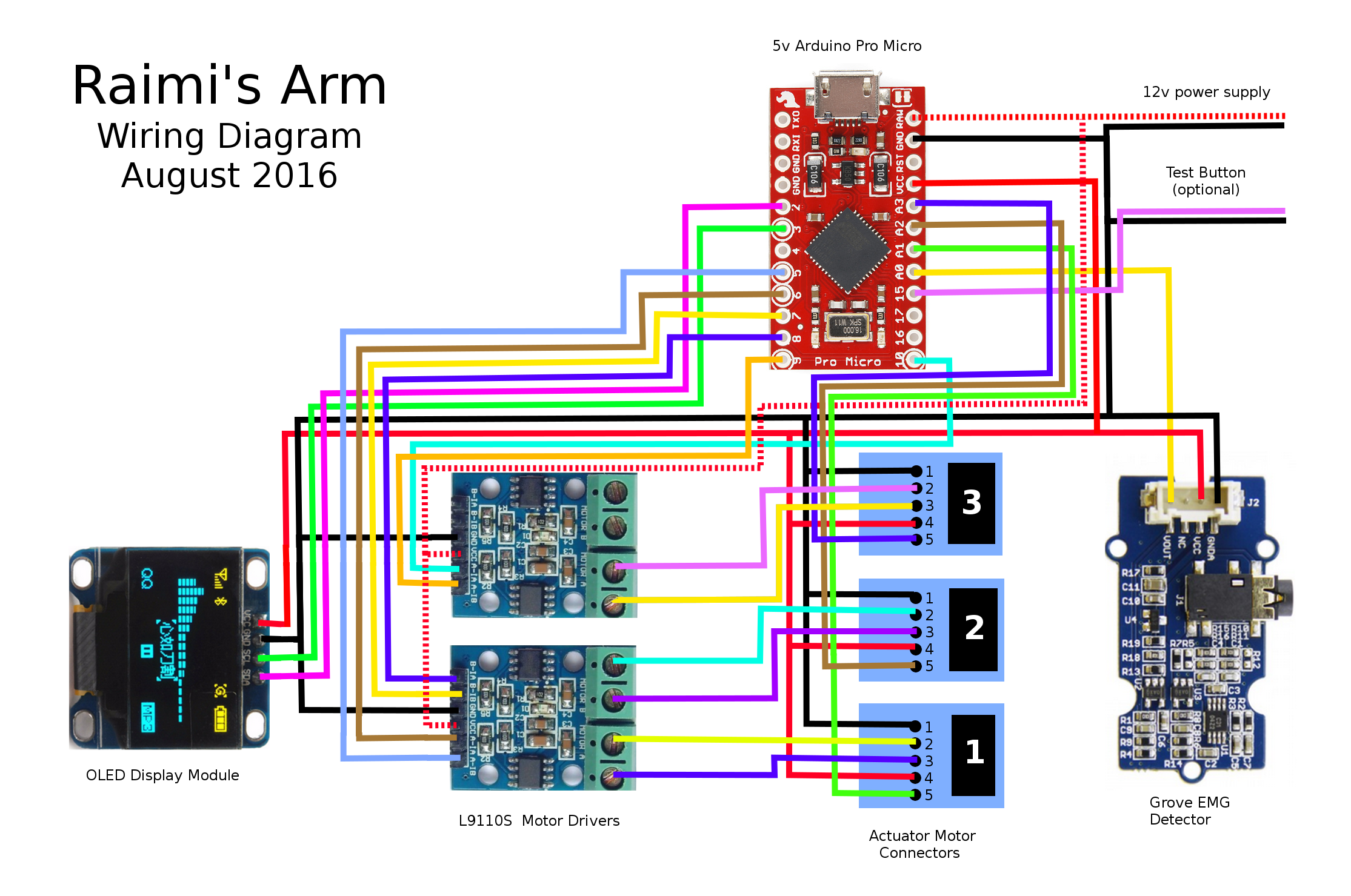 Soldering, and the limitations of quadriplegia.