One day I stumbled upon Chris Strellis' Korg DW-6000 256 Waveforms Mod. What a great mod, I thought, but unfortunately Chris didn't want to share his overengineered (at least that's what I was thinking back then...) CPLD design. Furthermore, I like the factory look of my gear, so cutting holes is definitely a no-go. My DW-6000 was broken, so I spent a reasonable amount of time fixing it. Reading schematics gave me this crazy idea, that if I could drive the unused half of upd7810's port B, I could address 16x more waveform memory than the DW does just by soldering 4 wires from the CPU to the ROM chips. That sounds way more simple than using a CPLD chip.

Well, let's see if I manage to reverse-engineer this thing and squeeze some code in 72 remaining bytes...

Korg DW-6000 is a 6 voice polyphonic synthesizer from 1985. It's hybrid, because its tone generators are digital (sample based), but amplifiers and filters are analog. DW-6000 has been superseded by his bigger brother, DW-8000 which featured more waveforms (16 instead of 8), more voices (8 instead of 6), digital effects section (well, I think that the DW-6000's analog chorus is way better than DW-8000's digital delay, but you know, back then - c'mon - it's digital dude, and digital is better).

This is how it looks like on a block diagram: 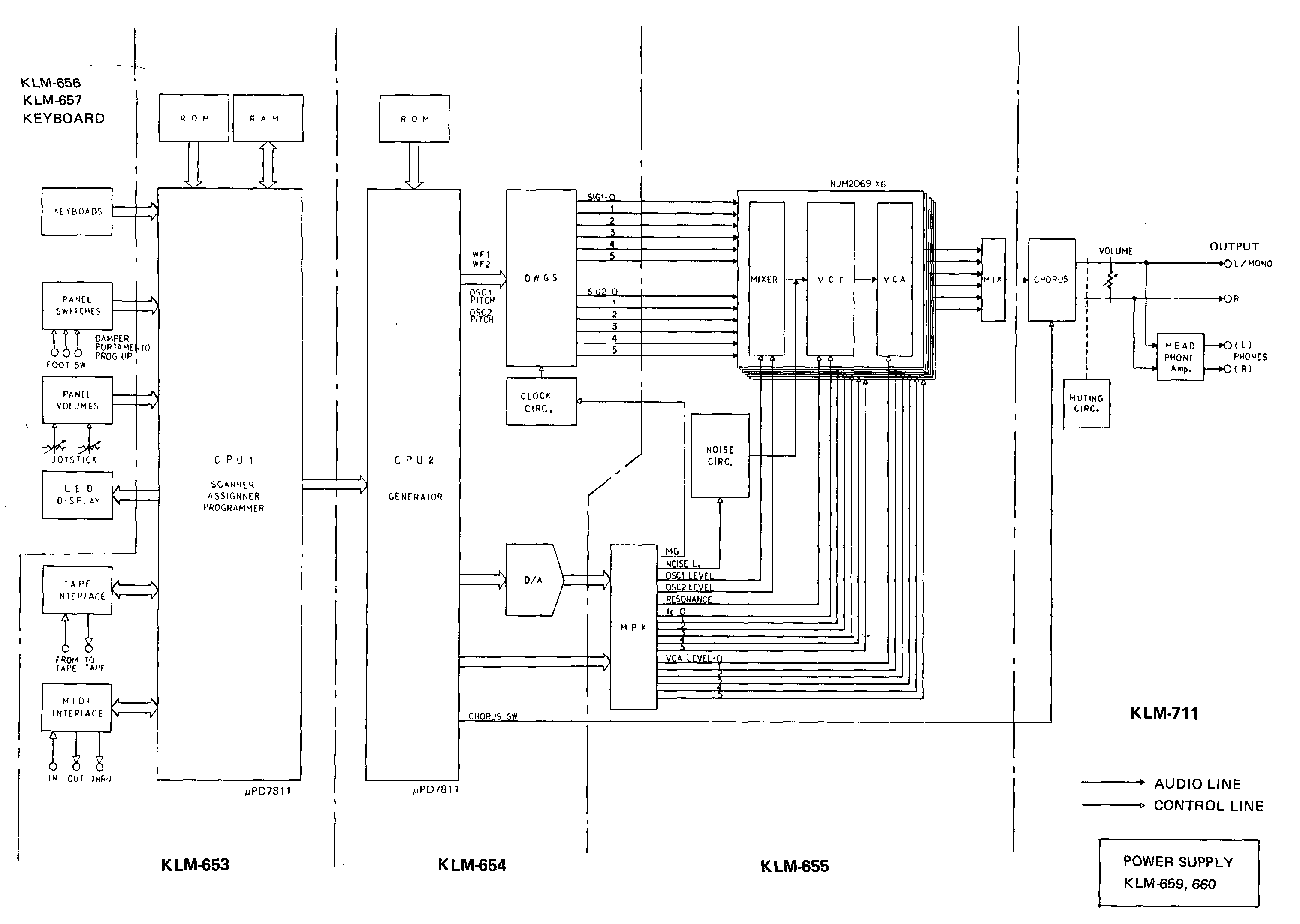 The idea (at least from electrical point of view) is fairly simple: 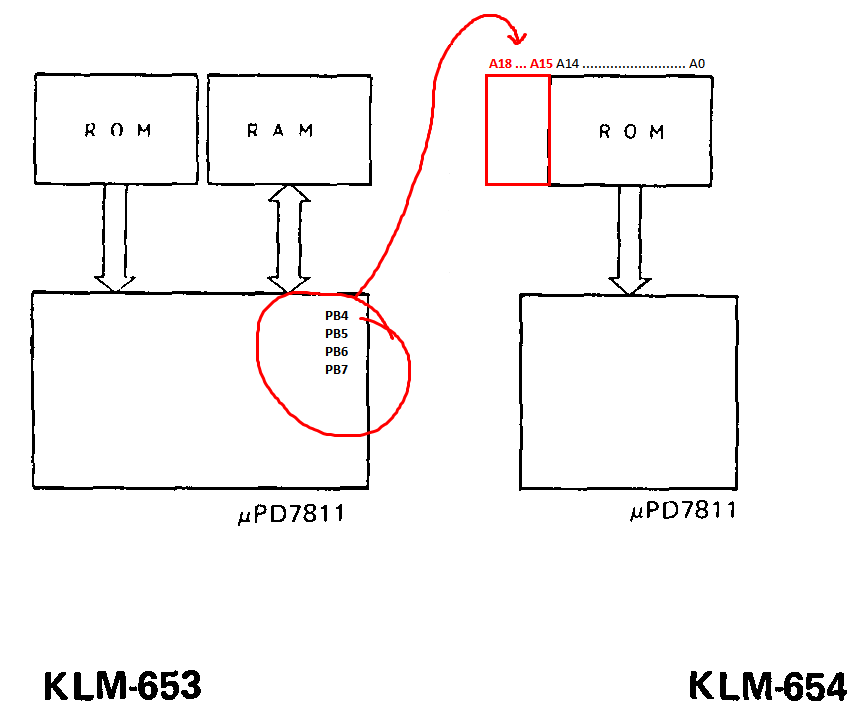 P.S. I have started this project some time ago and I didn't pay much attention to logging activities, that's why I'm adding a whole bunch of stuff right now and that's also why I'm missing some dates. Once I'm happy with my backlog, I will make this project public and start logging things as they appear.

This is supremely cool, will this work for the DW8k too??

Hi Mike,
As is - no.
Sadly, neither Mateusz nor I own a DW8k, so there's not going to be a version for 8k in the foreseeable future.
BUT - If you unsolder the WaveROM EPROMs and replace them with Sockets, the DWLUTION Waveform Manager in the package allows you to feed your DW8K with new waveforms. Not more of them, though.

hell yeah, that's still insanely cool! do yinz have the PCB's for sale or anything?

Please be patient, this weekend we'll release V1. If nothing unexpected happens that is:)

Well, we're almost done, just some documentation and we're ready to go. Unfortunately I'm a little bit sick right now and can't finish the docs. This weekend, maybe next should be ready.

We're not going to sell it, just release firmware, PCB files and DWM for free. However I do have some spare boards and stickers.

Both.
To address the expanded Waveform memory, a change to the firmware is made.
For the time being, this is the only thing added.

We're pondering additional changes, but memory within the firmware is limited, and some stuff is simply not worth the hassle - think "Filter Switch" known from the Poly 800 as an example (been there, done that, kicked it out again. That 2069 filter just sounds sweetest at 24dB/O).

Well, Mateusz is the Pro about the 7810/11 processors, but basically they do have a limited address space, so just bigger eproms won't do the trick.
Personally, I usually opt for "naked" ATMegas/Tinies to avoid the Arduino overhead. Did serve me quite well on the UI mod to my Poly.

Please don't call me that, the fact that I made some disassembly and wrote new code, doesn't make me one. Let's say I'm just a reincarnated dinosaur :) Oh, and don't tell anybody, that we already have some BIG ideas :>

You know that one much better than I do, so from my perspective you're the pro there.
Doing my best to keep my mouth shut XD

It definitely would... right now, the SysEx format pretty much mirrors the layout of the patches in RAM.
Maybe, at some point, and depending on how the project continues, something might be done about it - but most likely not before an additional MCU is utilized.

Let's just say - we're nearing public release of the first version (...I'm not the boss here, just contributing a bit where I can).
Absolutely with you on the DW6Ks sound. And, when fed with more classic waveforms, it goes really FAT. (My favorite bank right now consists of samples from Behringer D and TT303)

Microcomputer that runs without a CPU
Project Owner Contributor

Time from space on an ATTiny13A
Project Owner Contributor