Great Scott made a great video about repurposing an old PS3 power supply. In addition to being a convenient form factor for my project, it provides two voltages- 5V at 3A and 12V at 32A. I've abandoned my idea of using 3 power supplies in favor of using one SUPER power supply that I believe will be more robust and reliable. I will be connecting the 5V to a AMS1117 3.3V linear regulator to power the ESP8266. I'll connect some right angle banana plugs to the 12V terminals and use all 32A of the output to drive the LEDs. I decided to use the thin 1/4" underlayment plywood + two bent pieces of acrylic + a bunch of hot glue + some wood glue to build the LED driver enclosure. 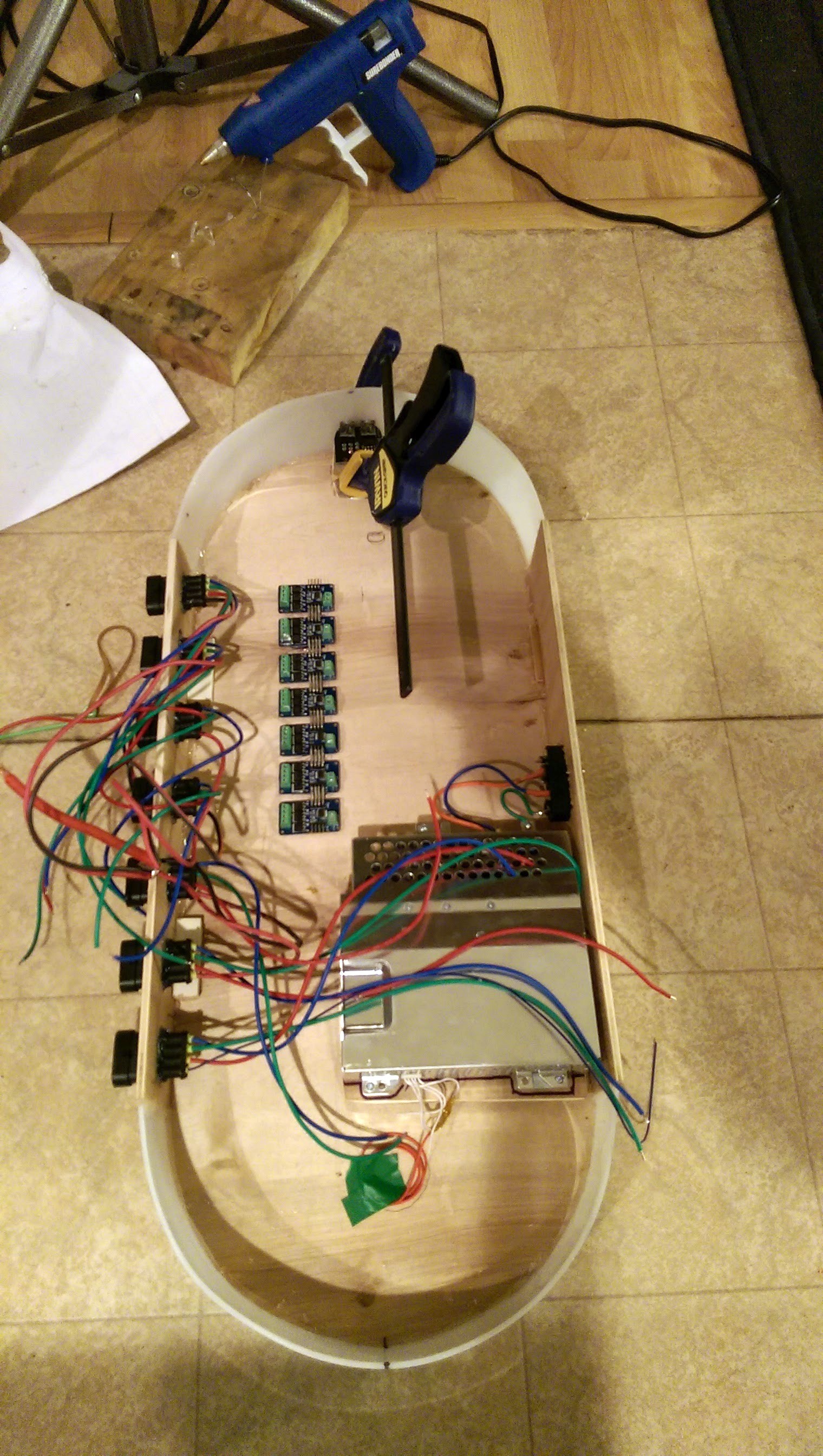 After this photo was taken, I've added the front panel which connects via two 7/16" wood dowels. I've also added two small 12v fans right next to the PS3 power supply.

This week, I noticed a new kickstarter project called LongPixel. Basically it's the same driver as what I have in this project, except it uses a WS2801 instead of the P9813 chip. It's good to know that if my cheaper boards don't work for some reason, the guys at Maniacal Labs have my back.