I knew that the weak adhesive backing would not hold my strips in place for very long, so I peeled off some adhesive backing, stuck the strip in, and put some hot glue over the edge of the strip near the last LED. This worked well, but I did not take the time to scratch up the inside surface of the PEX tube to strengthen this glue joint. We'll see how long it lasts. For now, the LEDs seem to stay in the tubes just fine.

I had an incident when installing one of the shorter tubes: my machine screw caught on the (completely cool) hot glue insulating the wire ends of a strip. Because I was using a powered screwdriver, it tore the other end of the strip free from the hot glue and started wrapping around the glue-contaminated screw. Luckily i don't think it ruined the strip (I will test it to make sure). So I learned something about threads touching cooled hot glue: My glue has a tendency to catch and become one with a turning screw if allowed to press against it. 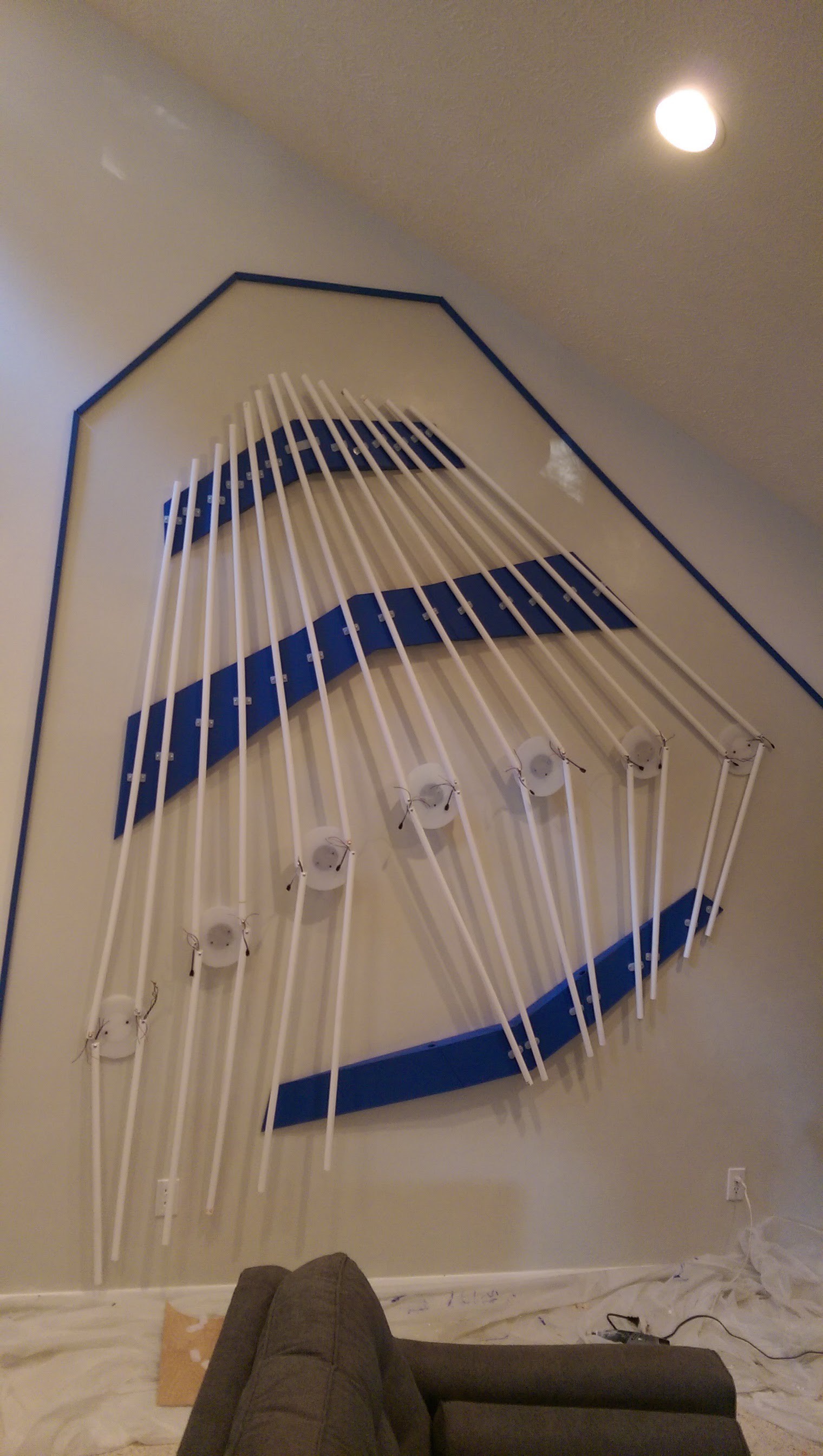