This companion robot, 9000 farads of super capacitance, spends less than eight minutes feeding--then 75 minutes or more she can be a buddy.

This mechanical pet can wander around and interact with a human master. She can travel for 75 minutes, find her recharging station and fill in less than eight minutes (super capacitors are used for energy storage). She talks, chases a ball and stops or changes direction rather than crash into her buddy, the frog.
Using capacitors as an energy source enables this free roaming bot to be available over 90% of the time; an availability that battery powered machines will find tough to match.

Using three 3000 farad capacitors and a 3d printed chassis, this robot can move around for about 75 minutes on a charge.

As much as I like the look of wires, gears and micro-controllers, Little Friend needs a better "look" to work for normal people. My wife will help with the artistic side. 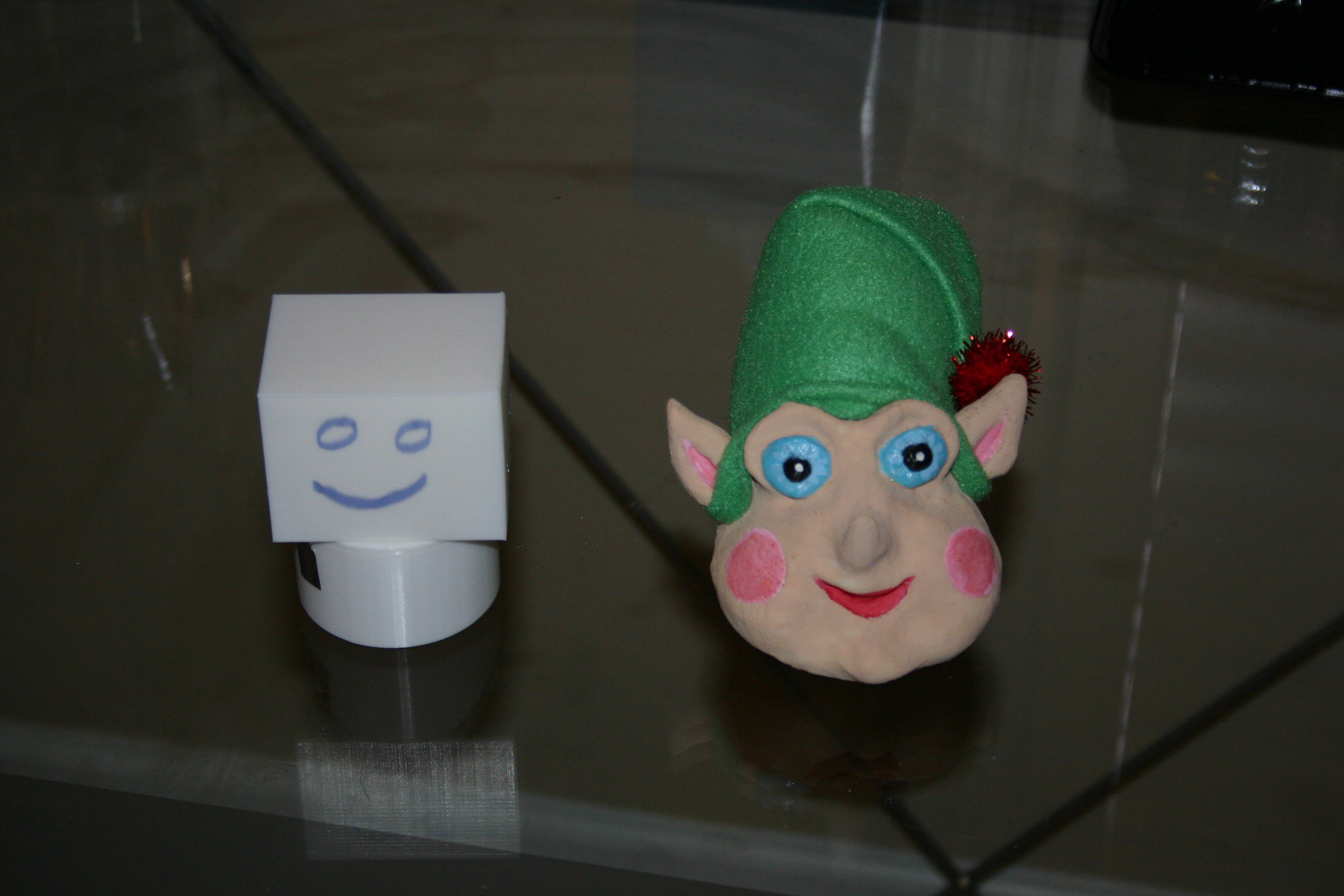 For example, above on the left is my idea of a head while above on the right is her translation of what I wanted.

Challenges will include cost (capacitors and charger), power consumption, feature creep, stair avoidance and features like eyes or a head.

I actually think this is pretty cool. It's like a roomba meets a furby.

The 2016 Hackaday Prize
This is a techno/art installation to be displayed in the community--similar to old time holiday window displays.
Project Owner Contributor

Fling the thing with a catapult, find it, bring it back, repeat.
Project Owner Contributor