This companion robot, 9000 farads of super capacitance, spends less than eight minutes feeding--then 75 minutes or more she can be a buddy.

The time has come to mount (3) 3000 farad capacitors on Little Friend. The idea is to set them up in series, so the end result will be 1000 farads at 8.1 volts. I had to design and 3d print some brackets (files included in this project). 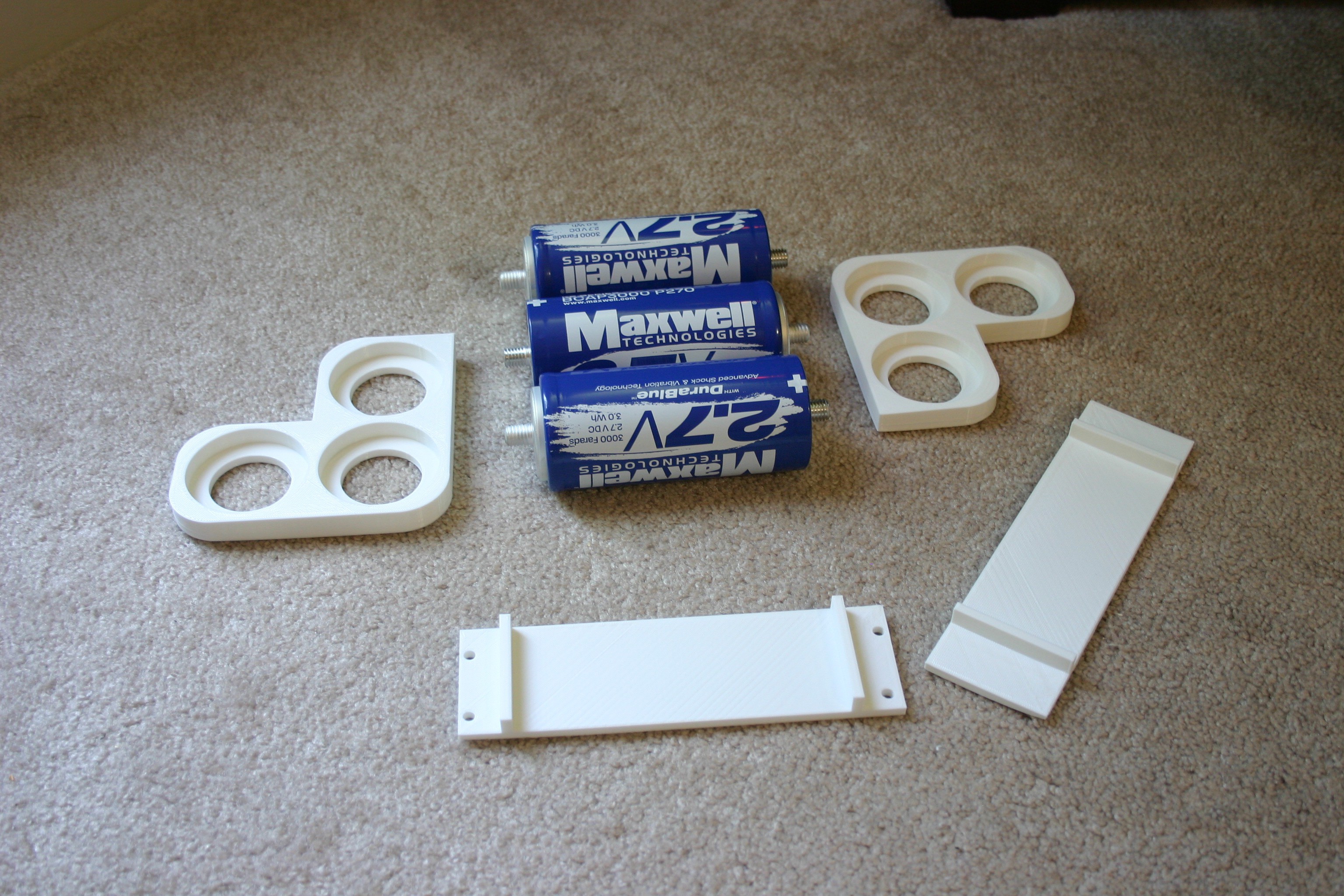 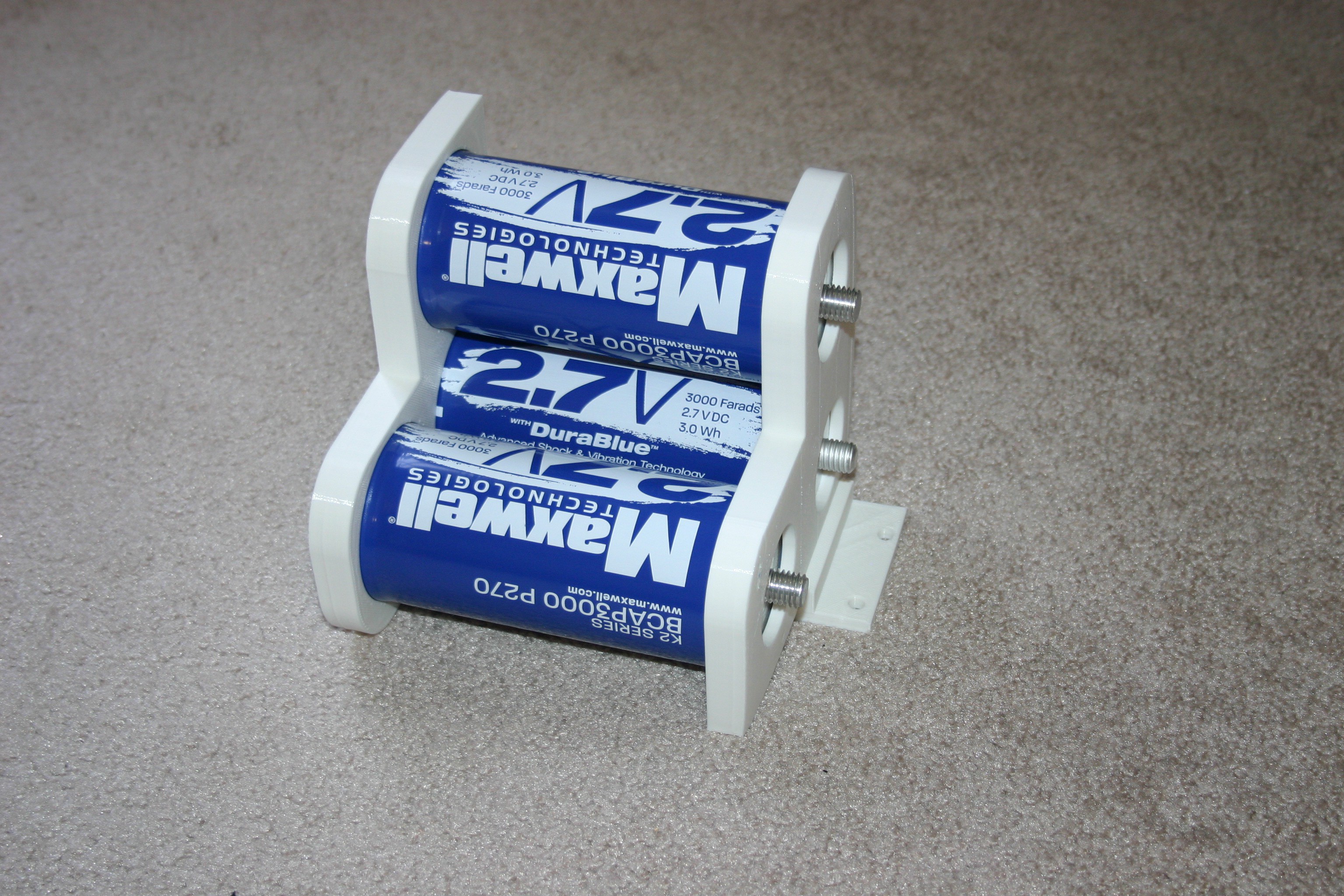 Next, I melted the top bracket (which will be an electronic shelf) onto the end pieces. 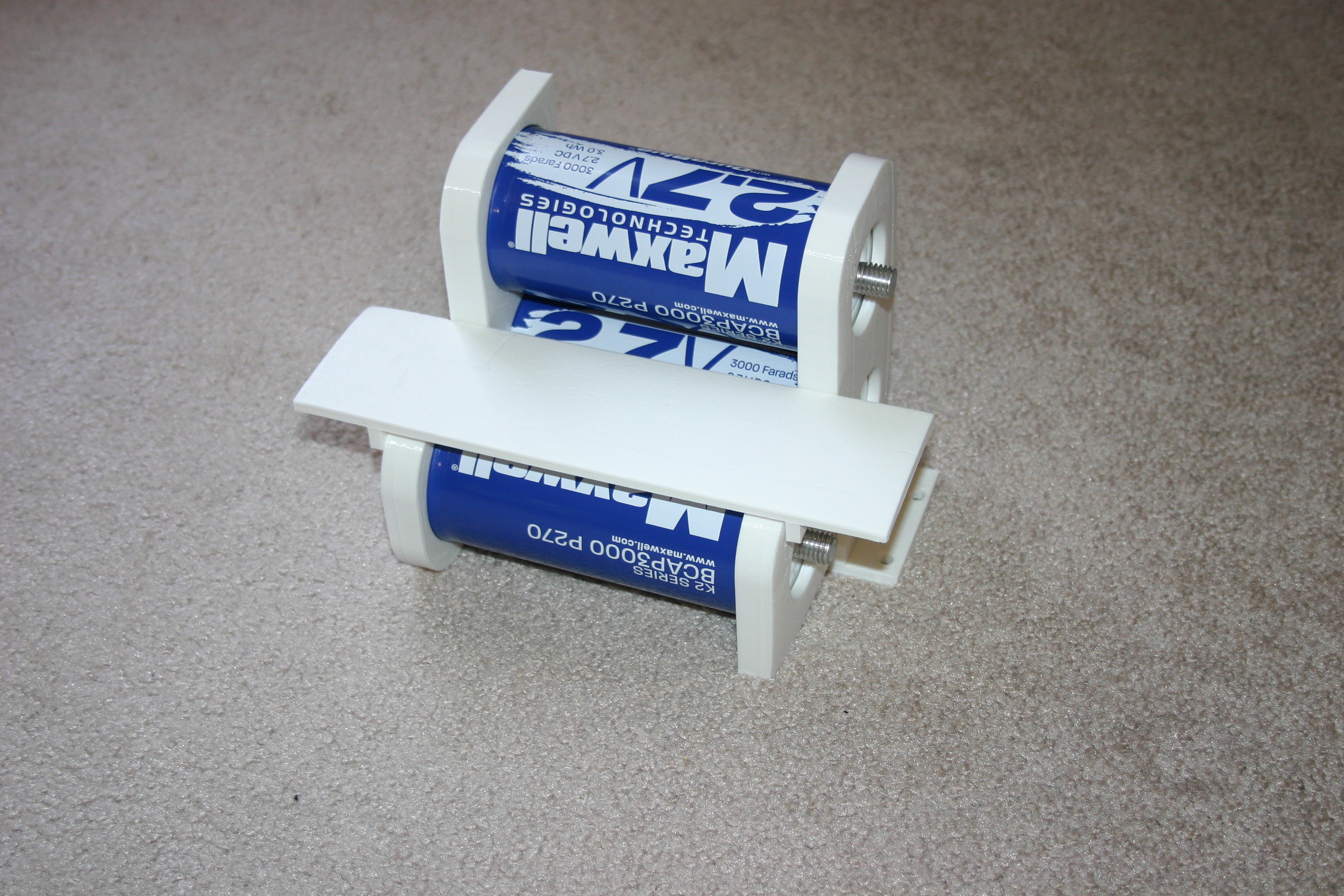 Next, I added a 10 amp fuse and size 22 connector wire between the capacitors. The connector studs are so large (about 1/2 inch diameter), that I couldn't find any connectors for my small gauge wire. I stripped an inch or so of wire, wrapped it around the stud, and fastened a nut to the capacitor. 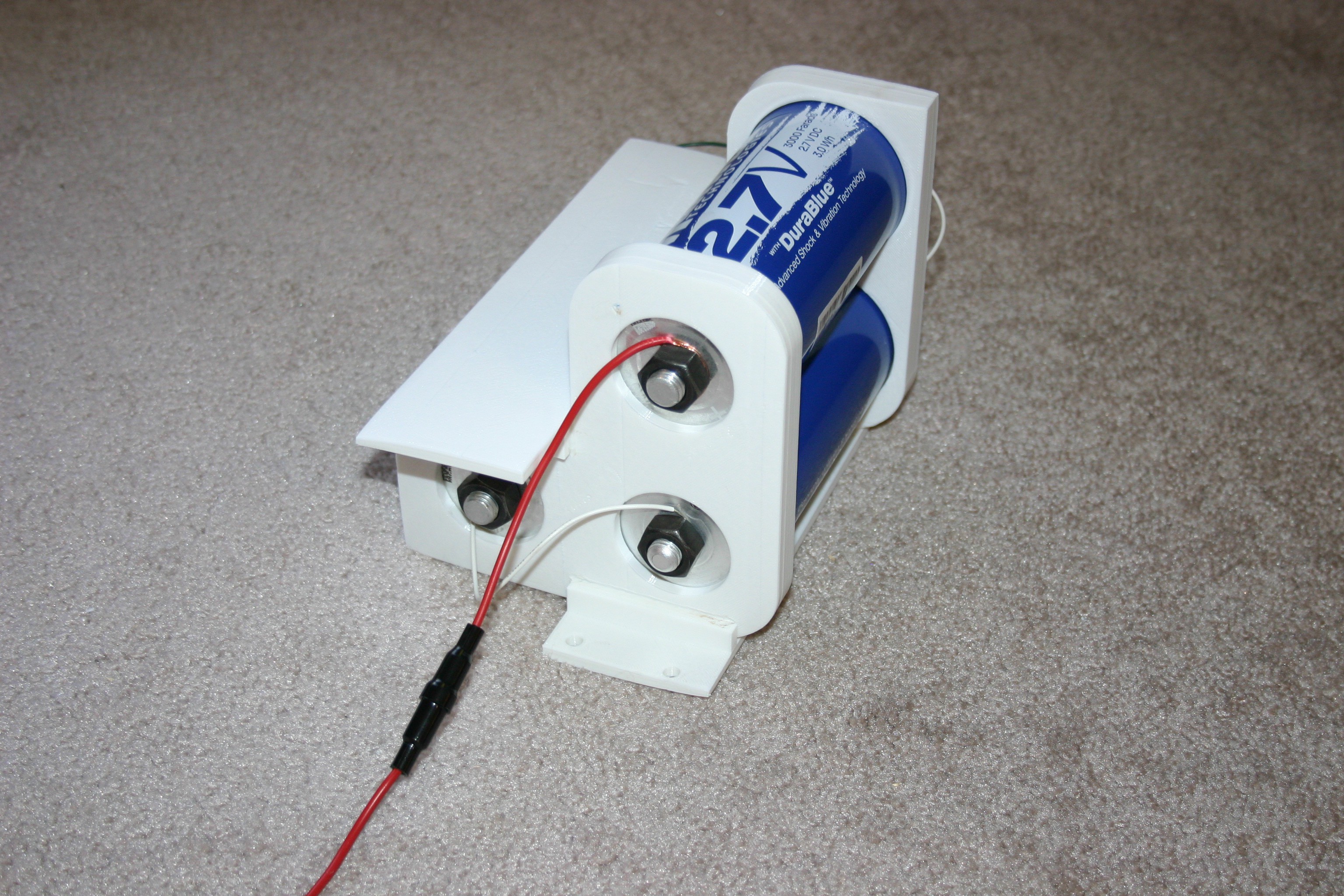 At this point, I thought I was ready to put some charge on the capacitors. Note to myself, there is a WRONG way to assemble an inline fuse. 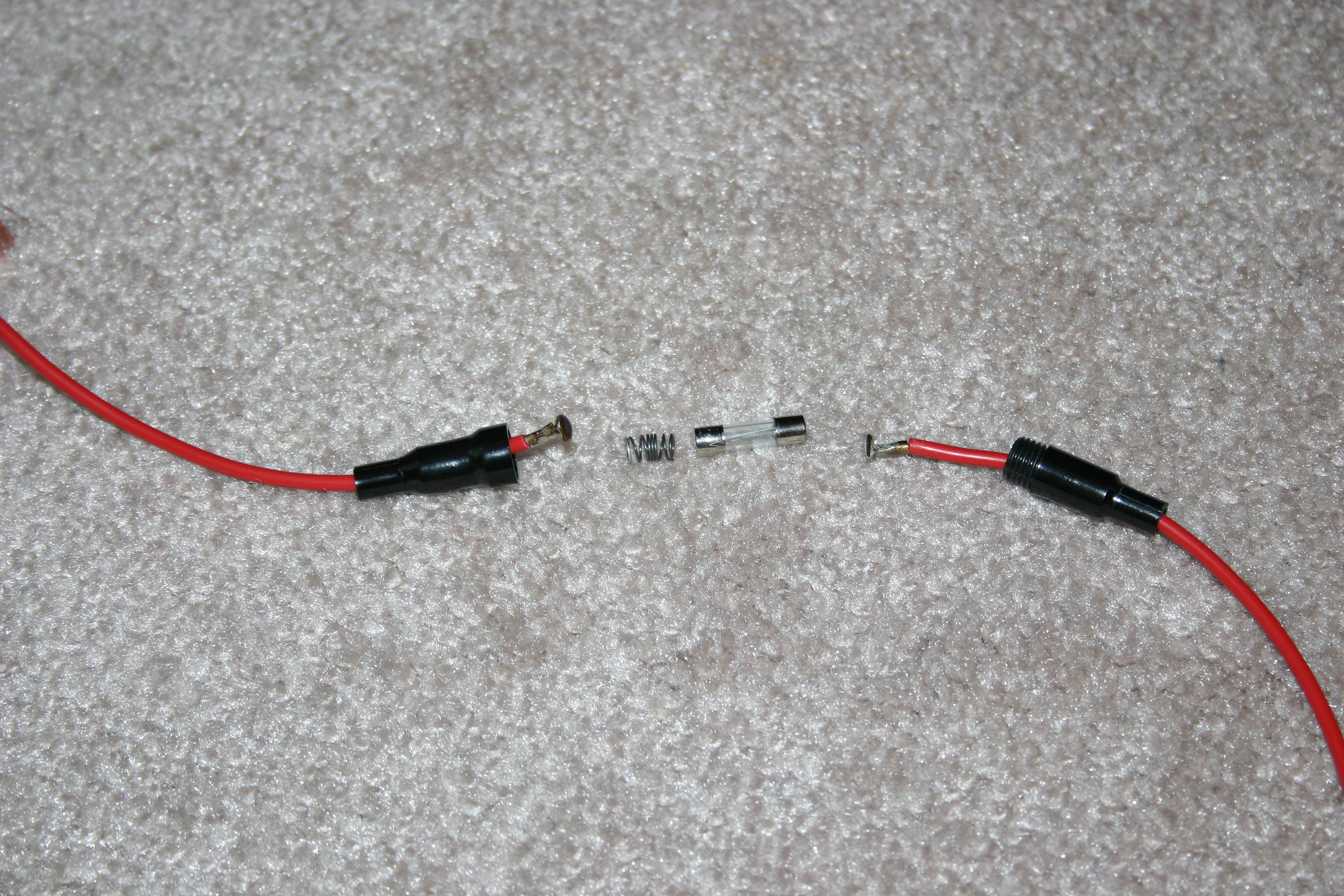 Being cautious, I set my power supply on 3 amps and started charging. After a couple of minutes, the power supply quit producing amps and a terrible burning smell was coming from somewhere. 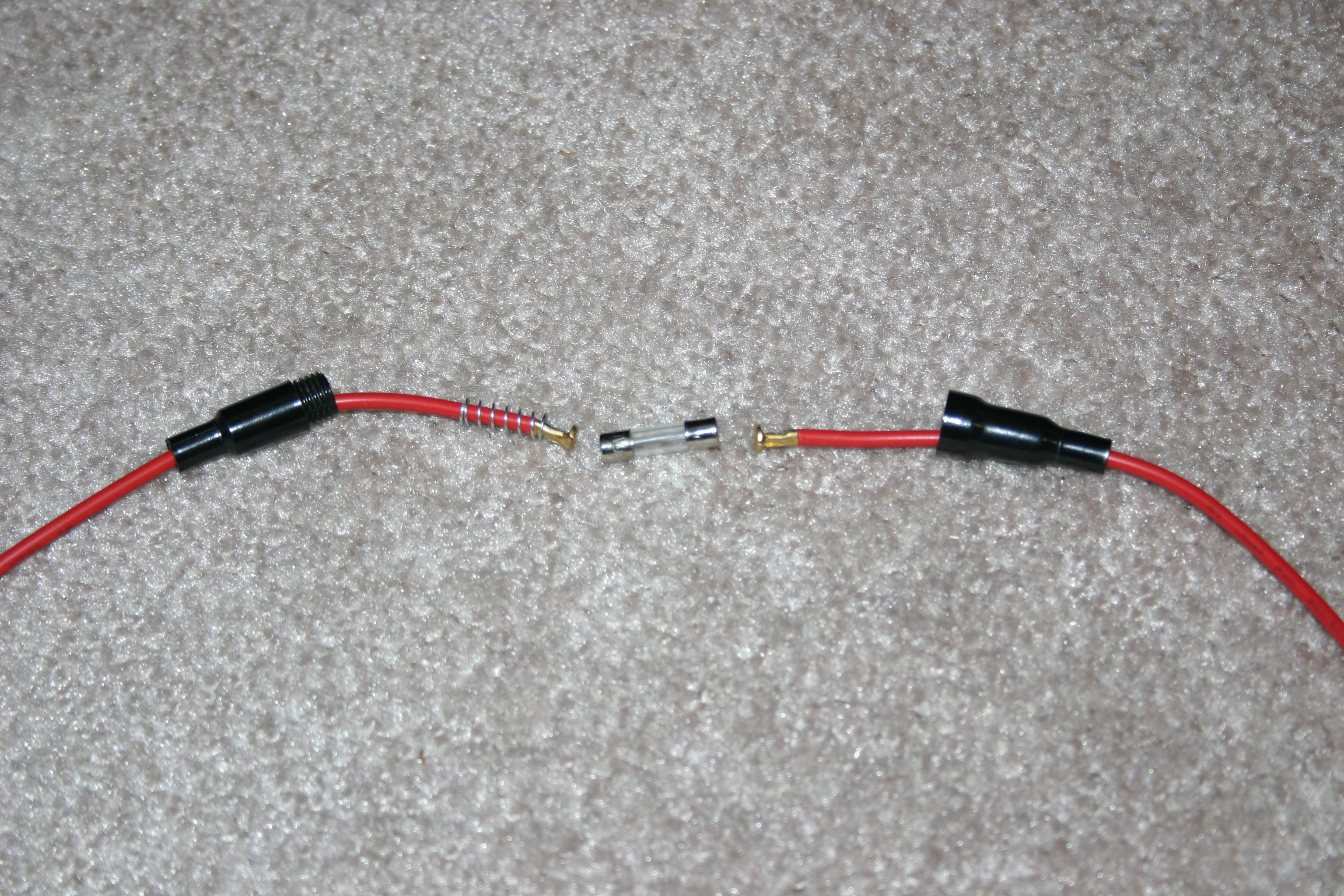 Everyone reading this thinks "What a dufus!", but I now know that the spring goes behind the little brass stud. It's spring, stud, fuse, stud.

This rattled me a bit, so I decided to install my on/off switch and dc boost converter before trying to charge. First comes the on/off switch. 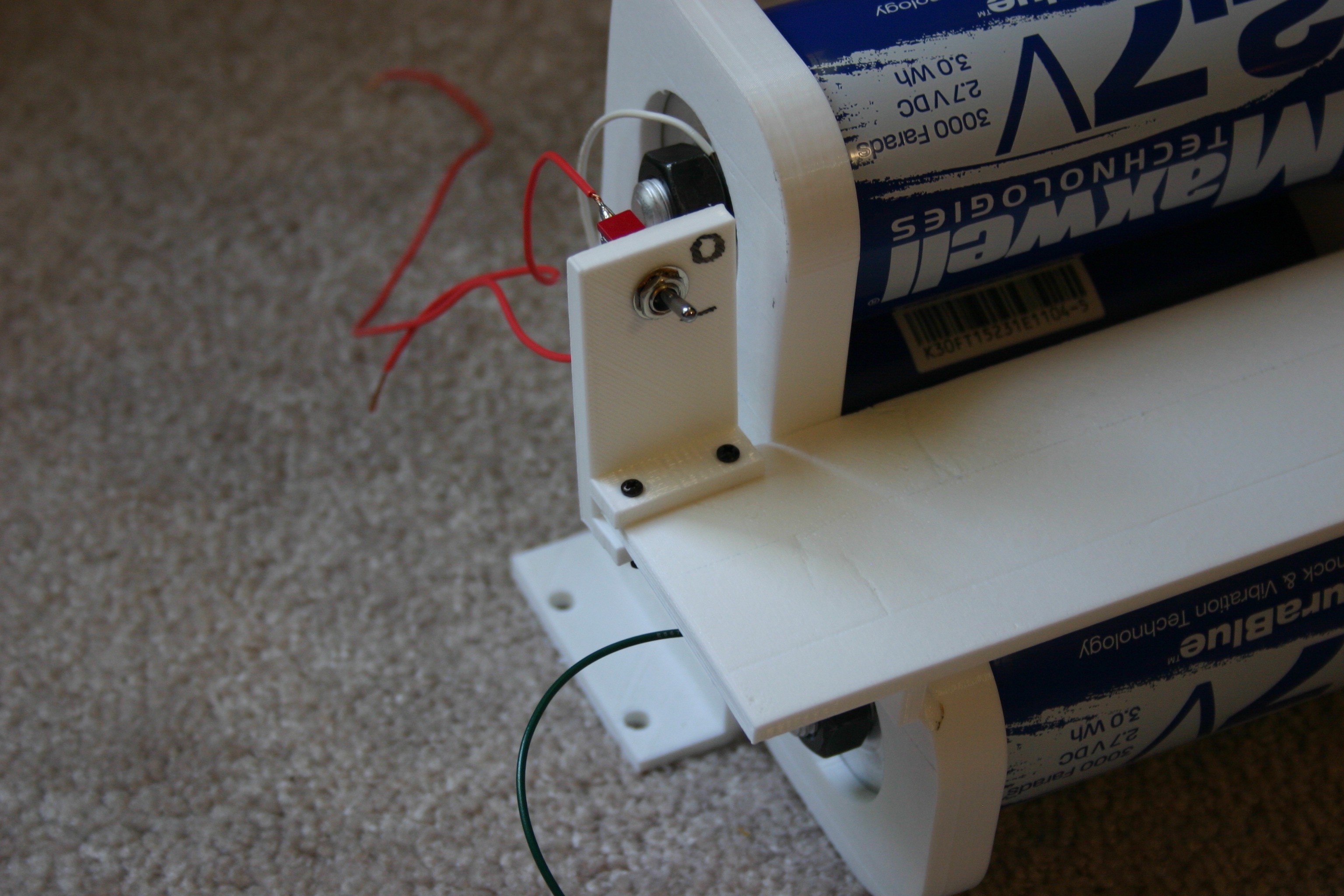 Next comes the boost converter. 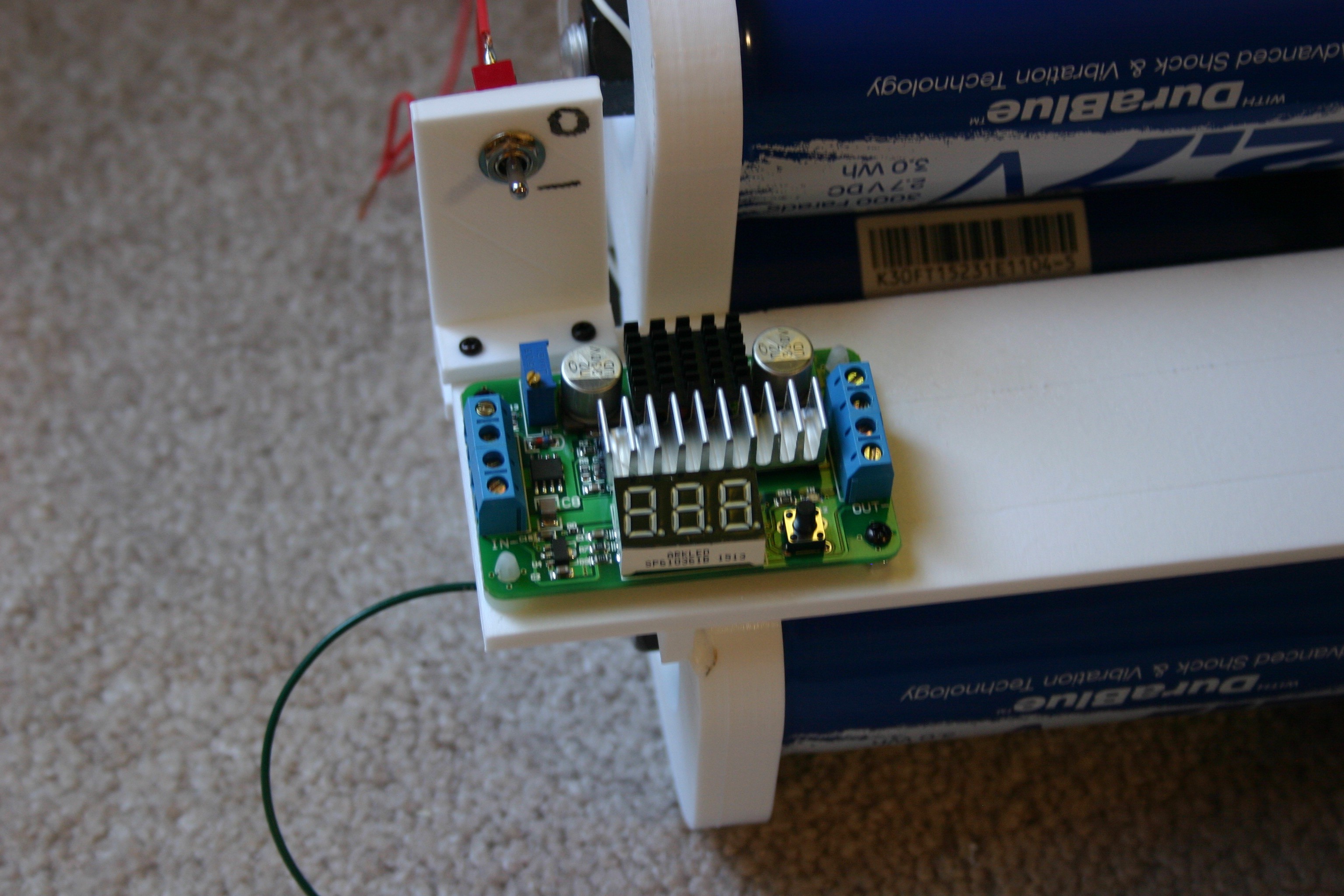 Then, bring wires into the boost converter. 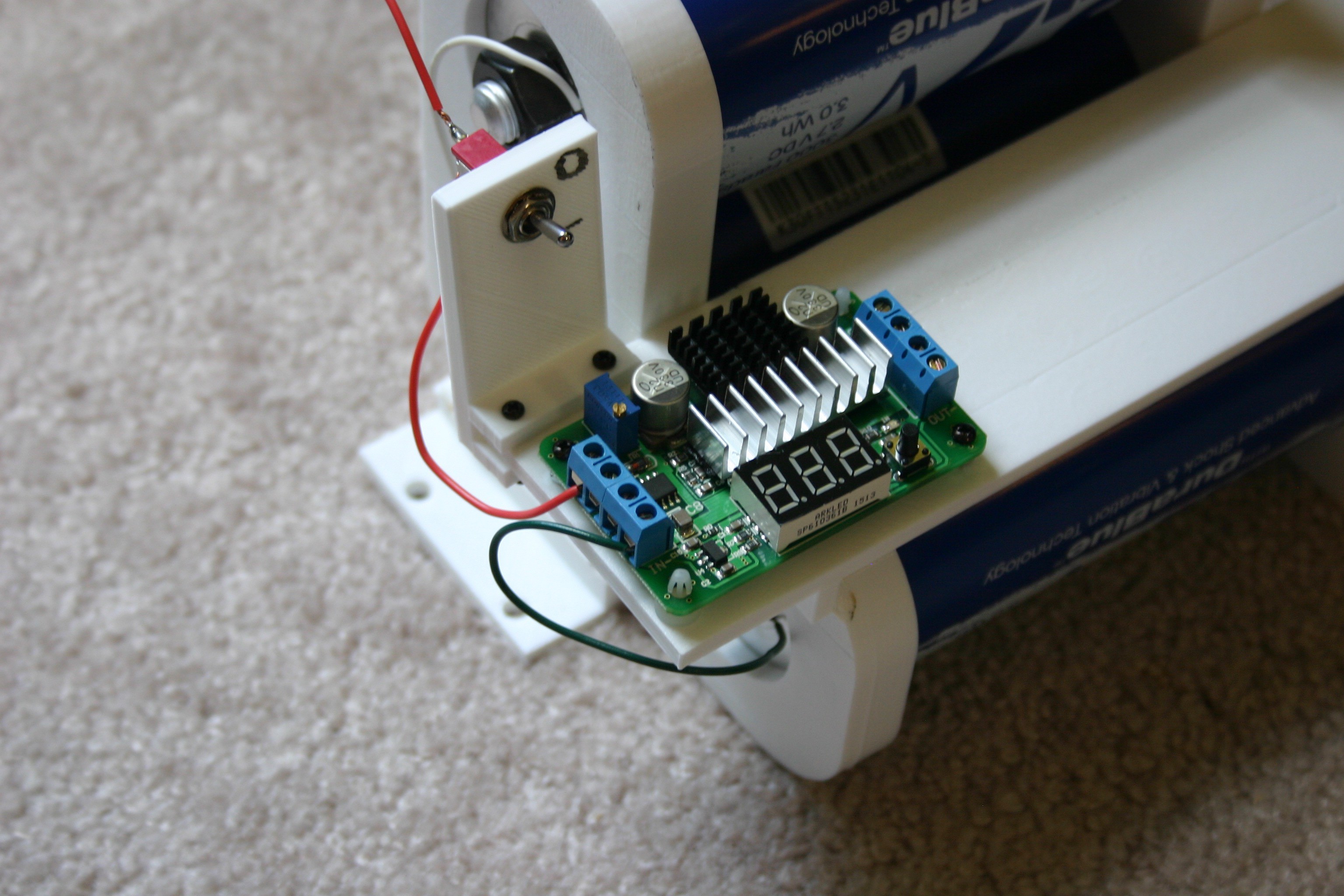 Now, I restart the capacitor charging process. I didn't want to go crazy, so I set the power supply at three amps and let it work to bring the capacitor from zero to about 6.5 volts. This took about 25 minutes. Rather than going up to 8 volts, I was anxious to see results, so I turned on the switch and looked at the input voltage to the boost converter. I connected Mato's two gear motors (spinning freely in the air--she's not all assembled with her new supply yet) and measured a current drain of 53 mA at 11 volts (the output of the boost converter). After 60 minutes in this configuration, the capacitor voltage was 6.0 volts. I spot checked the components on the boost converter, but never detected any temperature rise.