Install the Axles and Test Fit the Idlers/Road Wheels

A project log for Go Kart Tank (formerly Half Track)

Go Kart Tank. Used to be a gas powered Go Kart, became a Half Track and then became a fully tracked vehicle.

I originally wanted to put in suspension, but for now that is not going to work. Instead, if I go full tank, I will look at a bungee-cord based torsion bar suspension mechanism I have come up with based on what I have seen on some older aircraft. At that point I would probably need to double up on the tracks. For now, though, the idler sprockets are also the road wheels. Bonus: with differential power, I will be able to steer the tank with throttle controls alone and they motors have electrical braking. 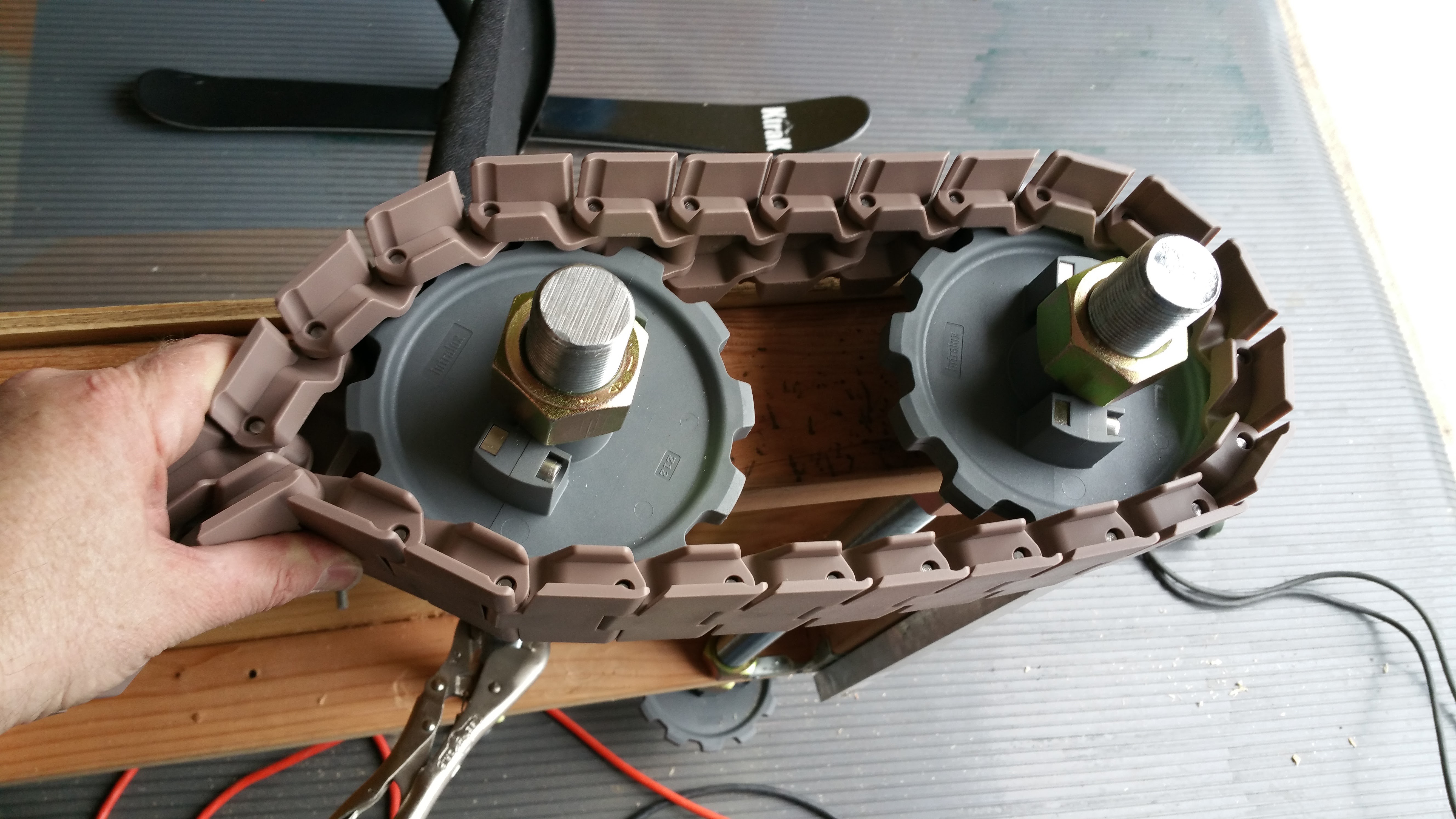