While a simple clock drive can track an object once it has been sighted, it is not capable of performing a GoTo to a object, so while it would be an option I'd like to be available in a complete system, I am not wanting to include it in this portion of the design.

Of the existing projects for Telescope tracking, I've found that most of the control schemes use an open loop system of calibrating on one or more existing reference points, then counting steps of a stepper motor to give the desired position. This is susceptible to errors from mechanical components and some systems do allow you to compensate for backlash and such, but this requires a level of knowledge from the user to be able to do so. I'd like to close the loop and try to provide a system that is simple to set up and use. To do this I'm wanting to use a DC motor and use the sensors as the feedback for a PID loop as follows: 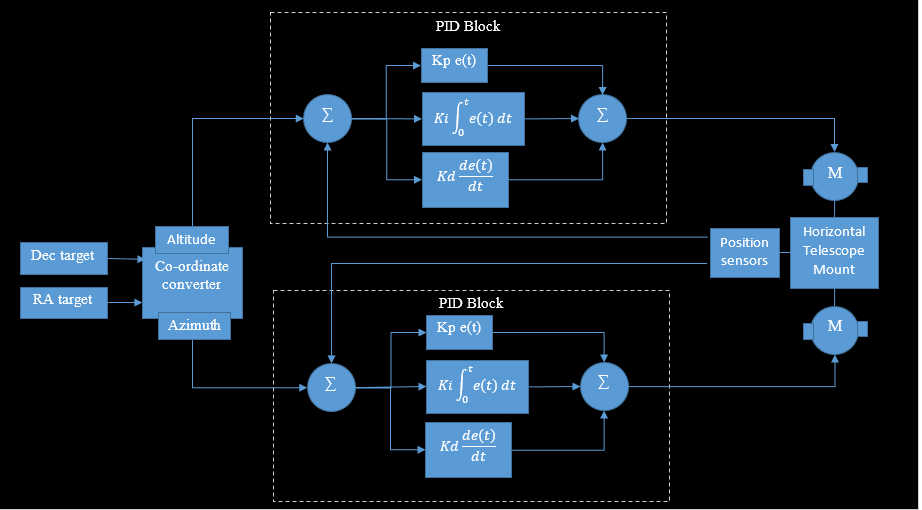 This is slightly different for the Equatorial mount, which needs to convert the feedback into Equatorial coordinates before feeding into the PIB block: 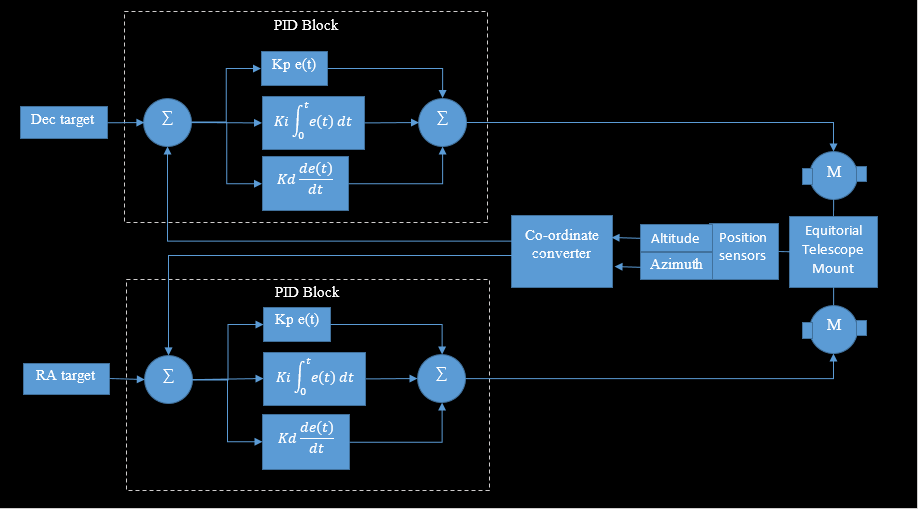 Both of these use common blocks that I can configure to support both types of mount, so hopefully I can use a Horizontal mount to track satellites and an Equatorial mount to take long exposure photos. In the case that the position obtained from the sensors is not as accurate as required to eliminate both the calibration and any mechanical error, I would like to use the position obtained to speed up the plate solving process and use the difference as a correction factor: 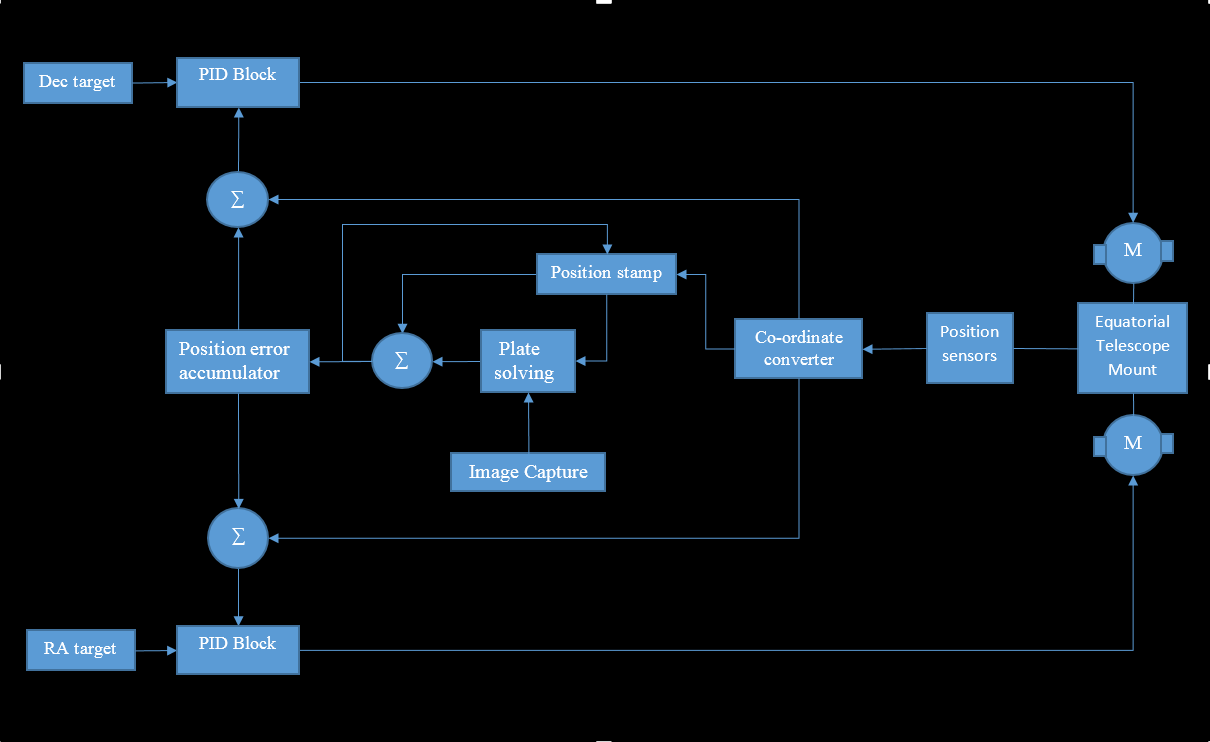 I'd like to figure out what instabilities this second correction factor has and if this can be dampened out, but I'm hoping that since the movements of the telescope are slow during tracking that they won't affect the picture quality.