On paper the project seems plausible, how about in reality? This is the job for the demonstrator: a demonstration unit of the final product. It doesn't have to be necessarily made from the final components or use the final production method, but it shows that we have indeed the know-how, skills and parts that fit together and work.

This is absolutely necessary as very often parts of a project are easy to make/implement, but when it comes to making everything work together it all falls down. A demonstrator is the ultimate proof that the project is not just hot air, if investors were involved they would start throwing money at this stage of the project.

In the spirit of Hackaday we decided to strip the screen open and look for a 5V supply, who knows we may stumble upon one and lower the unit cost by removing the supply for the Raspberry Pi. 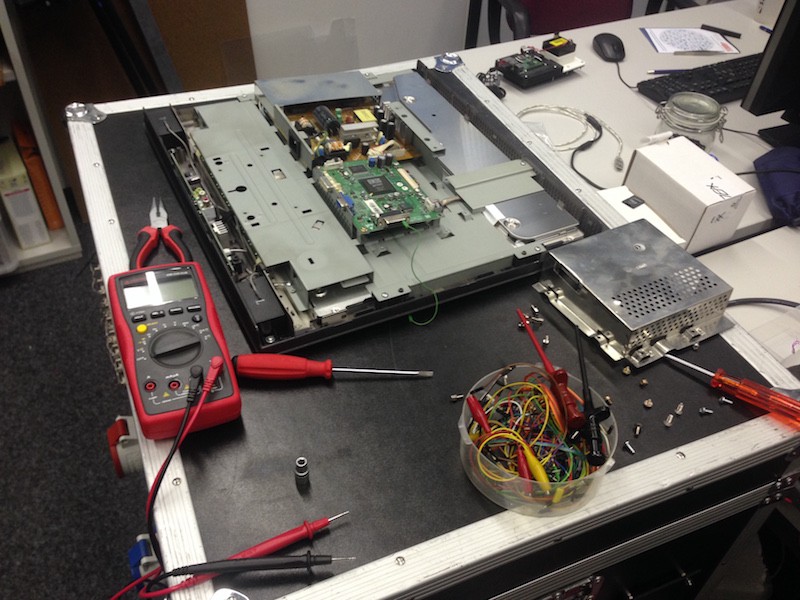 The first idea was to tap the VGA port, indeed it has 5V on one of the pins, Hackaday has even featured a project doing exactly that. However 300mA to 1A output is not specific enough, it has to guarantee the current the Raspberry Pi, and its peripherals, need (a minimum of 1A to be sure).

On the bottom there was an audio board, this looked really promising... 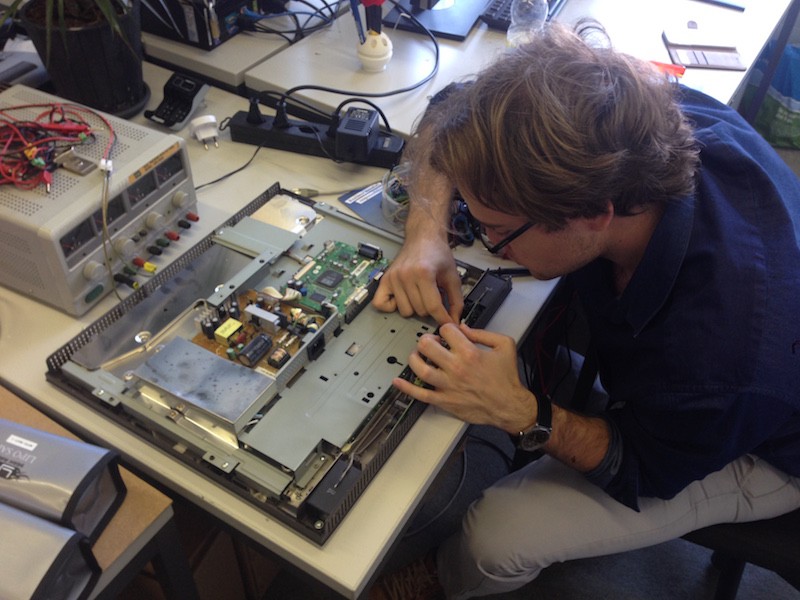 There was a LM2596S chip, stepping down 17V to 10V for the speakers. By poking around with a multimeter it was found out that the manufacturer used the adjustable output voltage circuit described on the page 9 of the part datasheet which allows to adjust the output voltage via resistors.

After some calculations to make sure the output would satisfy the Raspberry Pi power needs and a trip to the local robotics club to get the right resistors it was time to carefully solder them on. 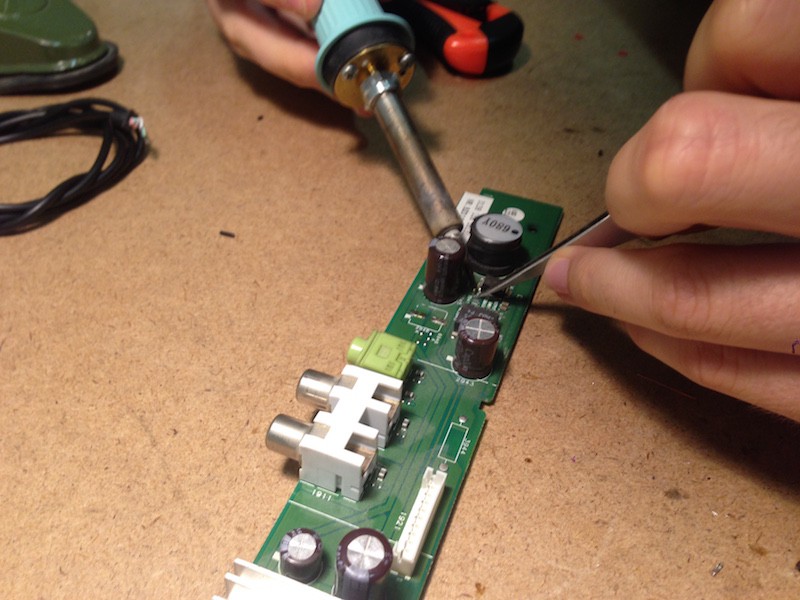 The hack was successful, the output voltage was slightly above 5V and Raspbian Jessie booted up. 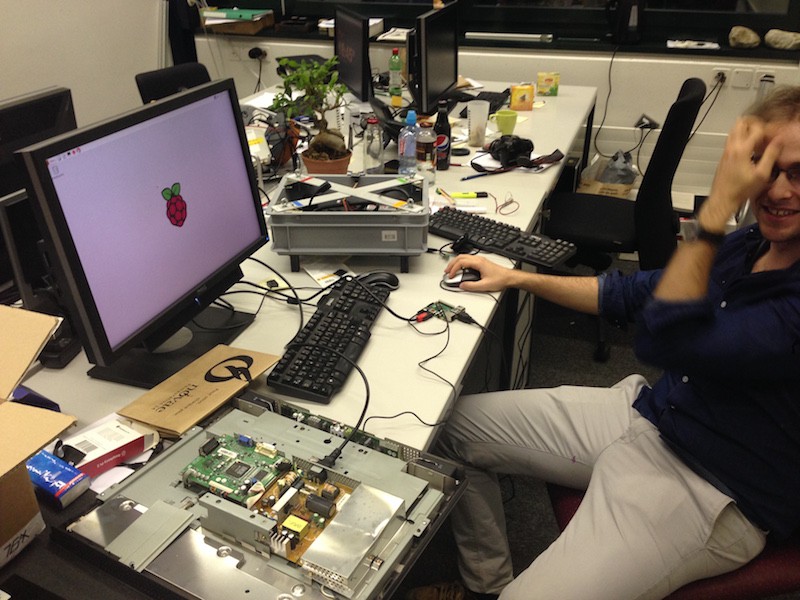 Here's how to use a 20" screen to power a Raspberry Pi (we didn't have a HDMI to DVI converter at the time).

However, when we tested the speakers, using a male-to-male jack cable, there was a constant high pitched noise, it was either due to the fact that we provided 5V to the audio system instead of 10V or that the power going to the Raspberry Pi was so noisy it induced noise in the audio output. Since disconnecting the audio cable made the thing quiet again it was probably the noise on the 5V line... this was not good at all.

In the end it was decided to abandon the idea of using the screen to power the Raspberry Pi, indeed we do not have complete understanding of what we were dealing with and if it needs to be reliable and robust then cutting such corners might simply be unproductive.

Most would call this first version a _prototype_ :P