The control for the couple was made out of a simple wooden box, like the sort found at craft stores. It was painted flat beige, and A. drew on a lovely design in the style of wedding and invitations. The box will serve as a memento for the couple afterwards, and I'm sure they'll wire it up to activate something in the future. 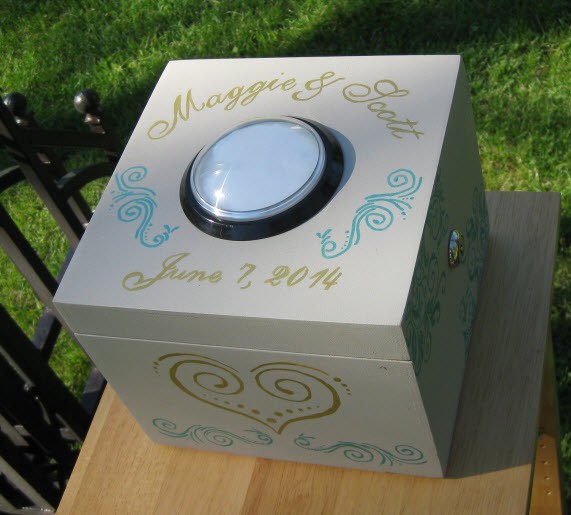 The key switches were mounted with simple holes in the side. I originally got the small key switches sold at Sparkfun, but found that they were just too cheap. I knew they were not real tumbler key switches, but was ok with that given these are more symbolic than for security. However, the physical feel and size of them just felt too much like a toy. I ended up ordering a set of real key switches from C&K.

The firing button on the top is one of the "massive arcade buttons" from Adafruit, though Sparkfun also sells them. I wanted to reduce the black rim around it, so instead of just drilling the smaller 1" hole for mounting, I used an adjustable hole cutter, and mounted it flush. I simply used a file to create the two notches which prevent the button from spinning. 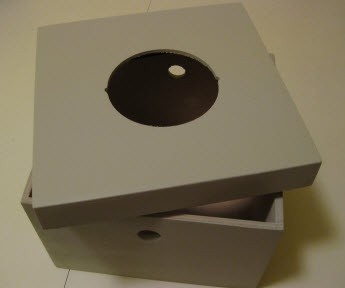 The box was placed on top of a tall table(a plant stand I believe) in the ceremony space. This picture was from the rehearsal. For the actual ceremony, the table was covered in a table cloth matching the wedding colors, and the wire was buried. The table was also attached to a pair of stakes to make it level.