All the pieces were made with some flexibility in setup, as grass is never even, and at this site, there is a notable slope towards the pond. One of the primary techniques used was to drive stakes into the ground, then attach pieces to them at the right point to make things level.

The shell was installed first, by driving three stakes into the ground, and using some helpers to hold it level. Once it was determined in the correct spot, screws were driven through the stakes into the foam. The stakes are in the inside, so not seen. This robustly held the shell in place. A similar method was used for the tall table the button box was setup on.

The accumulator tank obviously couldn't have screws attached, so instead, three stakes were driven into the ground around it, and a ratcheting tie down strap(in orange) was wrapped around and tightened. This allowed me to tip the tank to be vertical, despite the uneven ground. Once the strap was tightened, the tank was rock solid. Here is a picture of the backside of the setup from the rehearsal: 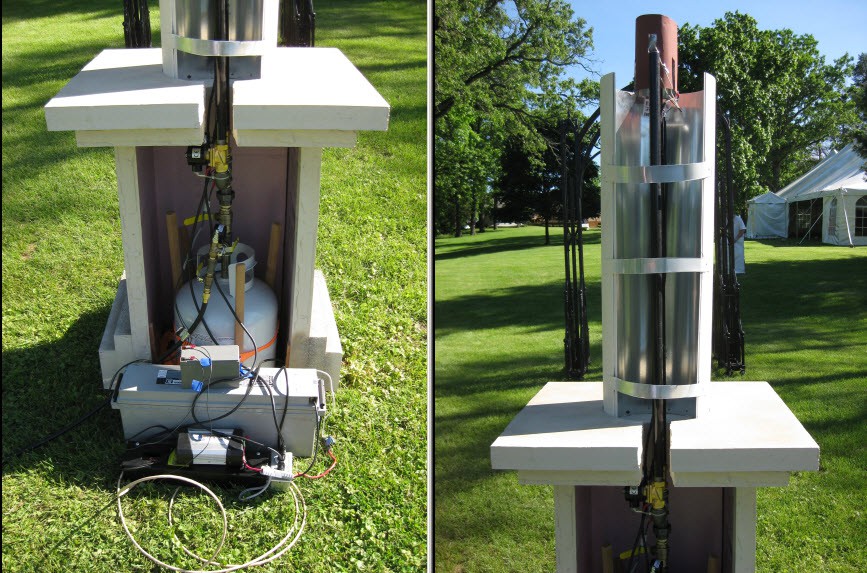 Behind the shell was a large industrial deep cycle battery(grey). This powered an AC inverter(black and grey, up front of the large battery) to power the hot surface igniters. I didn't measure the HSI's, and they didn't come with a datasheet, but both were powered fine with a 400w inverter without causing an overcurrent on it.

Also placed behind is the box with the relay card and switched AC outlets(at bottom, up front of the battery). There is a smaller 12V battery(grey, on top of larger battery) to drive the control system as I didn't want to tap into a battery capable of driving that much current for the long, smaller gauge wiring.

All of that is simply tucked behind the shell. The guests were all in one direction, so the workings were not visible to any of them when seated. I put up some stakes and a rope to keep anyone who arrive early away from the candle, and took it down prior to the ceremony. Here is how it looked from the front during the rehearsal: 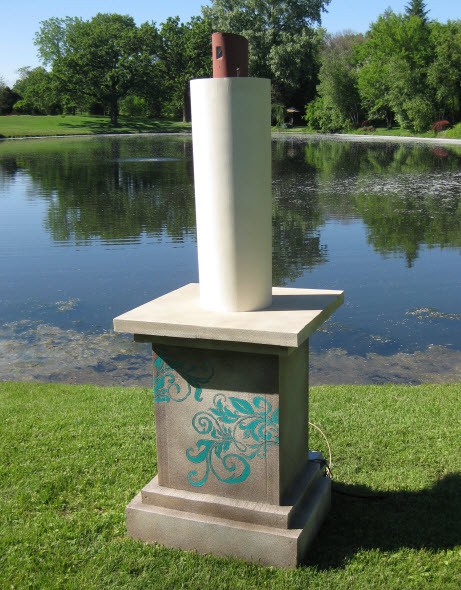 The propane line is shown in those pictures from the rehearsal, but for the actual ceremony, the accumulator tank was filled during setup, and this line as well as the LP tank were removed so they wouldn't be in pictures. This meant only one blast could be fired, which is all that was needed.

I only got one picture from the setup prior to the ceremony, though this does show where it was all located in relation to the guests. 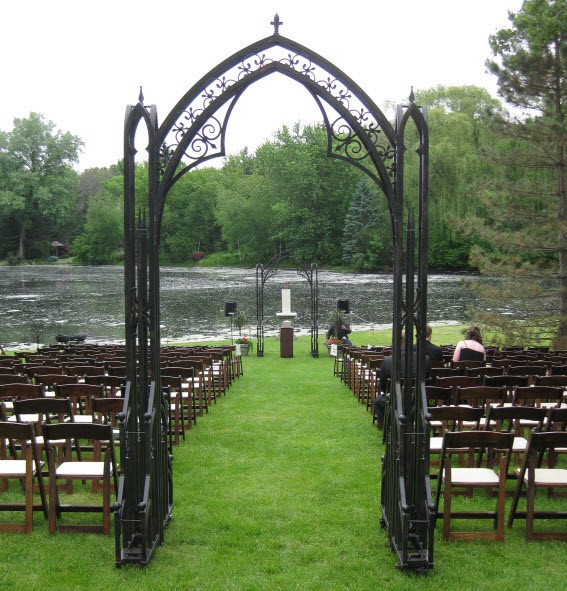 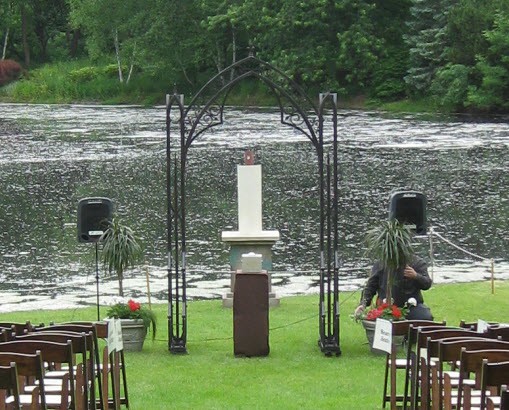