A project log for MeshPoint - wifi router for humanitarian crisis

Autonomous, smart, wifi mesh router which is easy to use by humanitarian NGO first responders during humanitarian or natural disasters.

For our fire alert system we are using devices that need to be spread across a large area and sometimes they need to be placed in hard to reach places. Therefor to deliver our nodes we needed to use something that was quick and easy. We also couldn’t place them by hand because it would take too long and we needed to place them evenly across the whole area, so we figured out to use drones. With drones we get a better view from above that helps us determine where to place our nodes and we don’t need to worry about hard to reach places.

After figuring out to use drones we needed some kind of a mechanism that would be fast and reliable to release the nodes from the drones. First idea was to use resistors that would burn a wire and drop the node but we would need to land the drone to replace the resistor every time and it would be messy to do that every time. Then we settled on using servos with custom 3d printed holders that would allow the node to be carried using a string attached to it and then dropped by releasing it over the drop point and we wouldn’t need to land the drone.

The next step was to find out how to control the servo and there were 2 options: first was to use an RF module that would give us the ability to drop the nodes from far away, and the second one was to use 2 ESP devices connected to each other as a server and a client. We went with the second option because if we ever wanted we could even send some kind of commands with the ESP and not only to release the node, also we can achieve the same connection distance like the RF module by connecting an antenna to the client ESP. The use of ESP also enables us to put some kind of a router to the drone and we would be able to release the nodes from anywhere and by using a GPS module we could even automate the process. 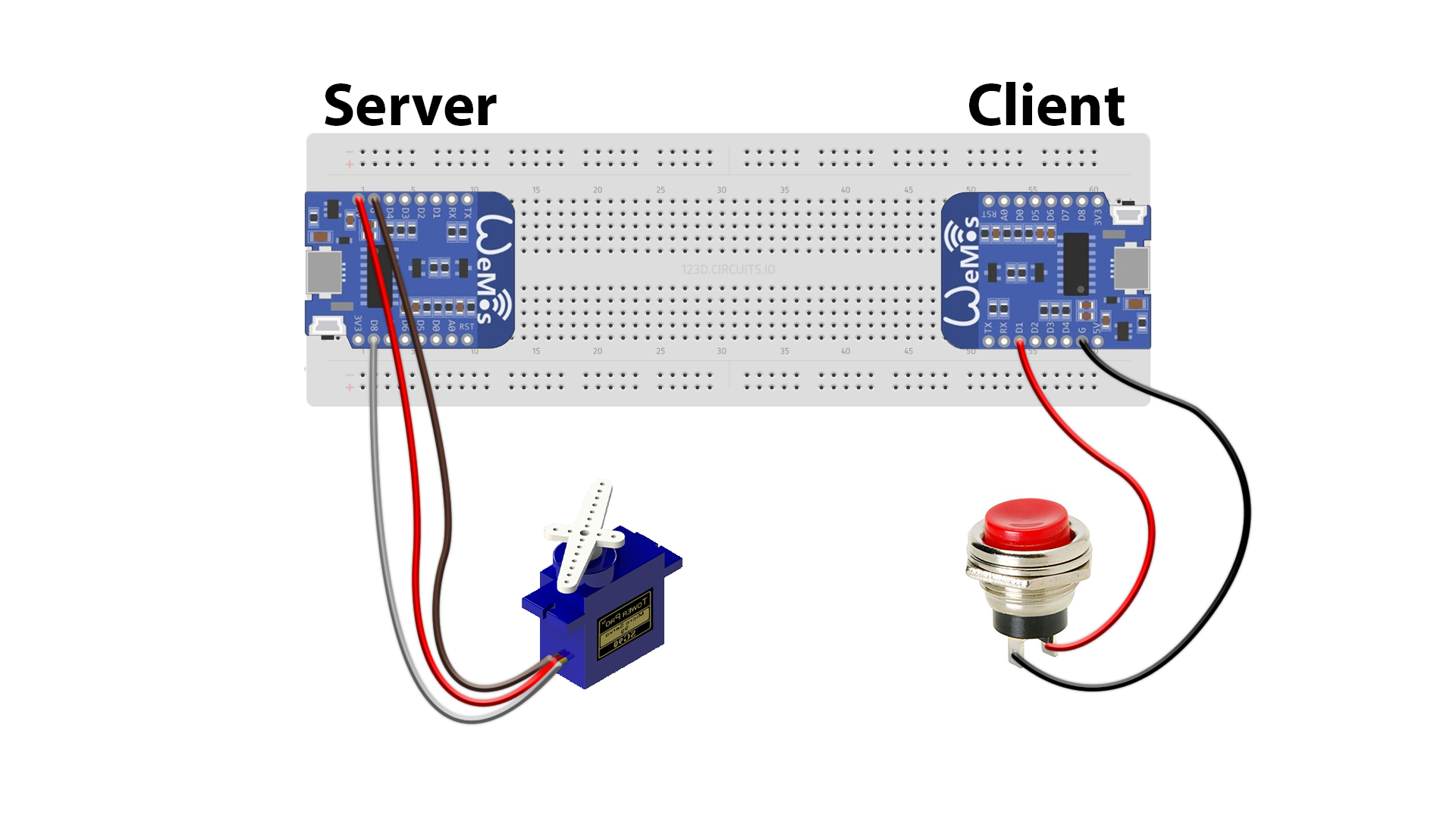 We still need to test the distance that we can achieve between the 2 ESP-s and also this could be helpful later on if we needed to make a mesh network out of ESP-s for our fire alert system.