A project log for Beehive Monitoring, Now With WiFi 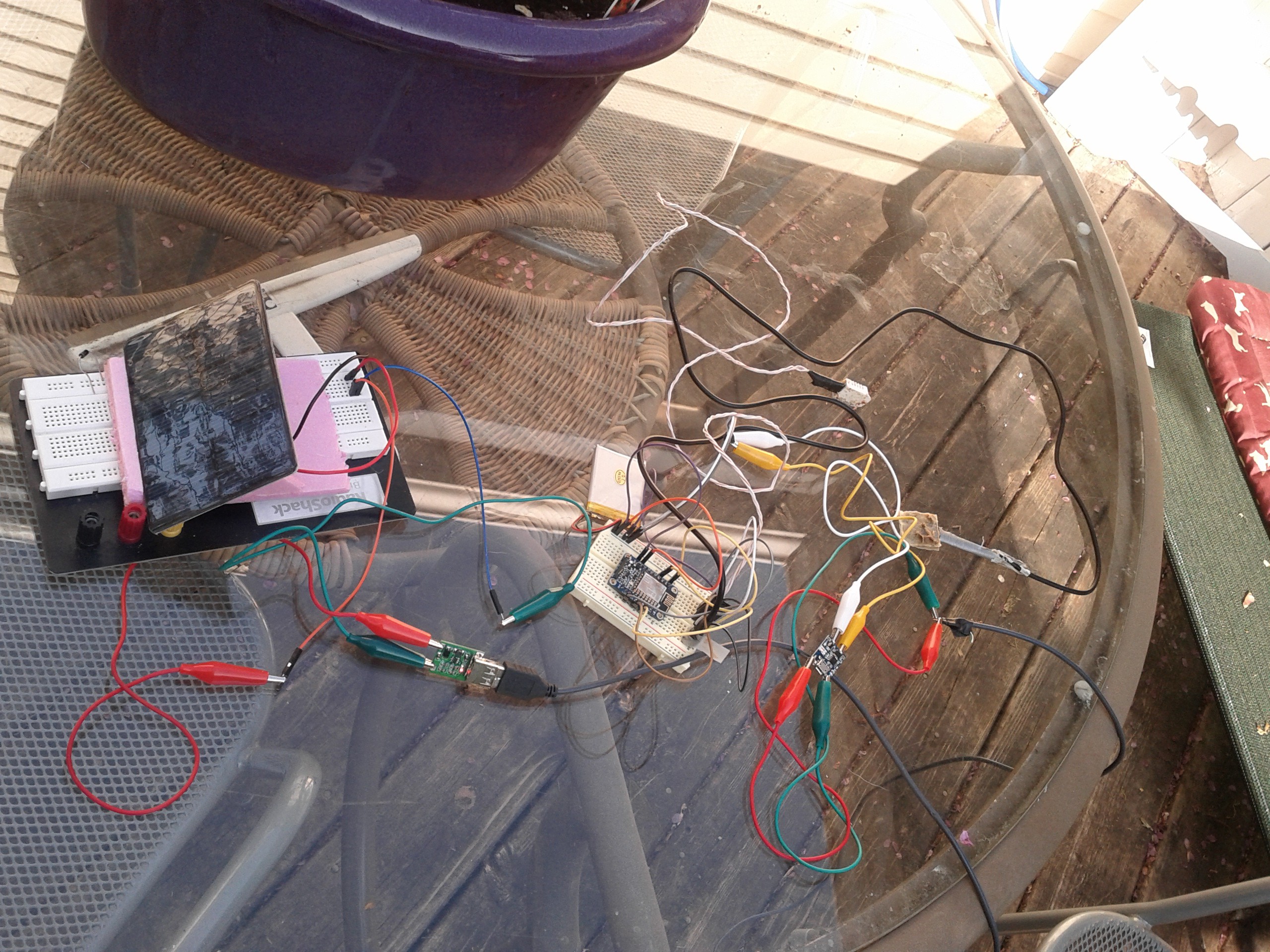 You may see an ugly mess of wires and stuff. I see a solar powered Adafruit HuzzahESP8266 reading data from two DHT22 temp and humidity sensors and sending the data to an MQTT broker in my secret lair.

The adafruit HuzzahESP2866 breakout board seems delightfully efficient. I fully charged a 3.7V 650mAH lipo and let it run for three days. I didn't measure power draw but after 72 hours without a fault, the battery showed 4.0V. I'm using deep sleep mode and waking every hour (approximately) to sense and communicate. The rig in the picture is 5V solar panel => 5V voltage regulator => battery charger => lipo + ESP2866. The DHT22s are powered from 3V out on the ESP2866.

On a sunny day, I never saw the battery drop below 4V and it showed as fully charged after a couple hours. It partly discharged/recharged several times during the day and ran without fault overnight.

Over the weekend I'll weather-proof it a bit and test to failure (or June 5, whichever comes first). On June 5 I'm doing a split so the target hive will be open. I'll install sensors and mount the panel and power circuits.

It's working with the Adafruit Huzzah ESP8266 Board