Demo of the physics 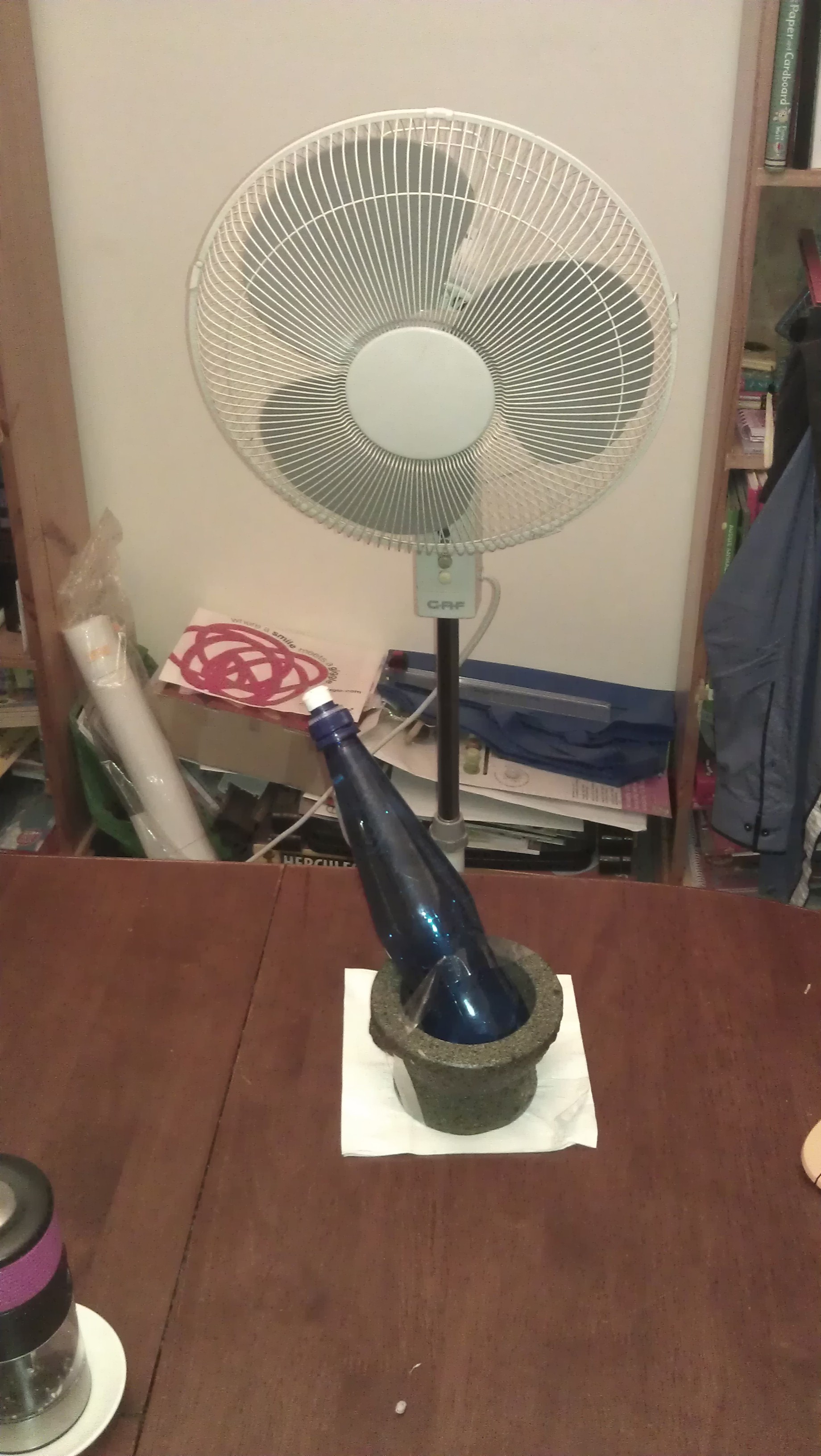 So I installed an electret microphone into the bottle , and connected it to the mic-input of a sound card . The sound, when heard, as expected, is mostly 'brown' noise generated by the wind hitting the lip of the open top. Inside the bottle, various tones ( typically harmonics of the resonant frequency ) dominate the spectrum beyond the low frequency band of noise. This was discovered using sdr-sharp, to display the spectrum, which was captured in screen shots below.

As I rotated the bottle, the amplitudes ( absolute and relative) of the various frequencies changed accordingly.

Here's the whole setup on my dining table.. 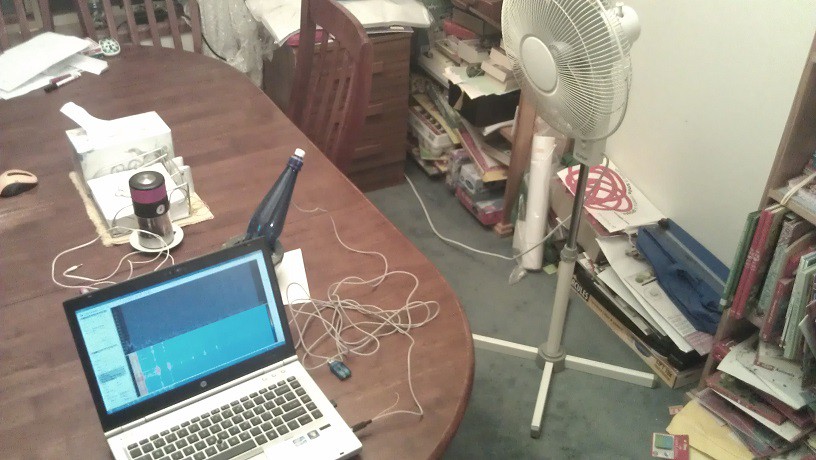