Hey, guys! While thinking of heart problems, I realised that a very valuable piece of information to get from someone's body would be the SpO2 (oxigen saturation). Oxigen saturation is very helpful in the analysis of a heart condition. Normal levels are 95-100%, anything below 90% is considered hypoxemia (meaning low oxigen saturation in the bloodstream). Moreover, by measuring the SpO2 and the SvO2 (venous saturation) we can see whether the organism is absorbing enough oxigen or not. SvO2 values below 60% indicate impropper absorbtion/ low supply of oxigen to muscles, tissues and more.

I've seen various pulseoximeters on hackaday before, but I would really want to devellop one that could also measure SvO2 and that could do it from the wrist. There are quite a lot of blood vessels in that area and they are also quite close to the surface. So, getting SpO2 and SvO2 shouldn't be that hard, at least in theory. 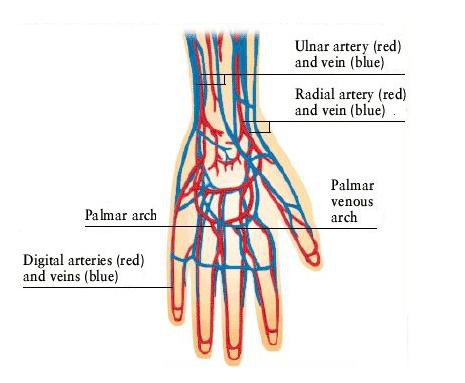 Finally, one more important adition would be a breathing monitor. It would work in much the same way as the ECG front-end itself. I really want to avoid having to strap tight things to the chest. Muscle activity in the diaphragm would indicate breathing regularity and speed very nicely. Now, I just need to get some more cash in order to get more stuff=)).