Conversion of dashboard from an old, Communist clone of the French Renault 12 (Dacia 1310) 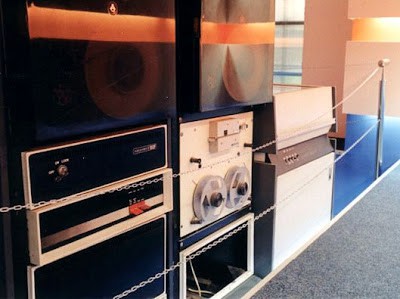 We've covered a very small number of topics about computing technology behind the Iron Curtain, so here is a fresh hot one: [skaarj] is rebuilding a Romanian Mainframe (translated link). Such pieces of communist technology are pretty rare and most of them require excruciating painful hard work to resuscitate. [skaarj] is not entirely sure which mainframe type to chose from the three dinosaurs roaring in Romania's computing centers during those dark prehistoric times: FELIX, CORAL or INDEPENDENT, as the components are pretty rare, in very bad shape and whatever parts he managed to salvage... come from all three types. Due to their proven performances, those three names were a shock for the COMECON market controlled by the Soviet Union, so Big Uncle Bear officially restricted any exports through special directives straight from Moscow. Some government sources explained the decision to Romania's beloved leader due to CORAL and INDEPENDENT being far superior to the USA's PDP.

So far [skaarj] managed to recover three racks from a Felix-type mainframe, some parts from a CORAL 4030 mainframe, a broken tape drive from an Independent i-100, a Siemens Sinumerik punched paper tape reader from a Felix-M18 and some various peripherals such as 8" floppy drives, huge hard disks, cassette tape drives or various circuit boards. The clumsy serial terminal called DAF-2020 (Display Alpha Numeric) is already up and running, and through the courtesy of [Nico] the future mainframe will be able to access PERTEC-interfaced peripherals through a PERTEC to SCSI converter.

Since the central processing unit (drawer) released its magic smoke in the final agonizing days of the communist regime while running a modified smuggled copy of RSX-11 Operating System, [skaarj] decided to hook a Marvell OpenRD Ultimate Development Platform and install FreeBSD Unix to get access to the functional peripherals and to experiment with ferite core memory banks. Check the videos after the break.

The Romanian links are provided through Google Translator, as Language of Dracula slang is pretty hard to understand. Unfortunately, the Romanian Electronics Forum administrators changed the policies at the beginning of this week, requiring an account to view the attached pictures. [banner picture source: West Romania Museum-Muzeul Banatului, Timisoara]

We've covered a few topics about Iron Curtain Home Computers and Peripherals before, and we've also learned about those dark times from one of our most respectable hackers.