In the Environment: Plastic Nurdles 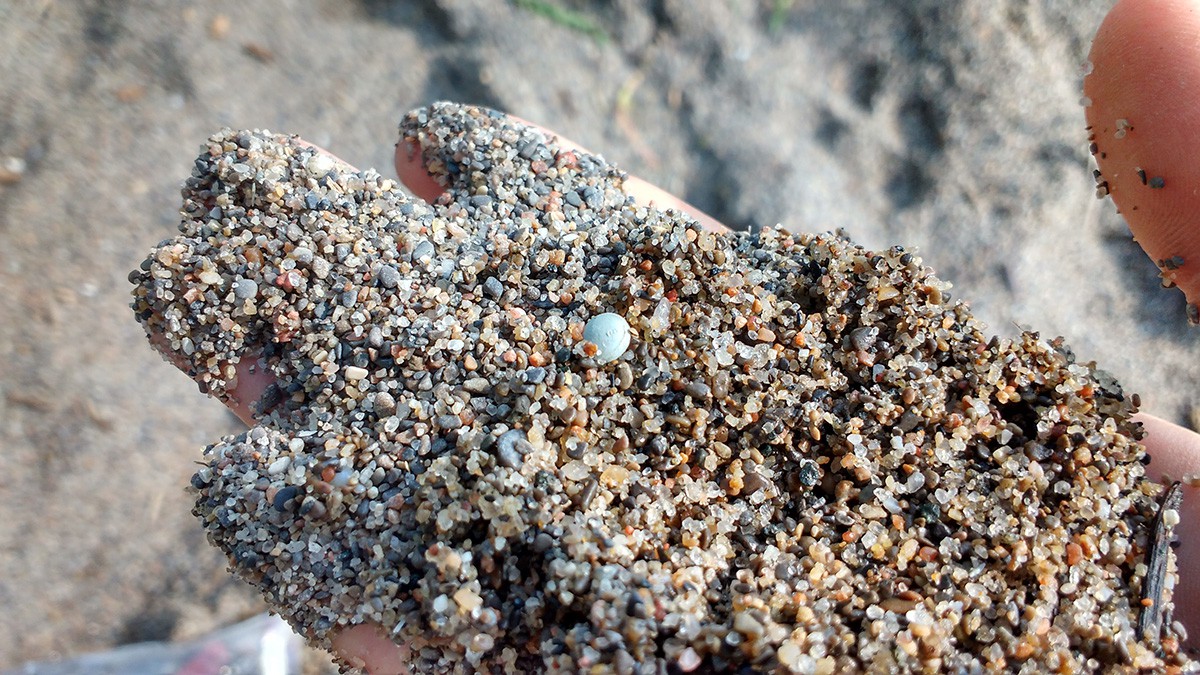 During the shoreline cleanup at Guild Park & Gardens, our attention was turned to the plastic nurdles that are near and within the frog pond. Nurdles are the pellets that are used as the raw material for manufacturing other plastic products. They are rather tiny (about 3-8mm), and can be noticed by their somewhat spherical shape. 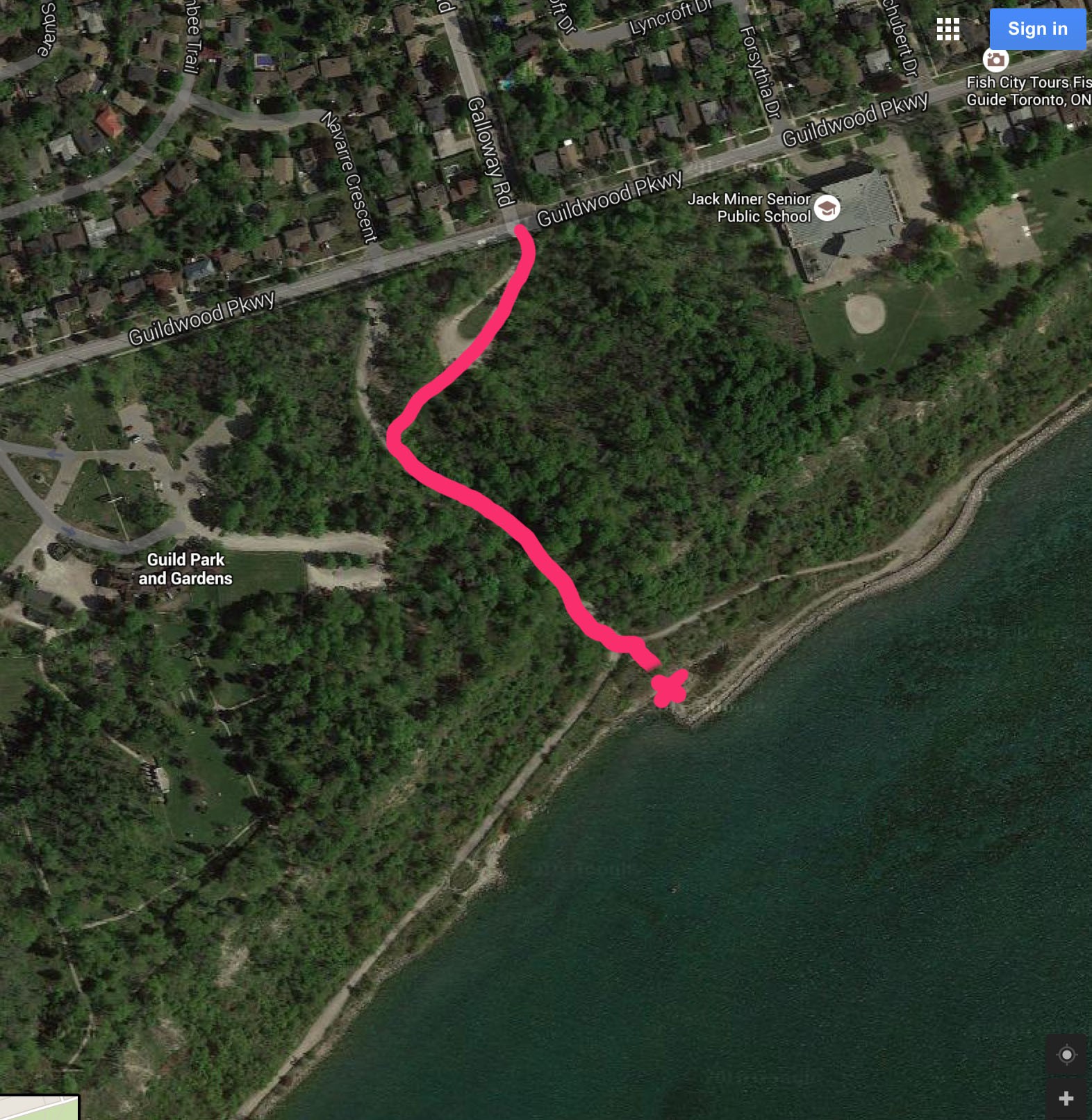 The park is situated on Lake Ontario. The frog pond itself is behind a path and tall stone embarkment that separates it from the lake. How these ended up collecting in the frog pond is still unknown exactly - it is possible it was washed in during the winter or spring. 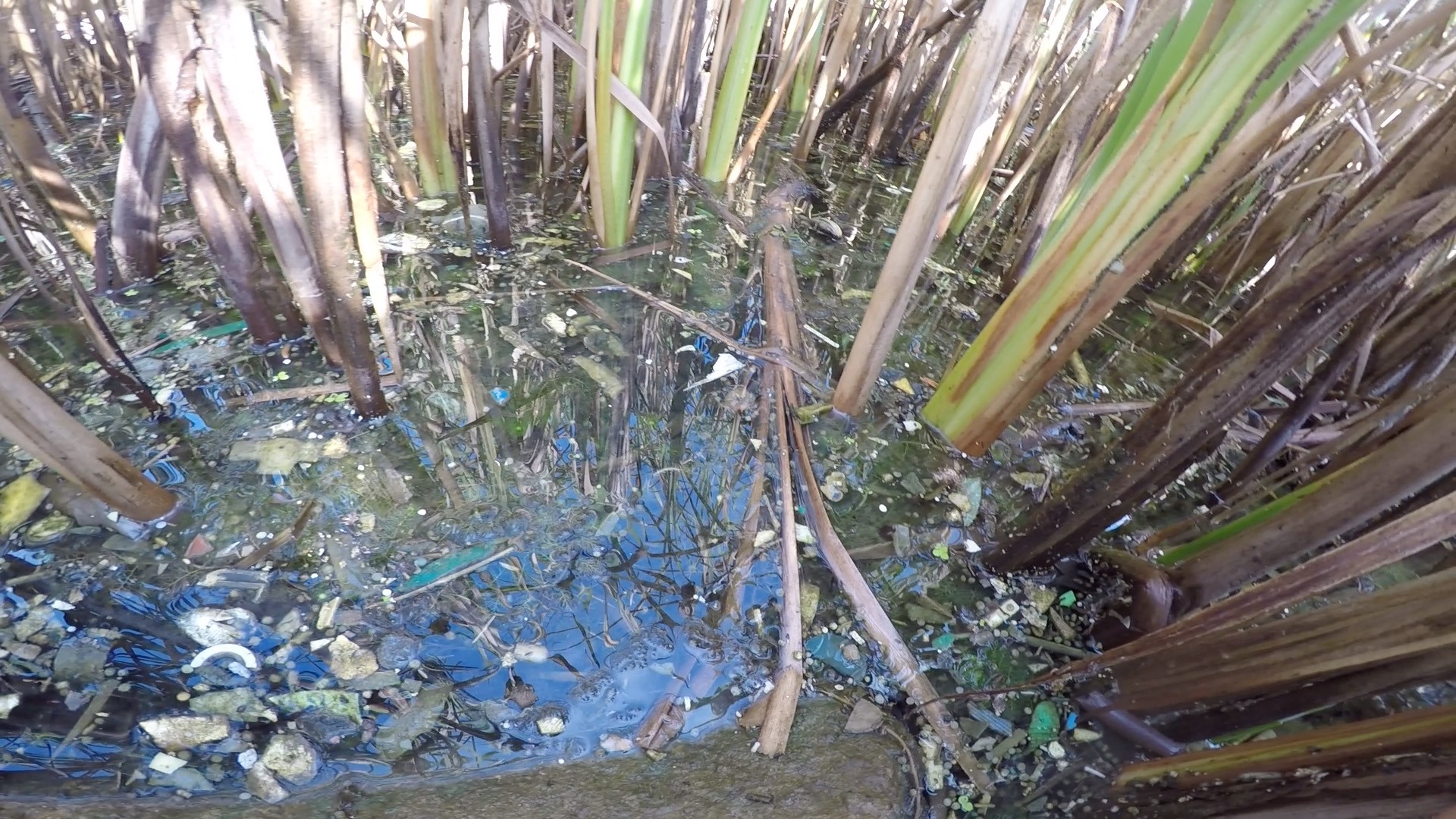 There are pieces of plastic on the shores of the frog pond, and also floating in the water caught within the plants.

We tried to collect as many plastic pieces by hand in 99 seconds. Collecting these tiny pieces of plastic is tricky and somewhat exhausting:

Here are our sightings of the nurdles: Near the frog pond - Notice how scattered the debris is (top). The round, white circles are nurdles (bottom) Edge of frog pond - fragments of plastic, including colourful nurdles 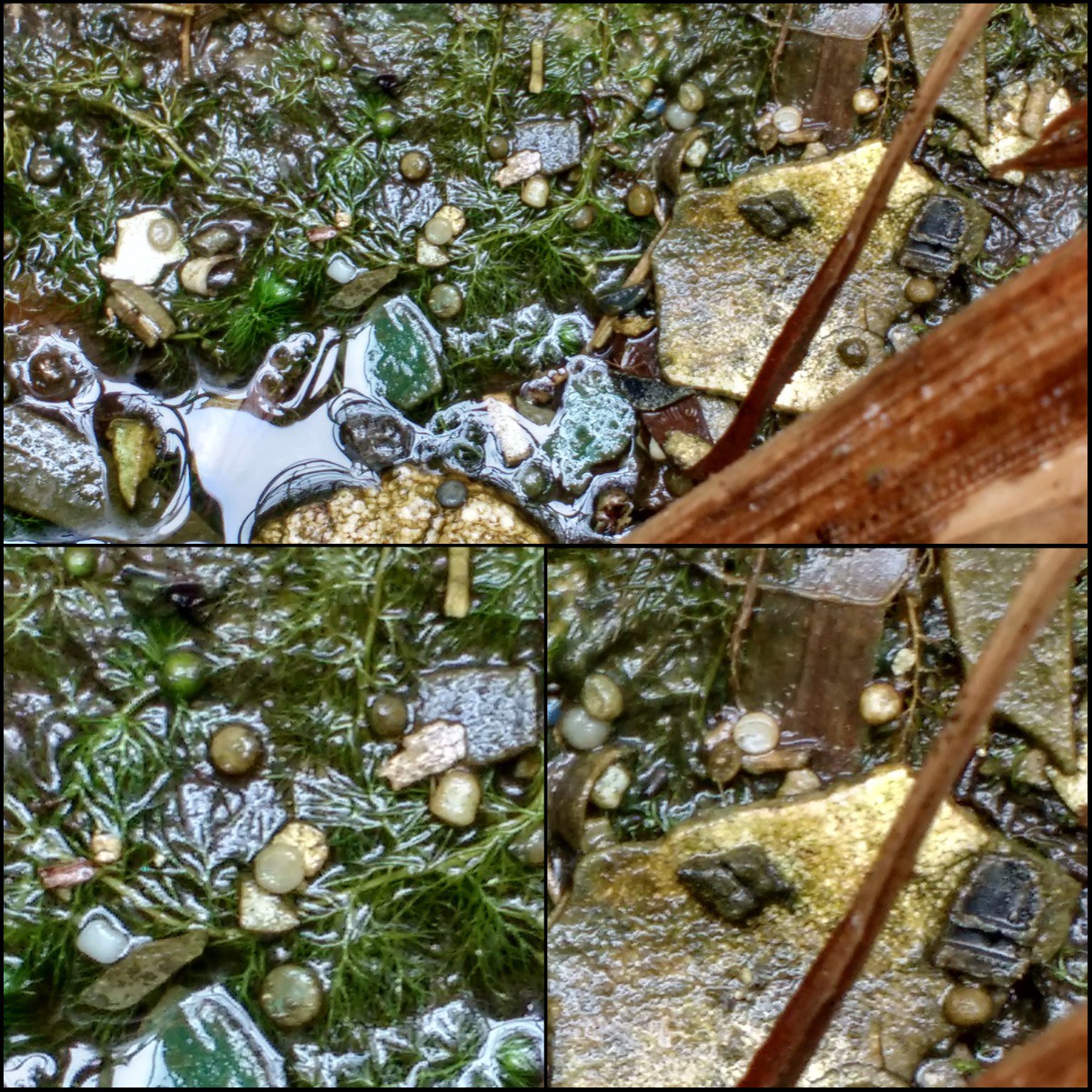 In addition to this, we of course observed frogs in the frog pond. Apparently in the spring time, this pond is so full of tadpoles that it is black! It is a thriving area.

This TED-Ed video explains more about nurdles and their effects:

Animals ingest the nurdles as they mistake it for food. The nurdles can contain toxins, which might poison the animal. It will lead to eventual starvation, since the plastics cannot be digested. This can rise through the food chain, leading to foods that we as humans might eat.

Nurdles end up released into the environment through spills in transit. Since they are small, light, and float - they end up making their way into the sea. See this diagram from NurdleHunt.org.ug: 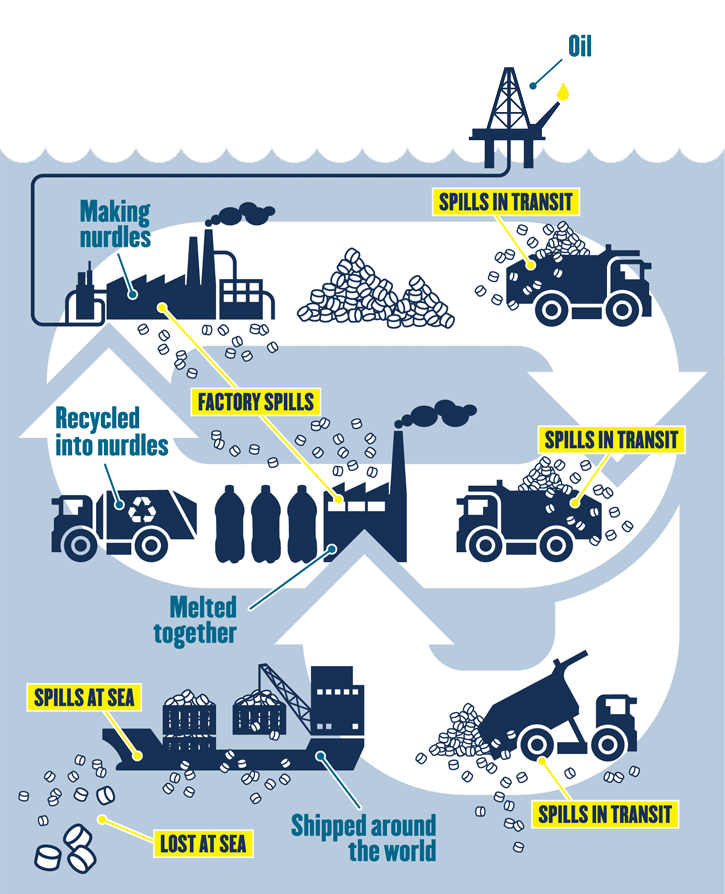 Eventually the nurdles end up washed ashore, where they remain, or are swept out to sea again. Once they are on the shore, then other animals are exposed to these, and can also mistake it for food.

With more plastics washing ashore each day, the need to preserve our natural spaces and protect the environment becomes evermore important.

We need a more efficient way of collecting these, and a way to monitor the problem autonomously. This is what we are working towards with Robot Missions. 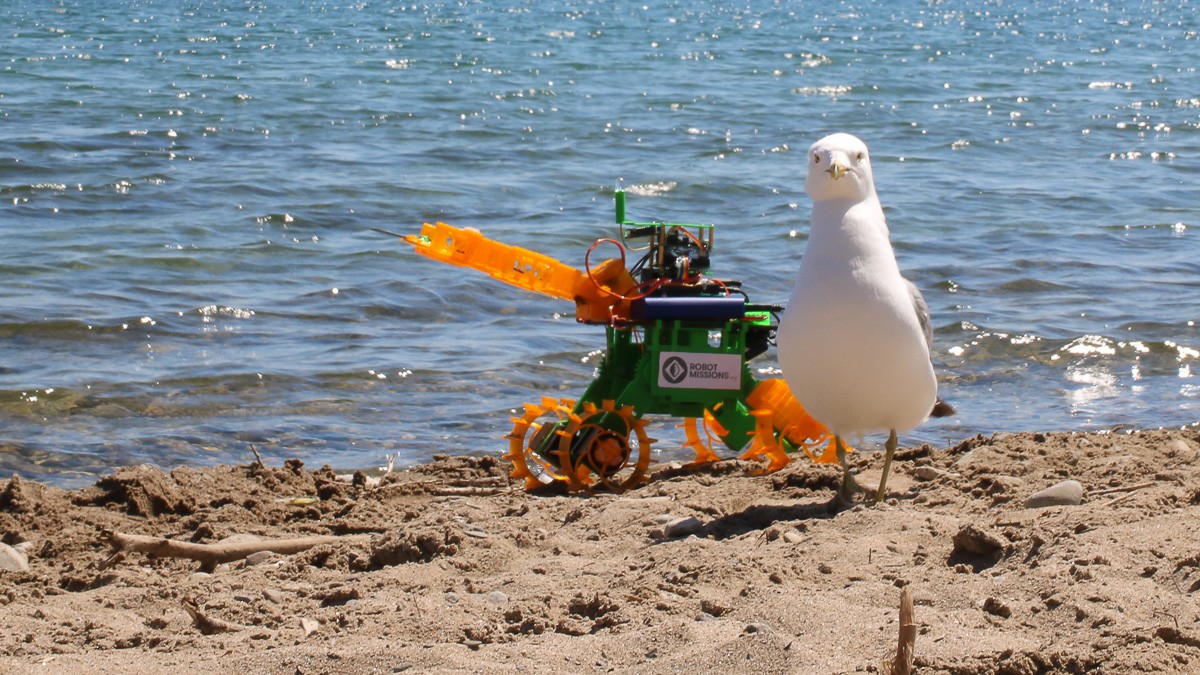