Every cell phone understands simple speech sentences now. However, unless you jailbreak your iPhone, SIRI and companions are not programmable, i.e. you cannot give it your own sentences to recognize and then perform the action you specify. Moreover, all these recognizers are embedded into a proprietary device. So I cannot control my toaster. Inspired by projects like BitVoicer and Jasper, I thought what I want is a solution that DOES NOT REQUIRE a LAPTOP or INTERNET connection. Here is what I came up with.

Of course, the Arduino computing power is too small to run a real speech recognizer. So I am running a speech recognizer on a 1GHz ARM-based test board with A13 chip. The board is behaving as an Arduino shield. It communicates to the Arduino Uno board via a serial link. In the first version, I trained the recognizer to control all the pins of the board (analog and digital). The default can be extended by adding your own trained sentences.

I then quickly had the idea of making these sentences changeable. The first prototype came to live. 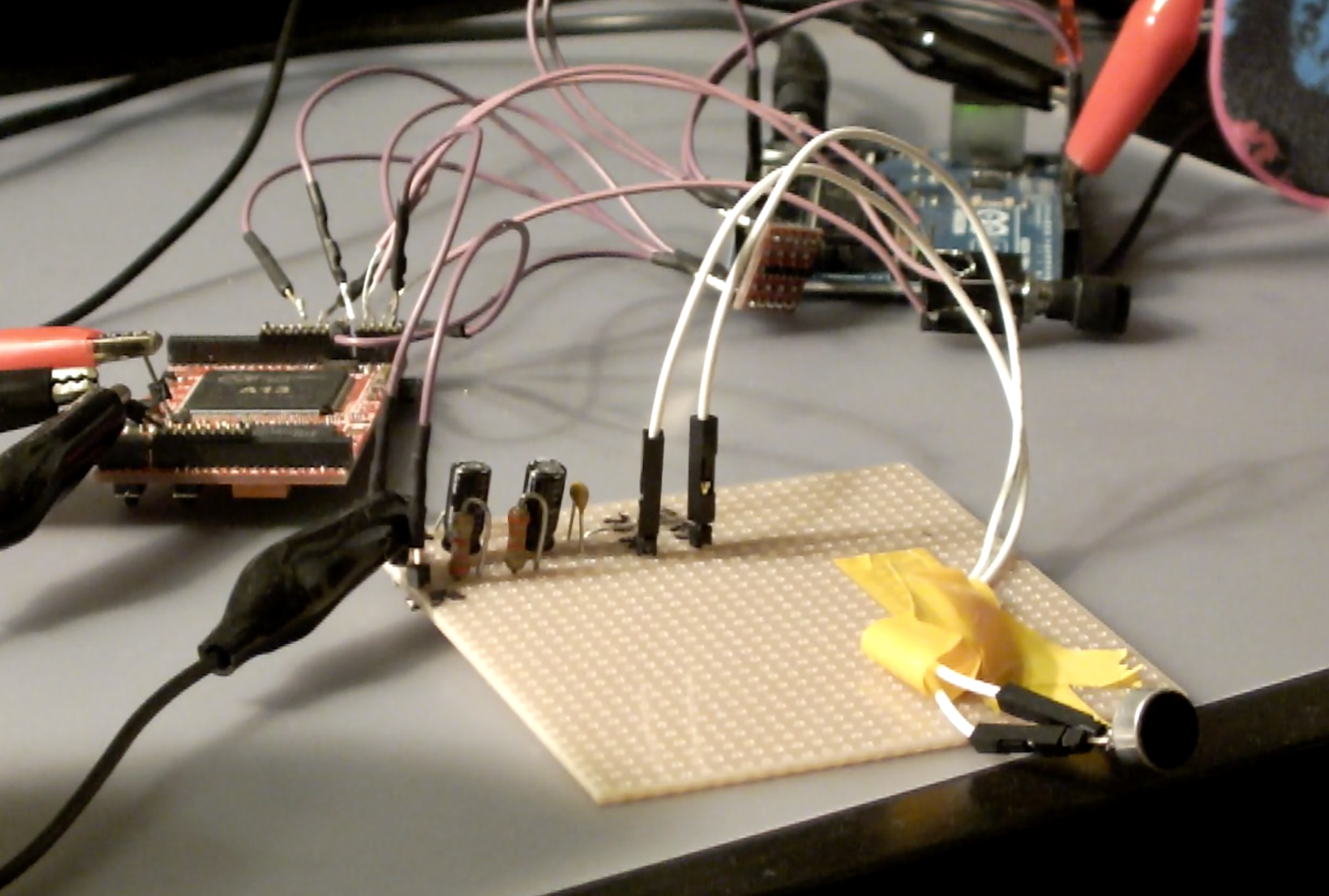 To make it mechanically more stable, I integrated everything onto a several prototype boards. 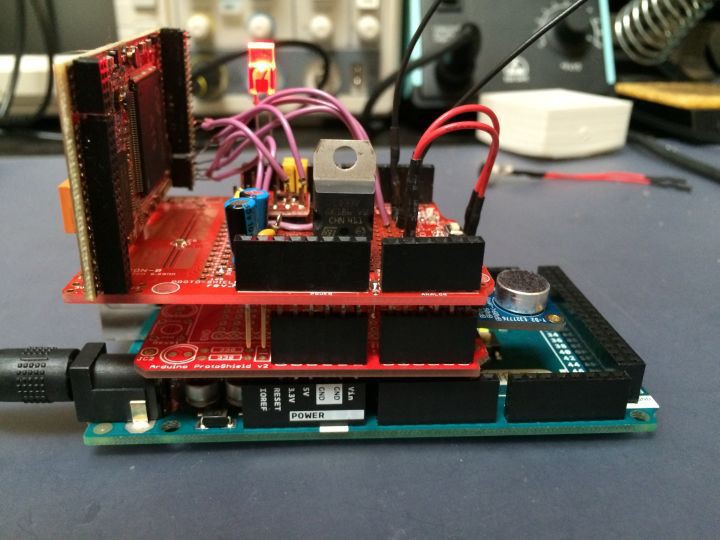 I presented that together with some friends and business partners at Maker Faire 2015 and received awesome feedback from literally hundreds of interested hackers. 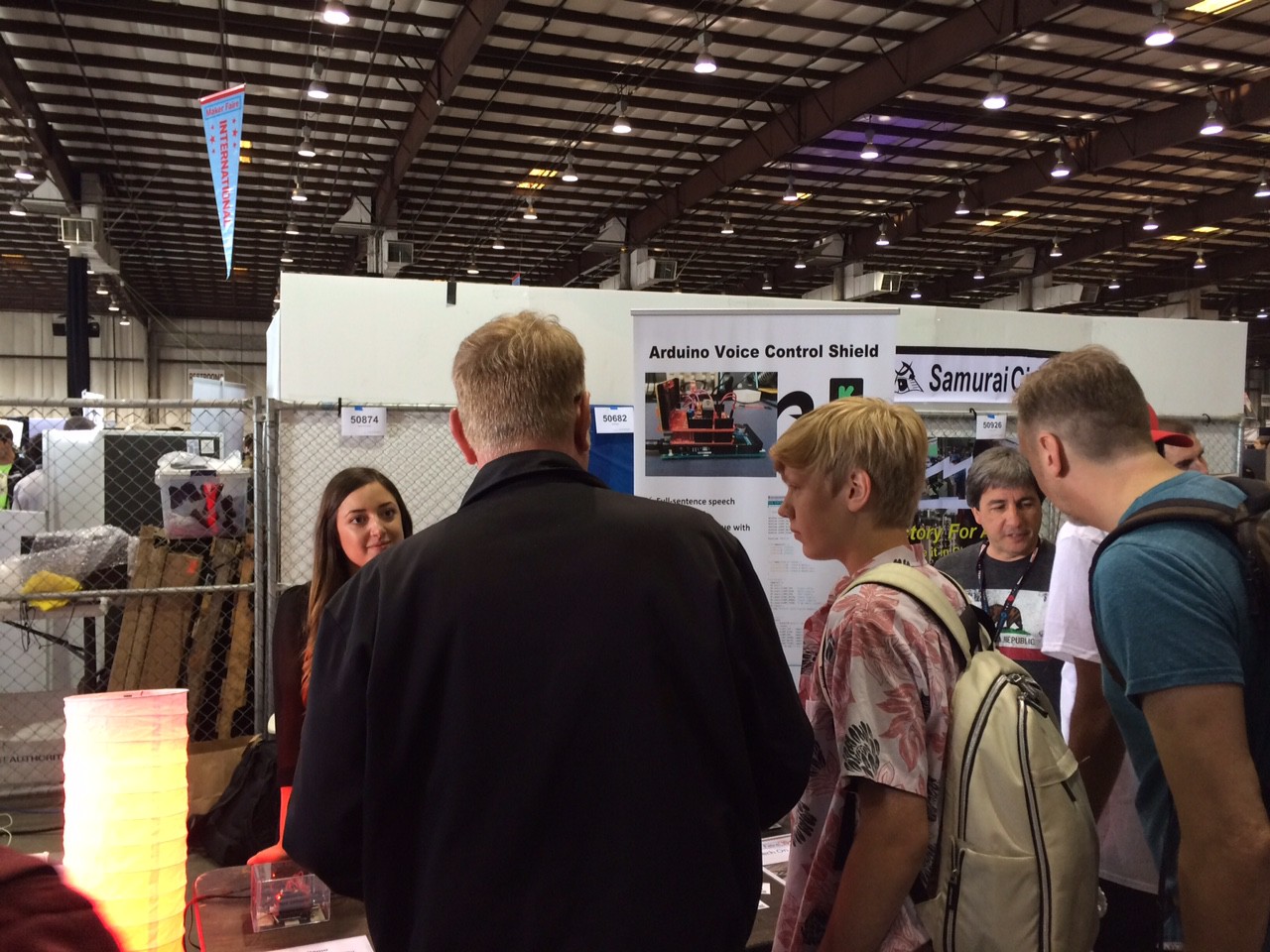 However, making it one board, was still a challenge. In order to that I needed professional help. So I got together with Bertrand and run a Kickstarter campaign. Amazingly enough, we got 233% funded! 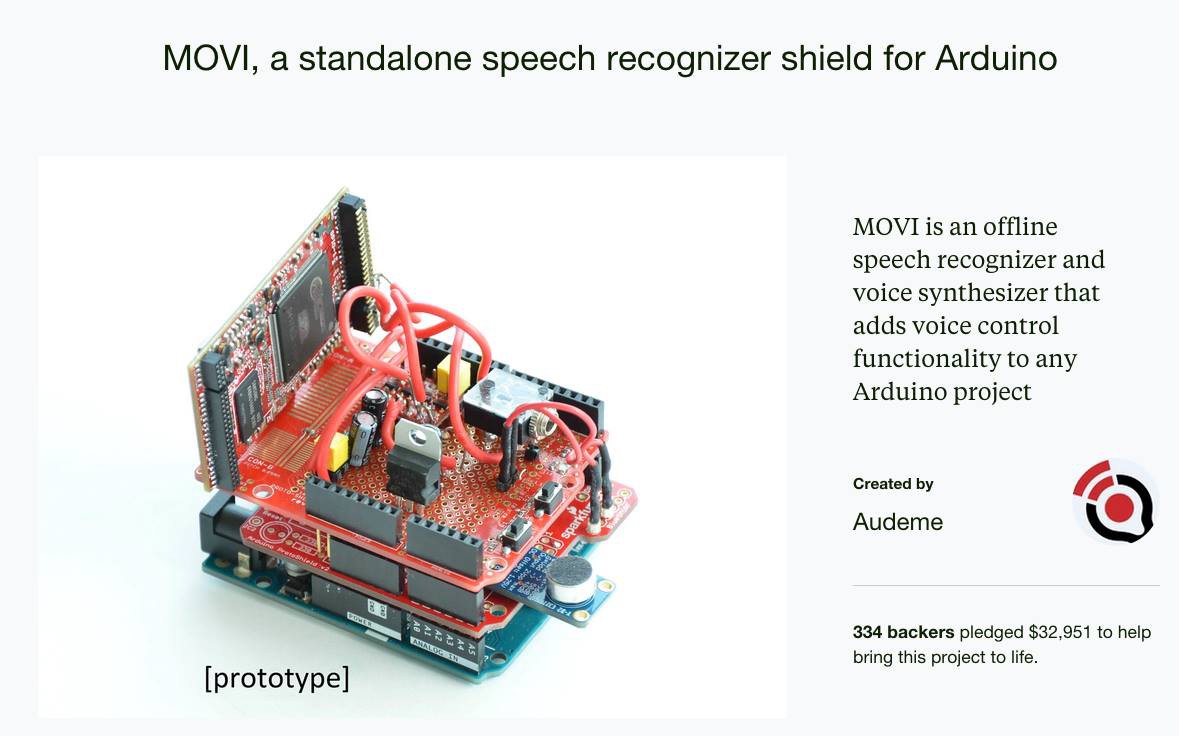 With the money, we were able to make it all into one board. Here is the Eagle CAD of it: 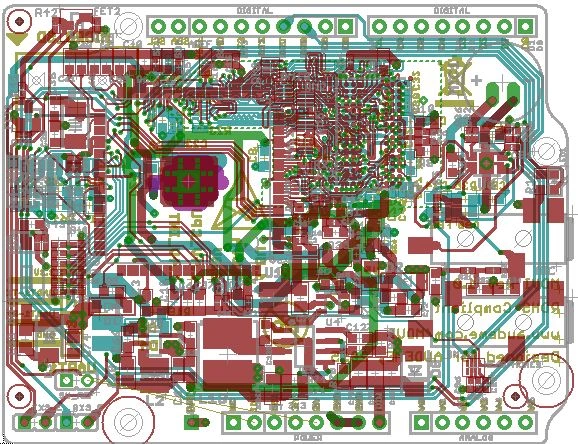 Having done this, I worked on creating an open-source Arduino library (see Github link), which hopefully makes it easy for everybody to train their own sentences and dialogs. This library comes with a couple examples, including a light switch, an Eliza bot, an alarm password system, and a voice controlled computer game. 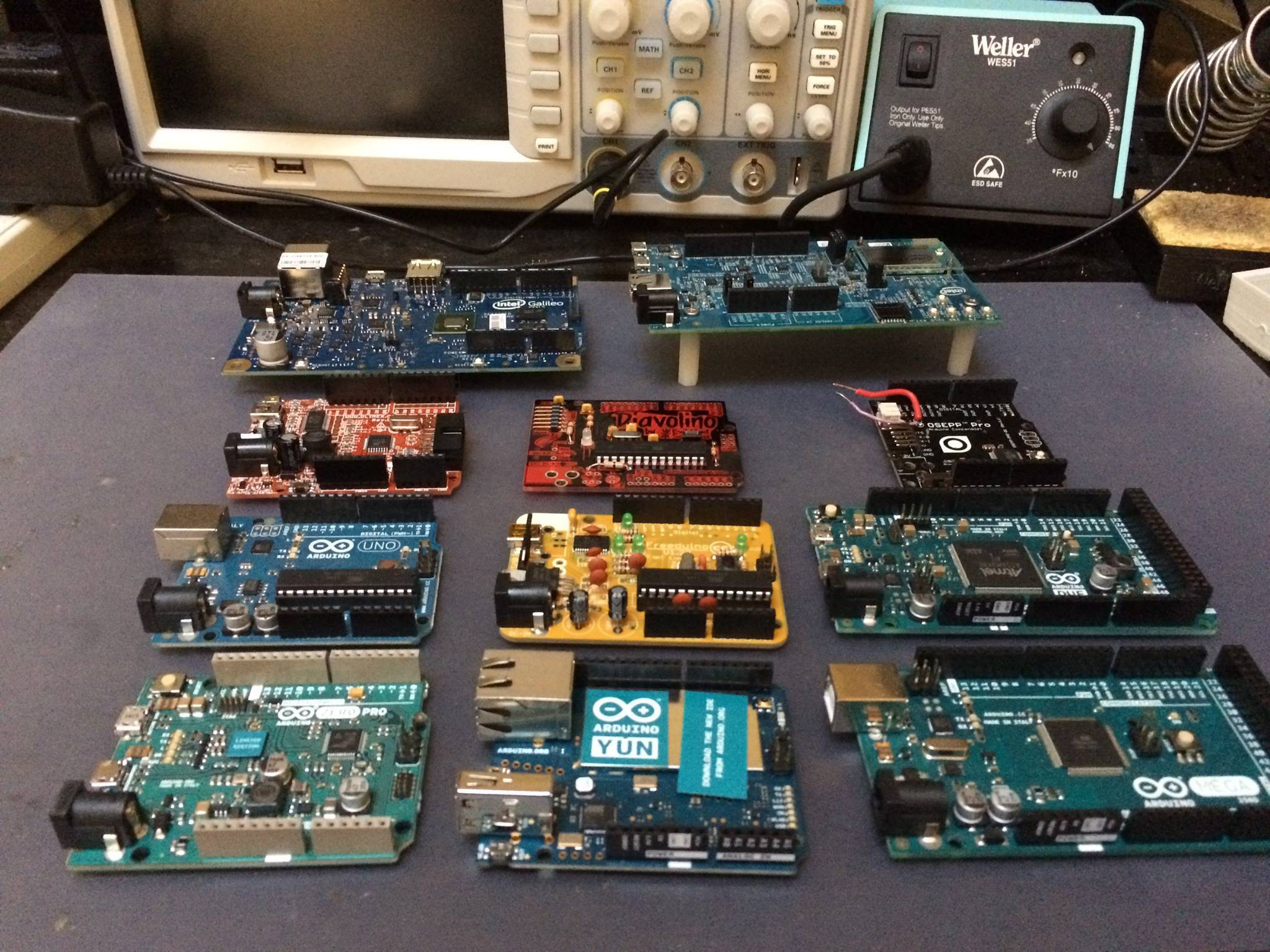 We then sent out the boards to our about 350 Kickstarter backers. 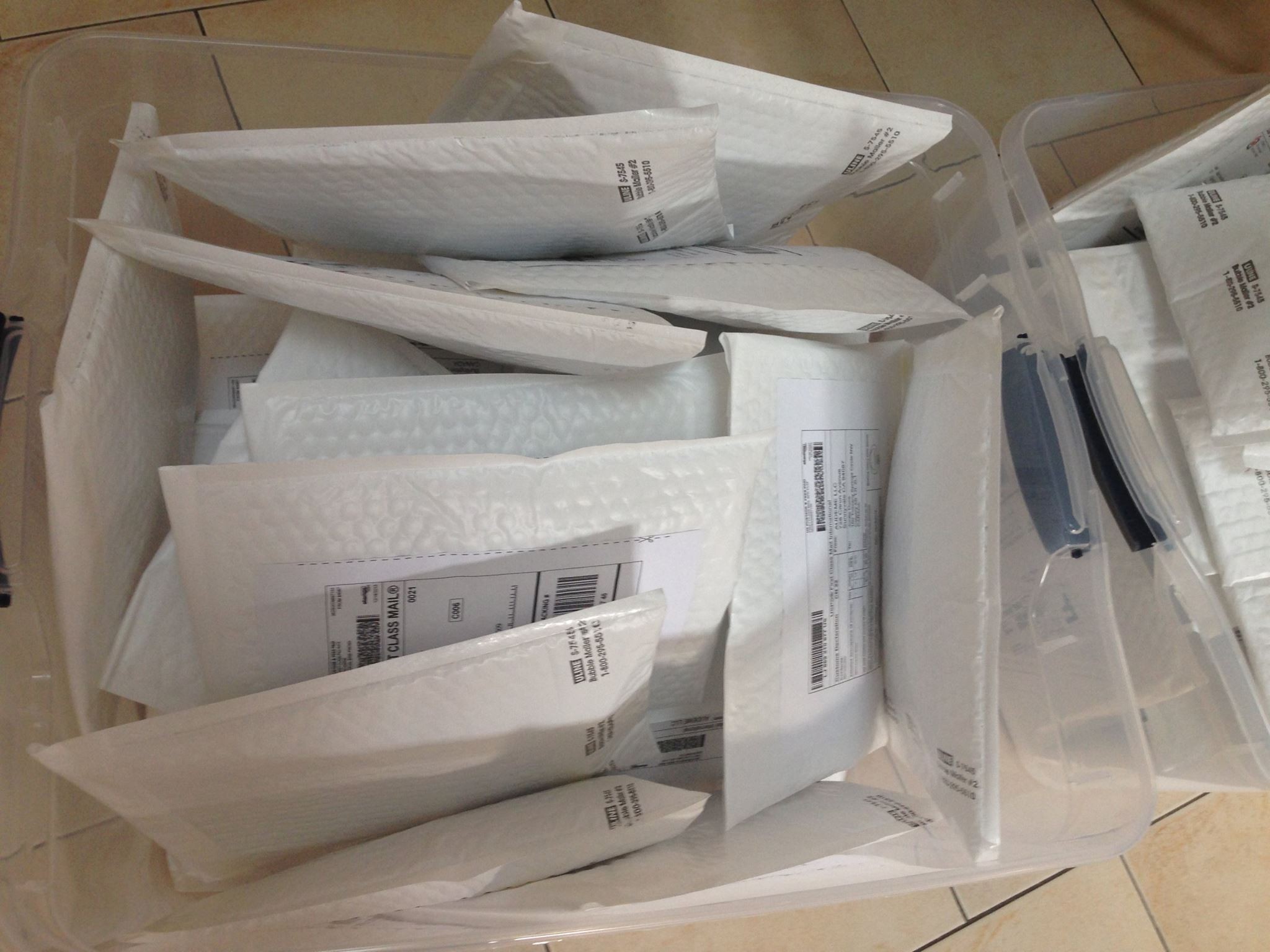 Case closed. Is it? No, because of this Amazing experiences, we decided to make this a product and sell on Amazon and other sites. 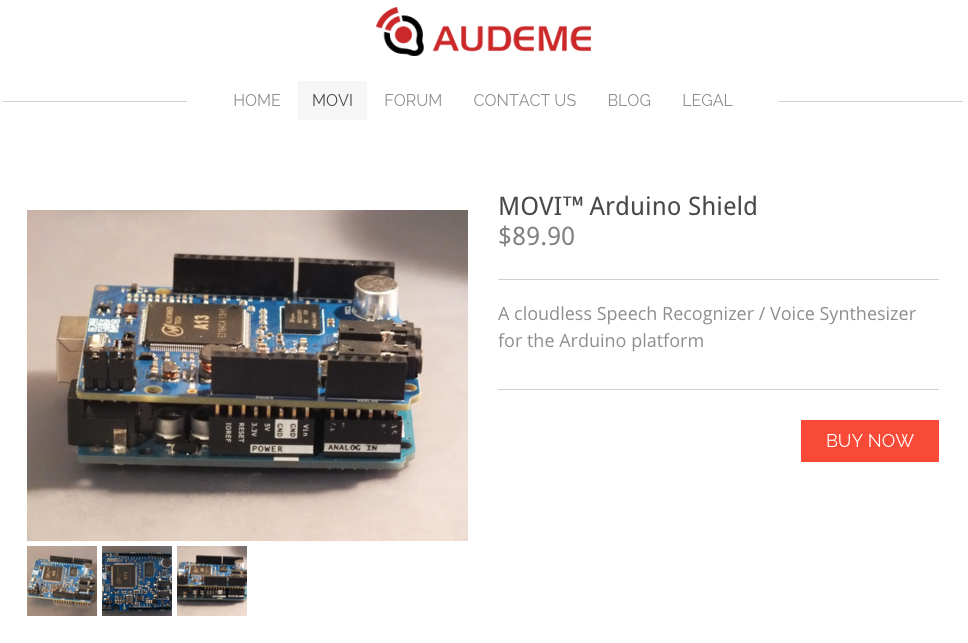 What now? Well, please go ahead and try one yourself! Also, I am going to publish about projects with it and about it on my Hackaday feed!

The OS btw. is just Linux and that's open source (on the SD Card).

No, since we have been commercializing it.

Are you planning to release the details for this device? I'd love to see how you routed the board, or how you implemented OS to run on the hardware.