EEG to control a Smart house. Oriented to persons with disabilities.

We have begun to ask what signal characteristics we recognize? And we decided to do an analysis of EEG frequencies. But what the waveforms and frequency of status or physical activity of a person say ?. We have found the following: 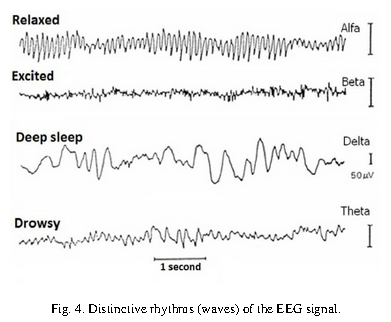 The lines of the next figure 1. are the FFT (Fast Fourier Transform) of the 59 channels database of BCI Competition IV, dataset 1 during the second 2 after a visual stimulus and the second one after removing the stimulus Visual. It seems that you can see the visual image stimuli right, because there is a lot of energy between 8-13 Hz frequency bands, and the Figure 2. there appears to be an absence of visual stimulation. 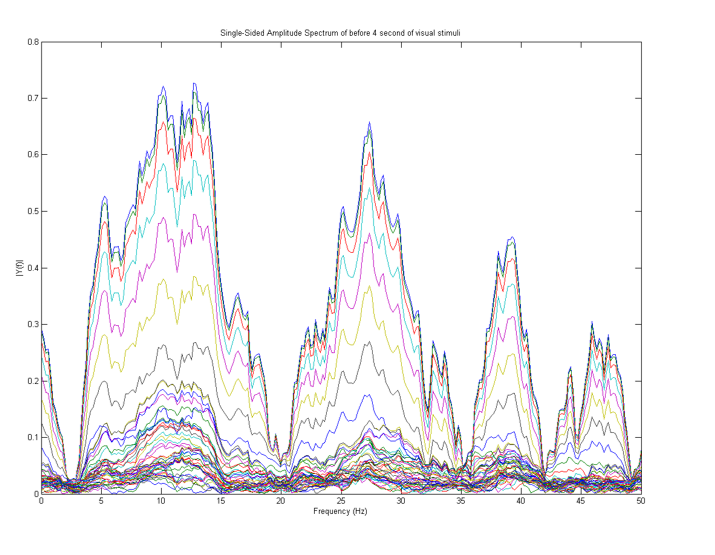 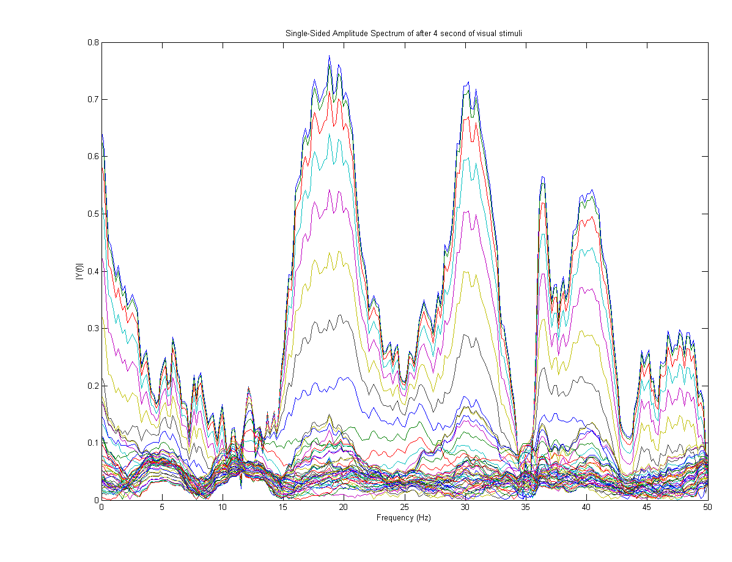