Robot Arm made out of Boxes

For another - still to be announced - project I created a robot leg housing a small 9g servo. This looked promising and I started wondering if one could build a whole robot arm this way. Basically having little boxes containing servos that are connected to each other. Here is the first prototype: 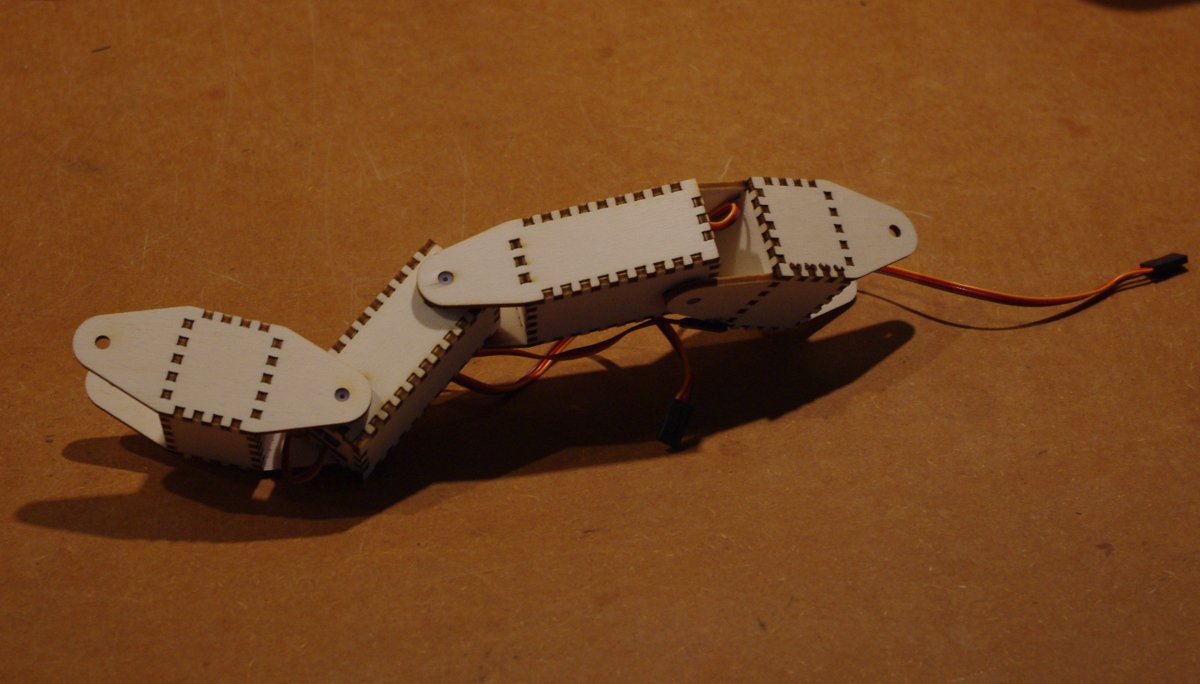 For now only 9g servos are supported but all the servo specific code is already factored out into a class of its own and new sizes can be added easily. For now I only have variants that do not require different widths on opposite side of the box. I am still pondering how to do that in a mechanically sound and not too ugly fashion. For this reason there is not yet a part that has a servo on one end and the hinge knuckles (is this the right word?) on the other side with the same orientation. 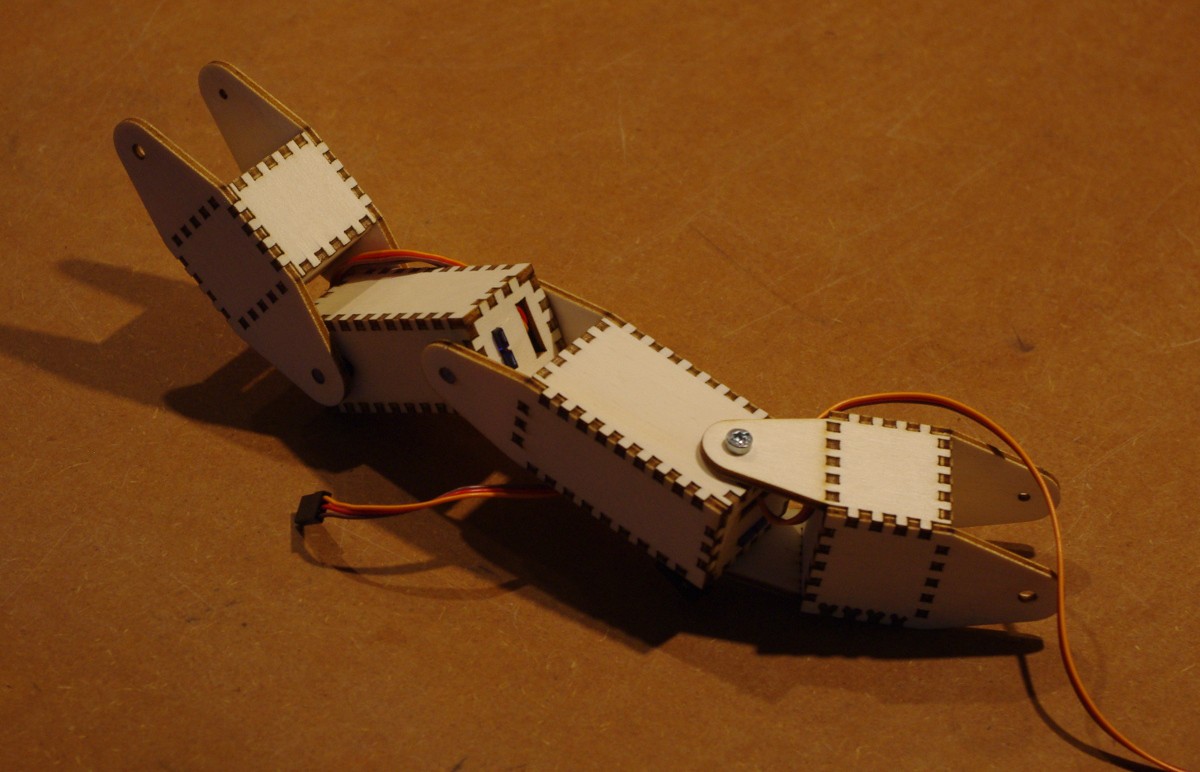 For now the servos are just built into the surrounding box without attaching them with screws. You can see the servo mounting flange protruding through the end plate of the second segment. Unfortunately this is not stiff enough. Even with the flimsy 3mm poplar plywood the closed form of the segments give great stiffness and it is a pity wasting it this carelessly. So I will add some furniture on the inside to attach the servos more firmly.

For now I do not actually plan to build a robot arm myself. But may be some one in my hacker space will pick up the project. I will probably add more parts if need arises. A gripper and a base would be the most obvious next additions - unless someone wants to create a hexapod...

Hinges and even more Boxes