The goal is to build a tiny autonomous sailboat able to travel potentially forever, powered using solar panels and wind.

Thanks to @Leonard that pointed out the possibility of creating a redundant system!

Redundancy is basically the duplication of critical components of a system with the intention of increasing reliability of the system.

In my case I'm going to use two Arduino that do the same task: sail the boat. In the event that one fails the other could take his place.

The only parts in common are the I2C bus between the master and the slave and the servos operating rudder and sails.

The slave Arduino will be in standby mode most of the time in order to prevent as much as possible power consumption, periodically it will wake up to send a signal over the I2C to the master to see if everything is working fine. It can also be activated by the master in case of necessity. 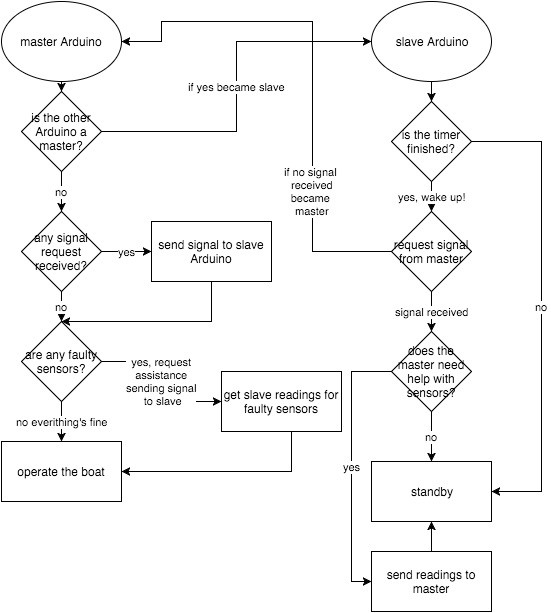 There can be a problem in the scenario in which the connection between the Arduinos fails but both of them are still operating. In this case there will be two master Arduino in competition for operating the boat. I'm evaluating two options:

If you have any questions or suggestions please feel free to comment :)