The new laser-cut body arrived, so I moved the servos to it. Among other things, it has the new servo mounting pieces that I came up with: 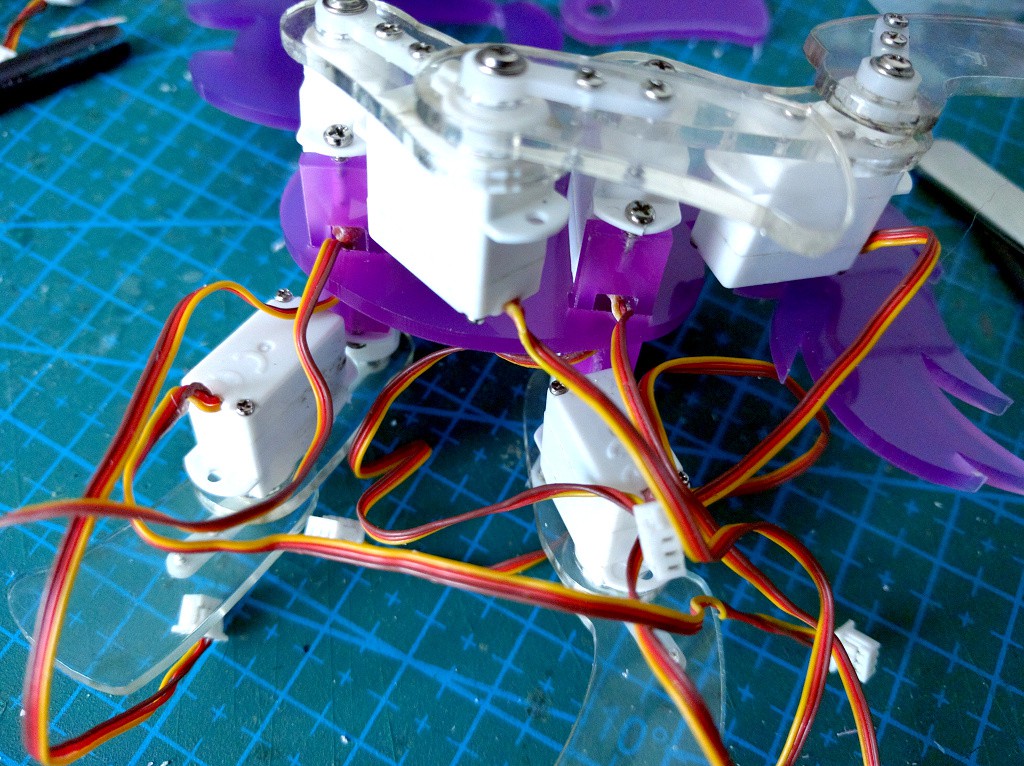 The screw holes are a little bit hard to drill in the edge of the 2mm acrylic, and it's almost impossible to slide the servos on both sides in at once -- I will need to extend the slots to make it possible to slide them in place. Other than that, the whole thing looks much better: 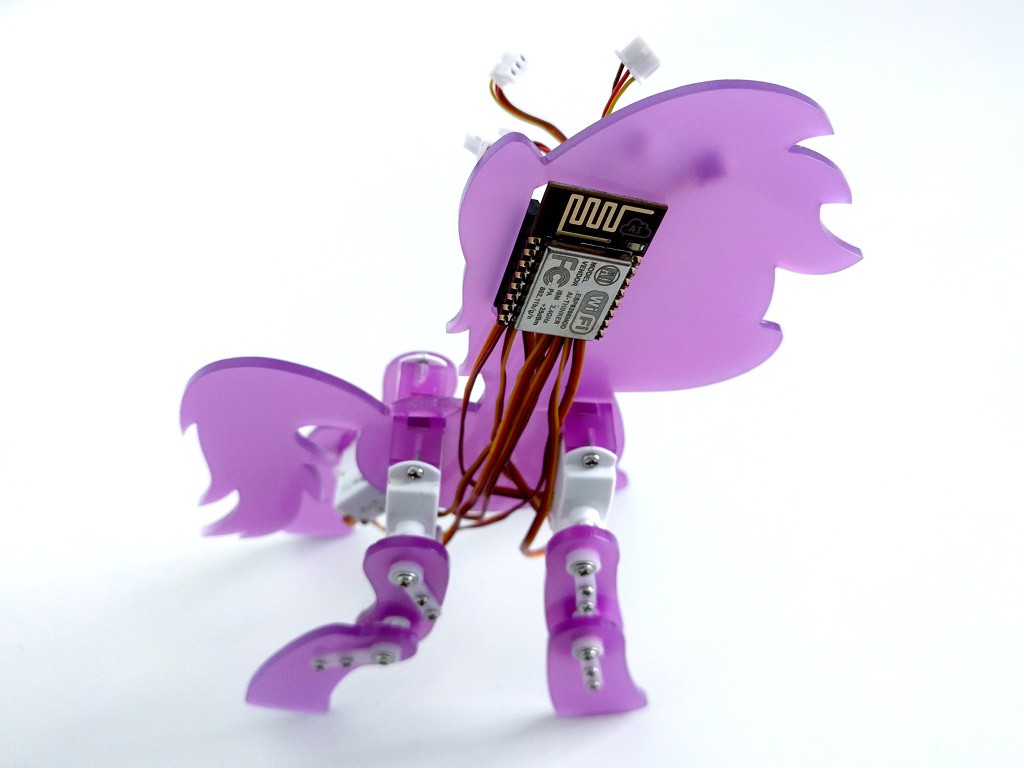 I now kinda regret putting that hole for the brains in the head, because it turns out that the board would fit between the servos on the body (and then the battery could go on the other side. I guess I will need one more prototype at some point. For now I want to get it to walk, though.