The charge controller consists of a buck converter that is controlled by an Arduino via a half-bridge driver. 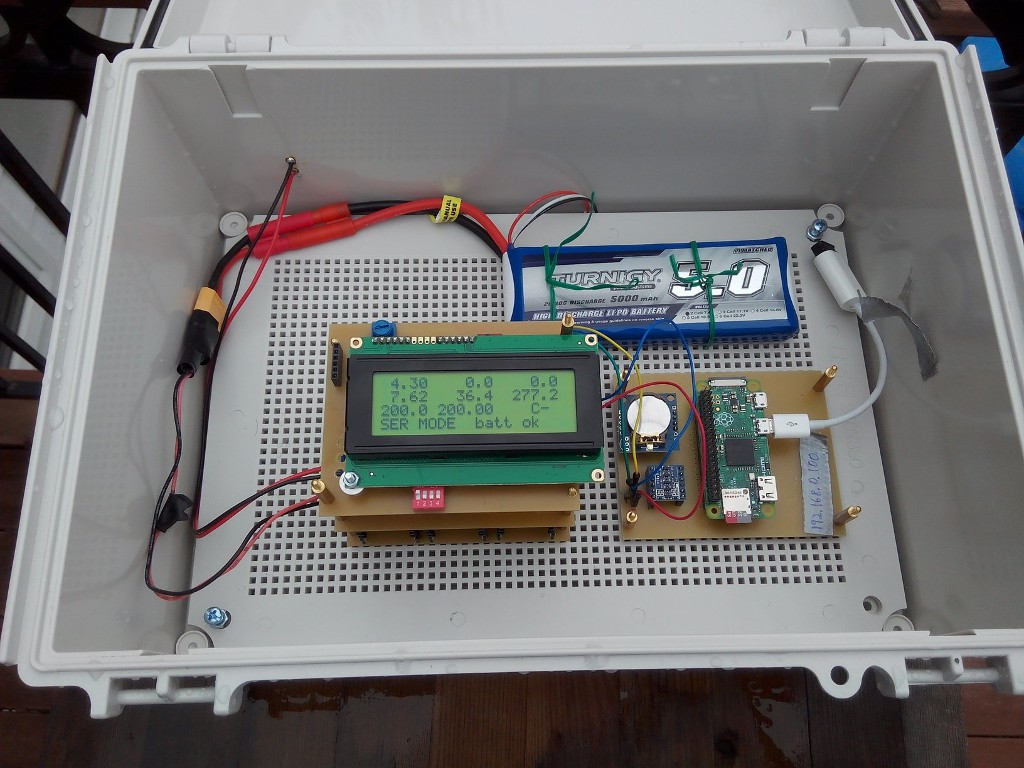 A waterproof outdoor enclosure was added for long term testing. 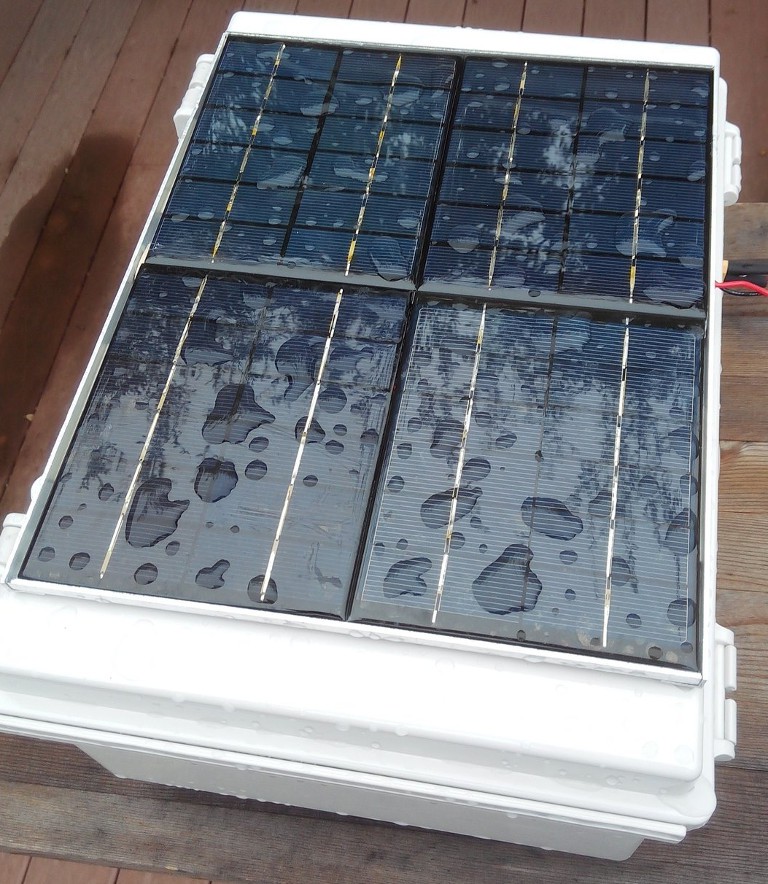 After three days of working, the system got into a state where the relay to the Raspberry Pi was on, but the Pi was not running. Apparently, it is possible to turn on power to the Pi, but the Pi does not boot up. I have observed this behavior in the past. Obviously, this is not acceptable for an autonomous system. I changed the code on the Arduino so that it will power cycle the Pi if it detects that the Pi is not running. What is a good criterion to determine if the Pi is running or not? I chose the power consumption. The Pi draws at least 1000mW when it is running, so if the system power is below 900mW even though the battery voltage is high enough for the Pi to run, the Pi needs to be power-cycled. However, during boot, the power can be below 900mW, so an extra precaution for the power cycling is needed. I decided to take three successive power measurements, and if each of them is below 900mW, only then will the Pi be power-cycled.

the project has been running since the last post, so for about a month, without any intervention. At night, it turns itself off when the battery voltage gets too low. In the morning, it starts up as soon as the battery has charged up enough. The current settings are
#define PI_ON_VOLTAGE 7.8
#define PI_OFF_VOLTAGE 7.6
#define SHUTDOWNVOLTAGE 7.5
I uploaded the log files, if you're interested
https://github.com/atmelino/raspberryPi/tree/master/projects/MPPTMonitor/writeFiles

Hi Tobias, have you got any update for this project? Has it been working well?

Hi Tobias, have you got any update for this project? Has it been working well?