Today I got package from Ukraine with a number of actual germanium logic modules manufactured in USSR from 1974 to 1978 for transistor computer MIR (that is actually abbreviation that stands for Machine for Engineering Calculations in Russian and in the same time means "world" and "peace"). According to Wikipedia this computer had 3 flavors - MIR (1965), MIR-1 (1968) and MIR-2 (1969) so modules from 1974-1978 look like spare parts for pre-existed "old" computers and may be even never used (but I'm not sure): 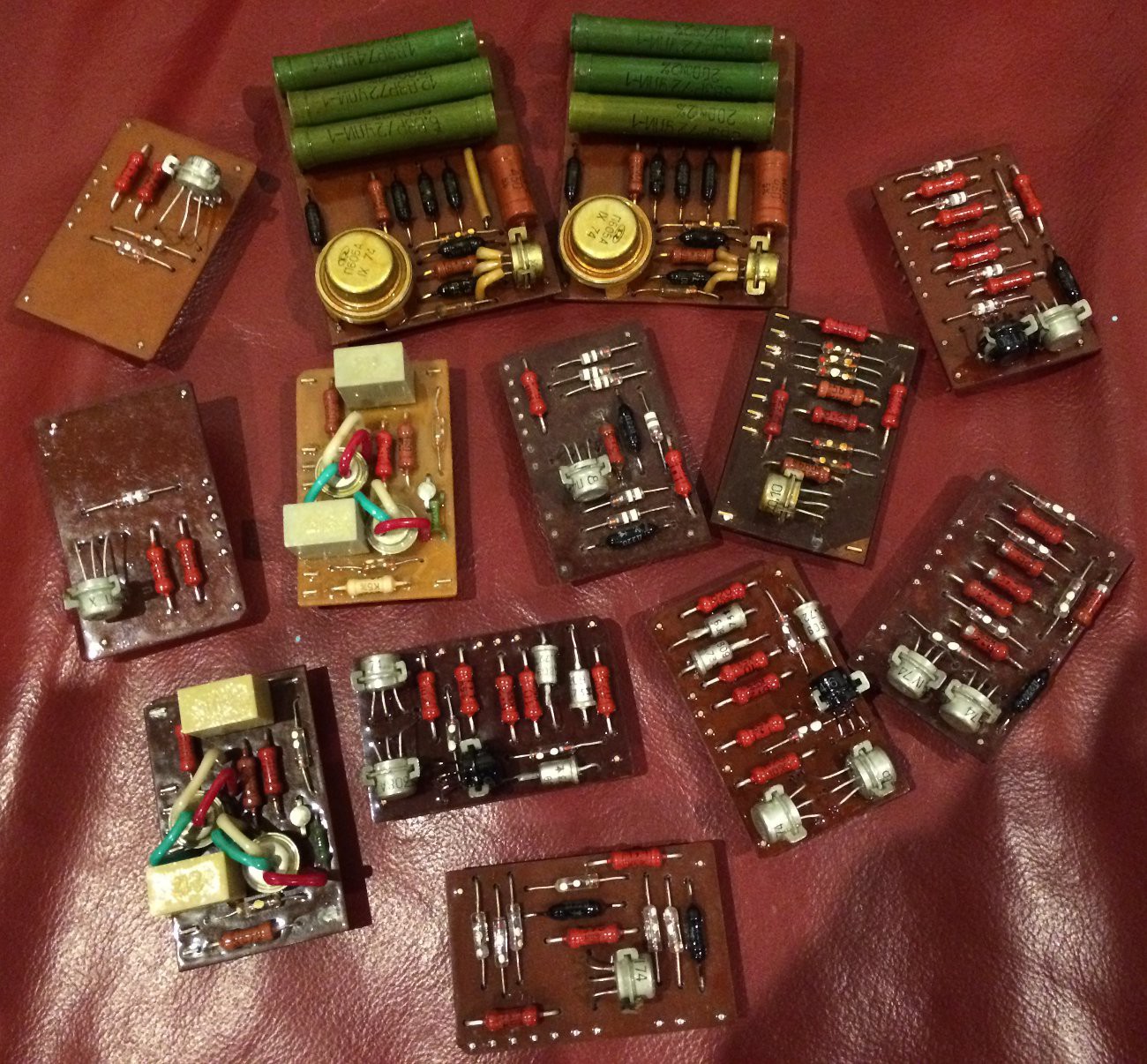 I plan to reverse-engineer them (it looks like straight-forward task because PCBs have only 1 layer of copper) and may be even USE in this particular project ;)

UPDATE: Later I got scancopies of lecture notes from 70s with detailed description of every MIR module including schematics :)