Strange accident resulted in the idea that maybe there's another way to do this... what about isolation-routing, instead?

My results, so far, have been that wiping up the excess (unmelted) toner takes a steady-hand and a lot of patience... Makes one feel a bit like an archaeologist looking for fossils. Maybe I haven't got the slurry-density and feed-rates quite figured out... But I did a *really light pass* with the laser in one experiment, and it resulted in "traces" that melted together, but not to the copper... so they wiped away really easily, leaving the unmelted-toner behind: 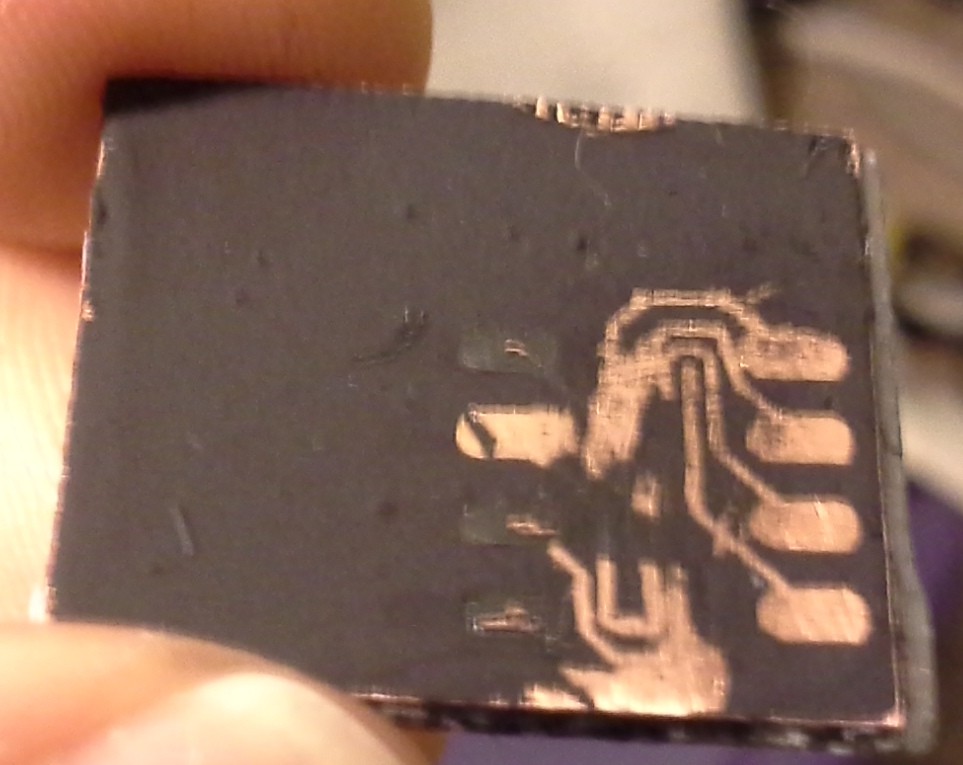 So, instead, maybe do isolation-routing, where the traces will be the portions that *aren't* lasered, the unmelted toner that would later be adhered to the copper in an oven... Hmmm... I don't think many PCB-mills can isolation-route TSSOPs, right? That'd be a teeny-tiny cutting-bit!

More ramblings over at: https://hackaday.io/project/7535-cddvd-mechanisms-and-cartesian-thinggies/log/42926-first-cnced-toner-experiments