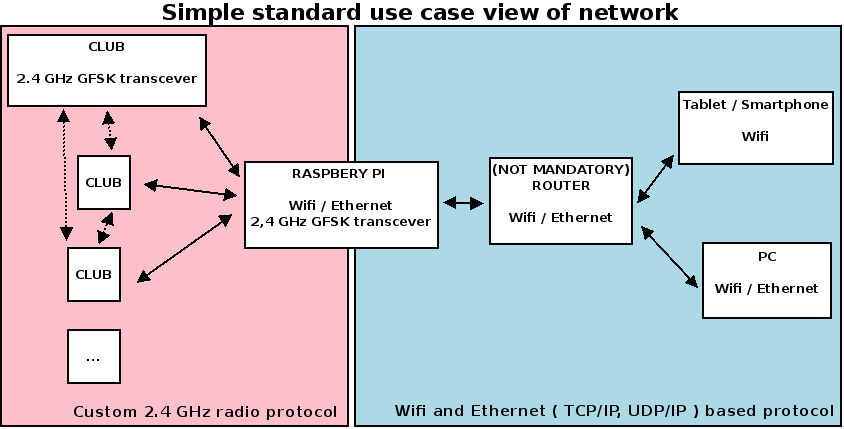 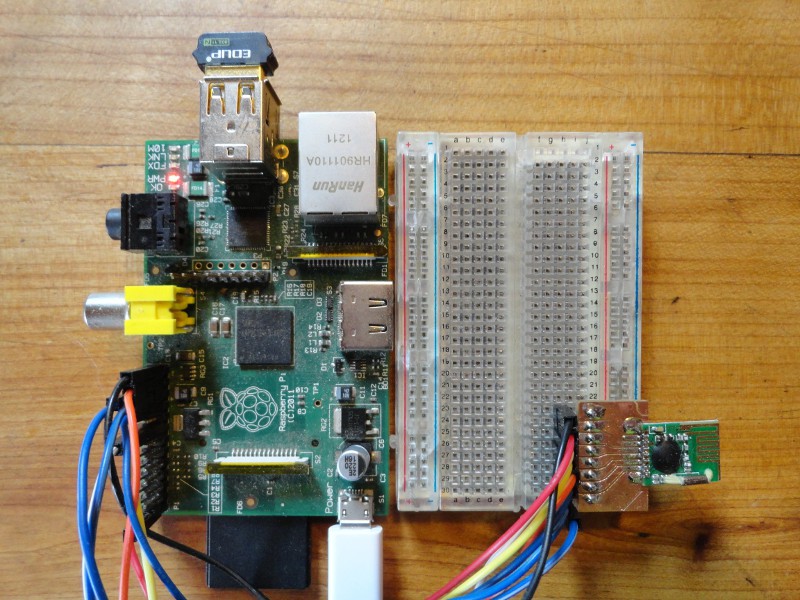 There is an SWD ( Serial Wire Debug) footprint on the pcb, that allow you to debug, and flash a new firmware ( significant if you break your bootloader).

A voltage supervisor ( thanks to Yann Guidon ), shut the the buck boost in case of voltage drops below the threshold voltage to protect battery.

you could take a look at the schematic...

About mechanics and plastic

Made very quickly to show inside body, ( I must order white heat shrink to the proper diameter ) : 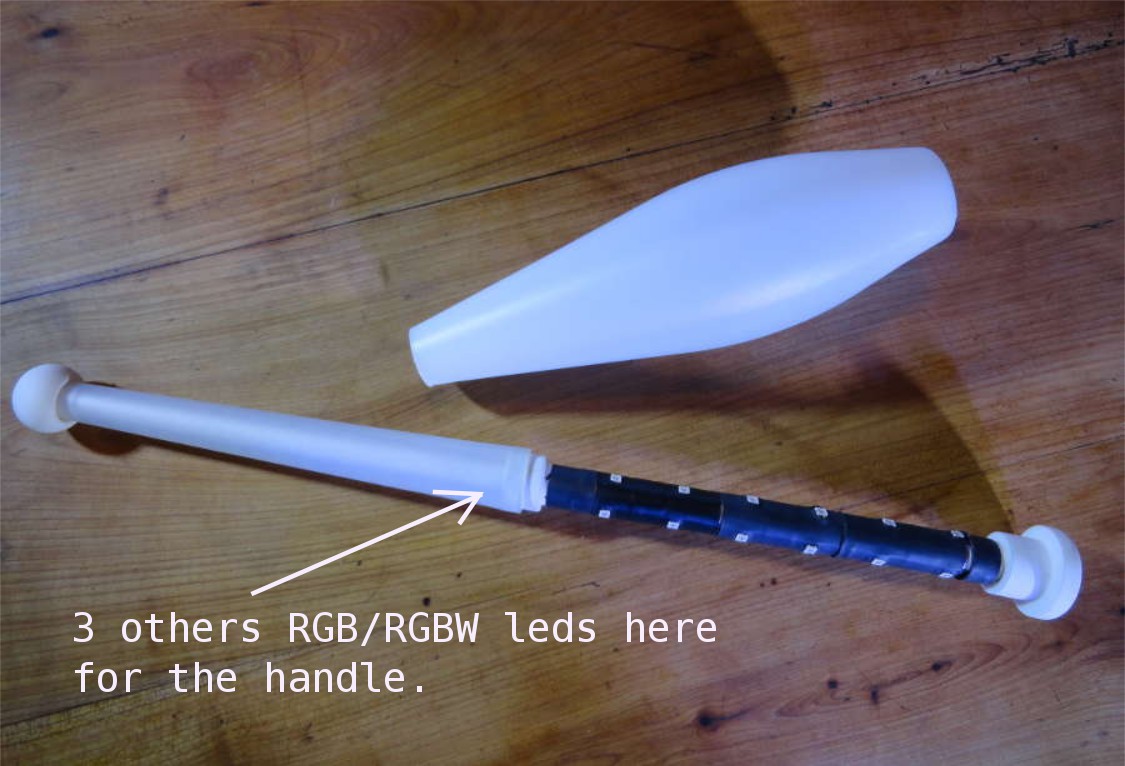 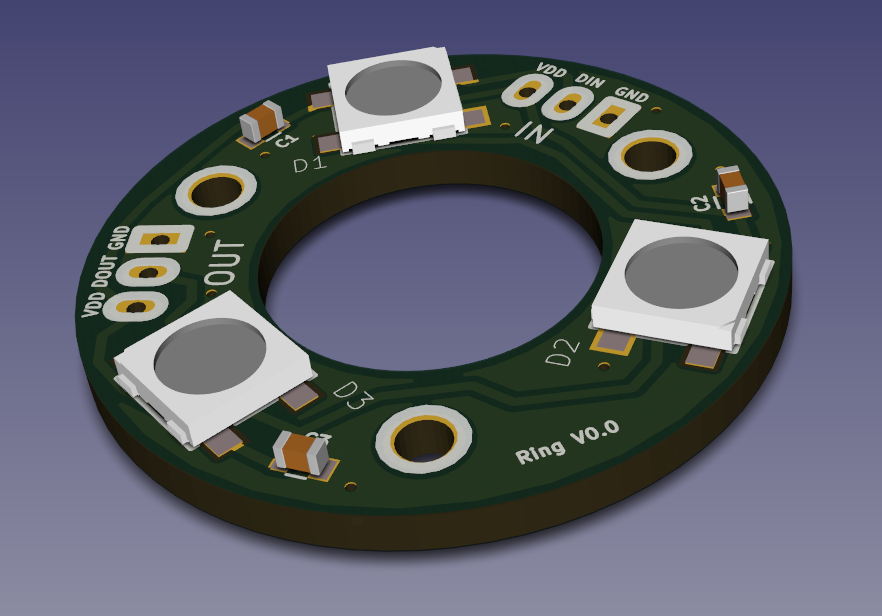 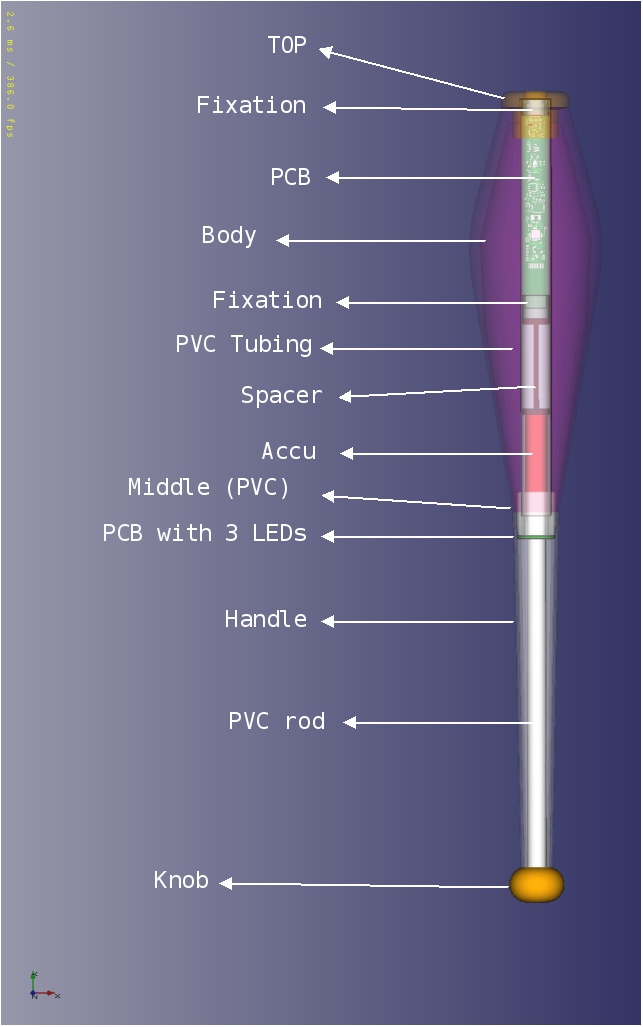 For the inside of the proto, I used 12mm PVC rod for the handle and 20mm PVC tubing for the body. The central part and fixation are expanded PVC sheet. milled for now.

3d printing of the top with nylon :

This is not the right material, we need something which can absorb shocks, certainly an elastomer. A professional way would be injection molding, but price is professional too. So I would like to try to make a 3D printed mold, or a silicone mold of my part first.

For knob, body and handle we can find it easily as spare part in a juggling store.

Another way I would like to explore using recycled materials ( more info here ) : 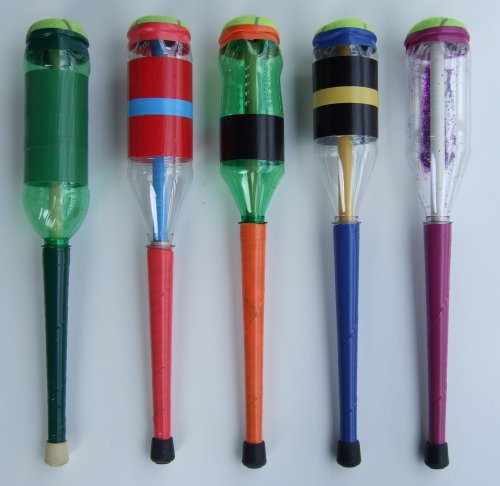 I use as much as possible open source tools.
I apologize for missing software, I list mostly those who are significant for hardware collaborative work.

Development can be done on GNU/Linux, Window and OS X.
Later, propose a pre-configured GNU/Linux virtual machine, with all the tools and more... Could be pretty cool. Yes, like Crazyflie !

Where you'll find all about this project

For now here.
And soon on GitHub.
Later, I could set up a mailing list, if needed.

Some things to think about

It'll be adapted when needed.

For Software I like GPL ( GNU General Public License ).
For Hardware, open source but I still need to read about existing possibilities.
Pending, I put a Creative Commons Attribution-ShareAlike. See below.