Using just data from a wrist mounted IMU (or smartwatch) is it possible to reliably determine what, and how much, you have been drinking? As a platform to test the application of machine learning algorithms, I'm going to try and find out. If I have to drink a lot of beer in the process, then so be it.

I was out with a friend who kept getting out his phone to input his drinks to a app - which was all as part of an effort to monitor and reduce his alcohol consumption. Not only was this a chore, but it was ultimately futile: at some point in the evening he forgot to update his app and then later on was too drunk to care. It got me thinking that there must be a better, more automated way, of recording that information that wouldn't rely intoxicated people entering accurate records.

This led me to thinking about the new field of 'activity tracking': smart-watches with accelerometers and IMUs in them are now commonplace, and widely used to track movements - usually in relation to exercise and fitness. Could such technology be used to track - and quantify - what drinks you've had? 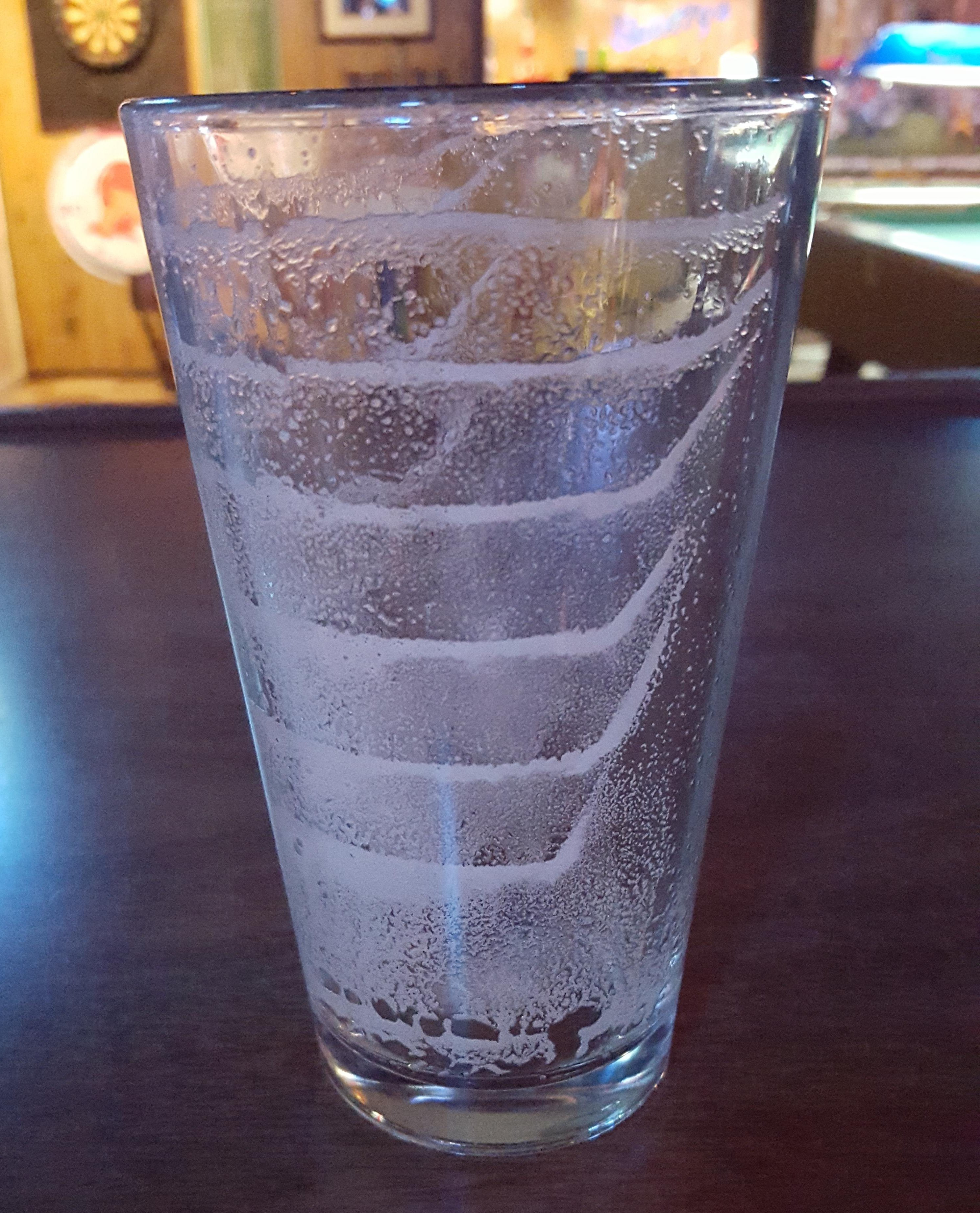 The pattern of foam on the inside of the glass offers a clue to how this beer was consumed.

The more I think about it, the more it seems apparent that a large amount of information about drinking is revealed in the movement of a hand. When someone drinks a beer, the sips they take - their frequency, duration, the angle the glass is tilted - follow a particular pattern. This will be different for the case of drinking from a bottle compared to a glass, drinking a glass of wine, drinking a coffee, a can of coke or doing a shot. Of course there will be large variations depending on how drunk, thirsty or distracted someone is, but could a pattern recognition algorithm pick out these different signatures with a good enough accuracy to be useful? Maybe.

So, to begin this investigation, I need data. I looked initially at smart-watches and Fitbit type bracelets, but these generally perform some pre-processing of the IMU data before sending it via Bluetooth and all the APIs and everything seems pretty locked down. The Pebble might be an exception, but its quite expensive and I want to keep everything relatively cheap at this stage and have access to everything, so to start with I'll use an off-the-shelf IMU, possibly with Bluetooth connectivity, that I can attach to a wrist strap.

The 2015 Hackaday Prize
Using the sensors around/on us, provide feedback when 'dark mood is a-coming'. Nipping lows in the bud.
Project Owner Contributor