A project log for SOLARBOI - A 4G Solar Rover!

Work continues on TKIRV! At this very moment, preliminary work on the Raspberry Pi control system for the car has commenced. We're running things with Python which is a fantastic language in which to build things quickly and efficiently. So far we've got some LEDs flickering over the network which is an important first step towards our goal. 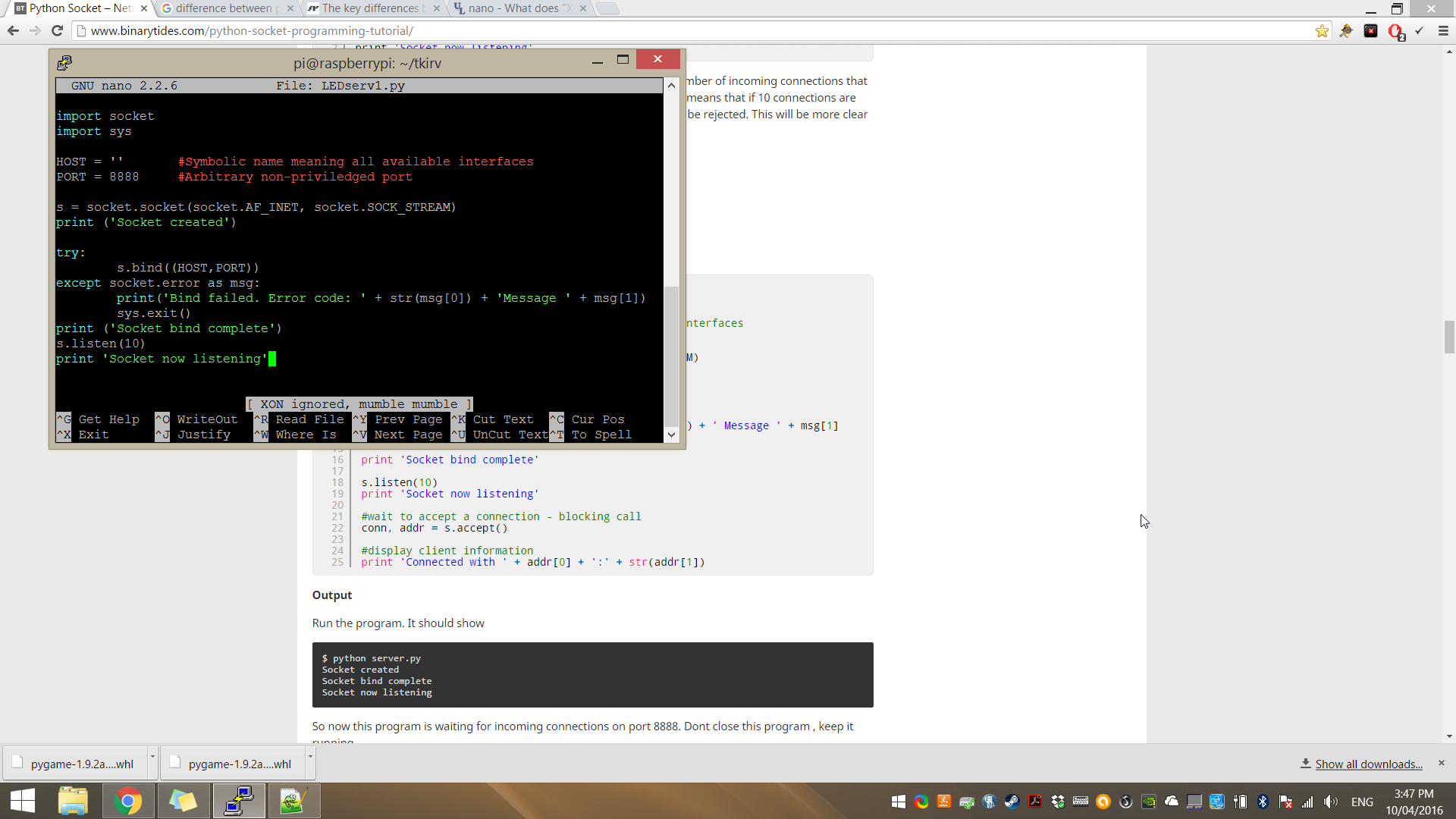 TKIRV has also been entered into the 2016 Hackaday Prize. We're aiming for the Anything Goes category. The basic features of TKIRV are outlined below.

The aim of TKIRV is to build a remote vehicle platform capable of indefinite operation by leveraging cellular connectivity, solar energy, and smart power strategies. With this technology, TKIRV will theoretically be able to roam as far as cellular internet access is available, being controlled over the internet from many kilometers away - potentially even from a different country.

In addition to its camera, TKIRV could be further equipped with sensor payloads to enable it to perform more complex missions. This could range from environmental monitoring (temperature, radiation sensors), mapping (altitude sensors for topographical data + GPS), or packages to enable more autonomous operation (rangefinders, computer vision). This combined with TKIRV's ability to operate for long periods of time through the use of solar power give it many advantages for continuous monitoring applications. 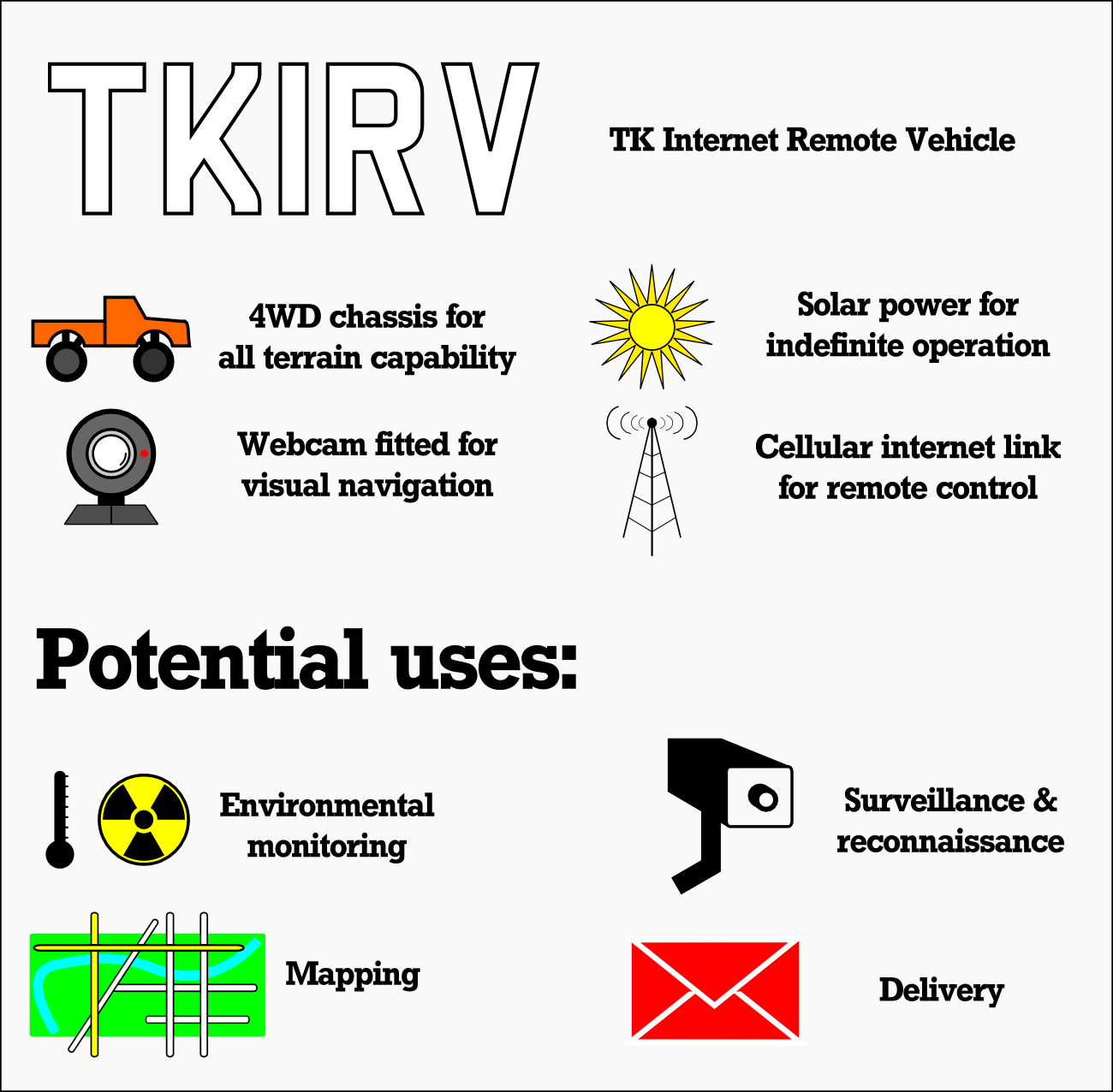 Keep an eye out for the next update, where we try and figure out how to interface with the RC car's drive and steering systems!

Tearing down the base vehicle!