I was a bit concerned about the design choices in this project. I intend to put a lot of heating elements in a tiny enclosure with no way to evacuate heat, probably ignore all rules regarding signal cables proximity to power cables, have 230V going inside, etc. Therefore some tests were afoot. 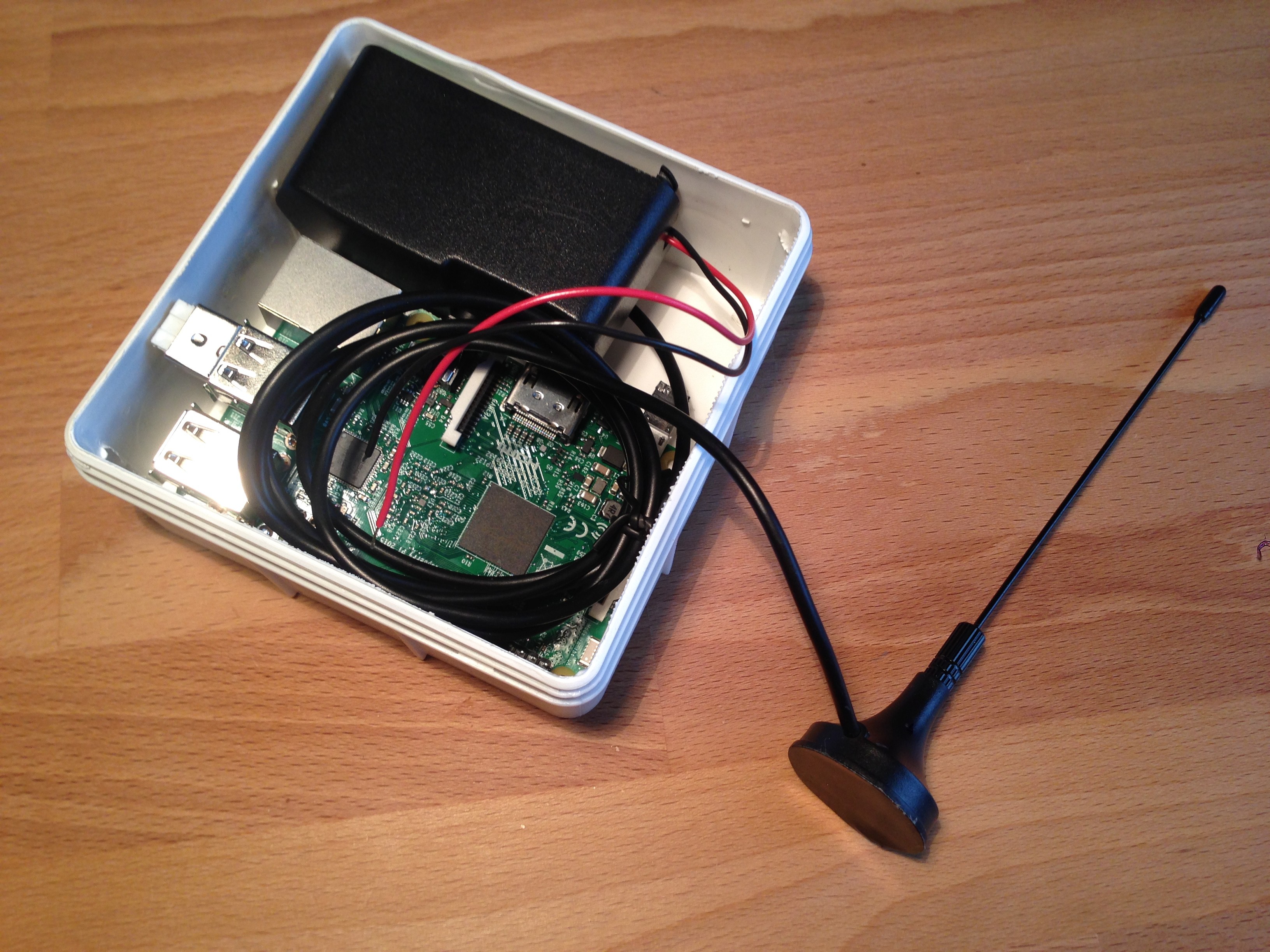 This is what is currently planned. The DVB-T dongle is hidden under the RPi and the power supply, the antenna with its base is the only part that would remain outside the enclosure. It's a tight fit, the dongle needs a custom USB extension as there is almost no space between the RPi USB ports and the enclosure wall, there weren't any with a short connector on eBay.

The Raspberry Pi 3 has been reported to run somewhat hot. Officially it can run without active cooling or heatsinks, but it does raise the matter of heat in a tiny enclosed environment. Let's measure temperature while it's under load, streaming a channel: 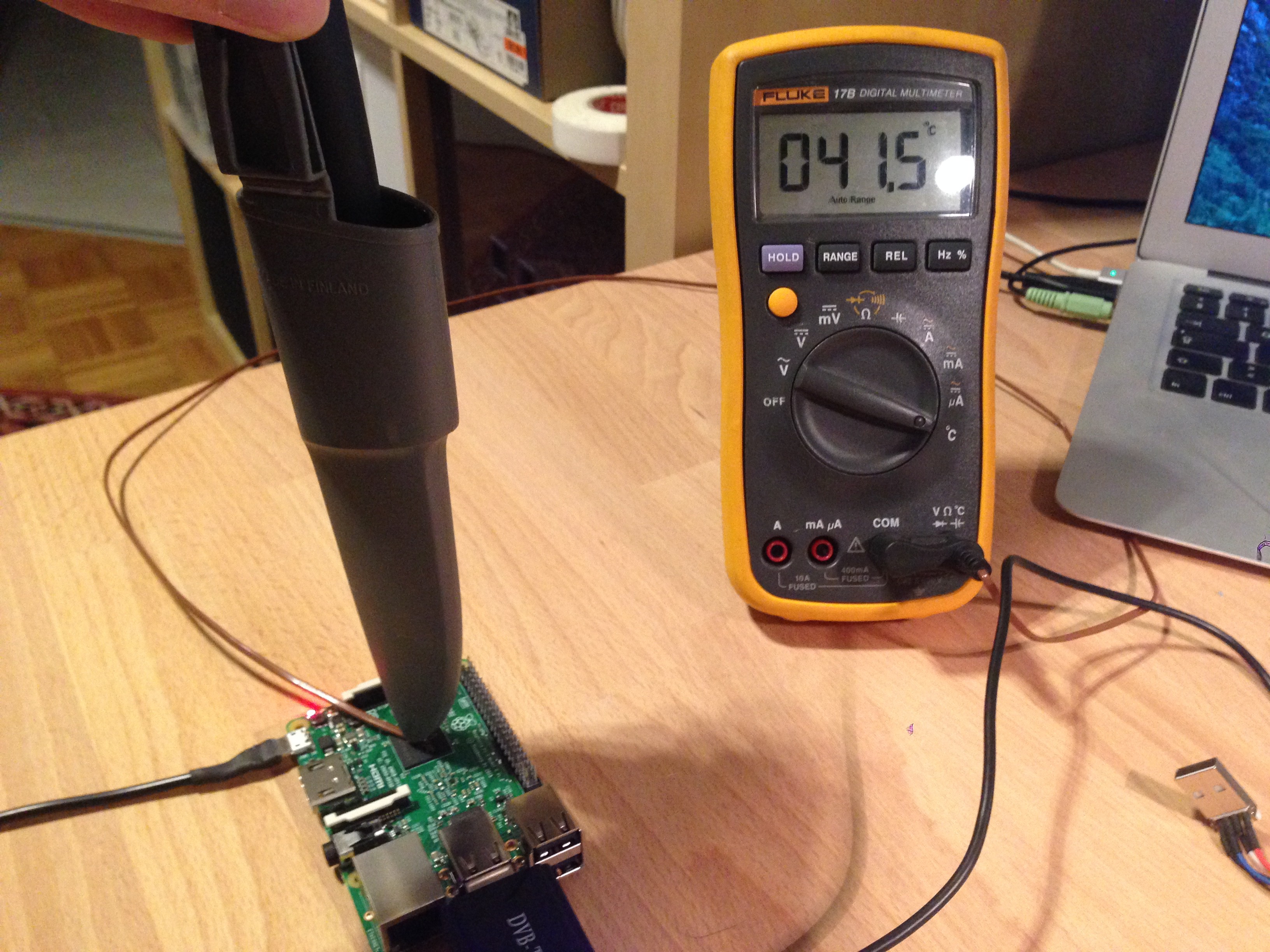 The measurement method was pretty crude, the multimeter said 41.5°C. The Raspberry Pi can report its own temperature when issued the command "/opt/vc/bin/vcgencmd measure_temp", it reported 47°C. I'm not trusting the Fluke very much, as the thermocouple feels really flimsy, however two measurements under 50°C increase confidence.

During operation the Tvheadend process took about 3-5% of the CPU (observed via the "top" command).

The Chinese power supply is rated 5V/2A, something to be cautious of. Sure at no load the output might be close to 5V, but under heavy load the signal might be noisy. A noisy signal is bad for the electronics. The power supply is also a potential heat source.

First I looked at the output signal of the power supply without any load: 5.35V and a peak-to-peak noise of 118mV. It's out of USB specifications (maximum is 5.25V), but without a load it doesn't really count.

I connected the system and streamed some video to see how the power supply copes with a real usage scenario. The voltage was observed to be between 5.28V and 5.13V, the current oscillated between 600mA and 800mA, but mostly stable around 700mA. The peak to peak noise did not change, this is excellent news, I expected a higher power draw or at least some more noise. 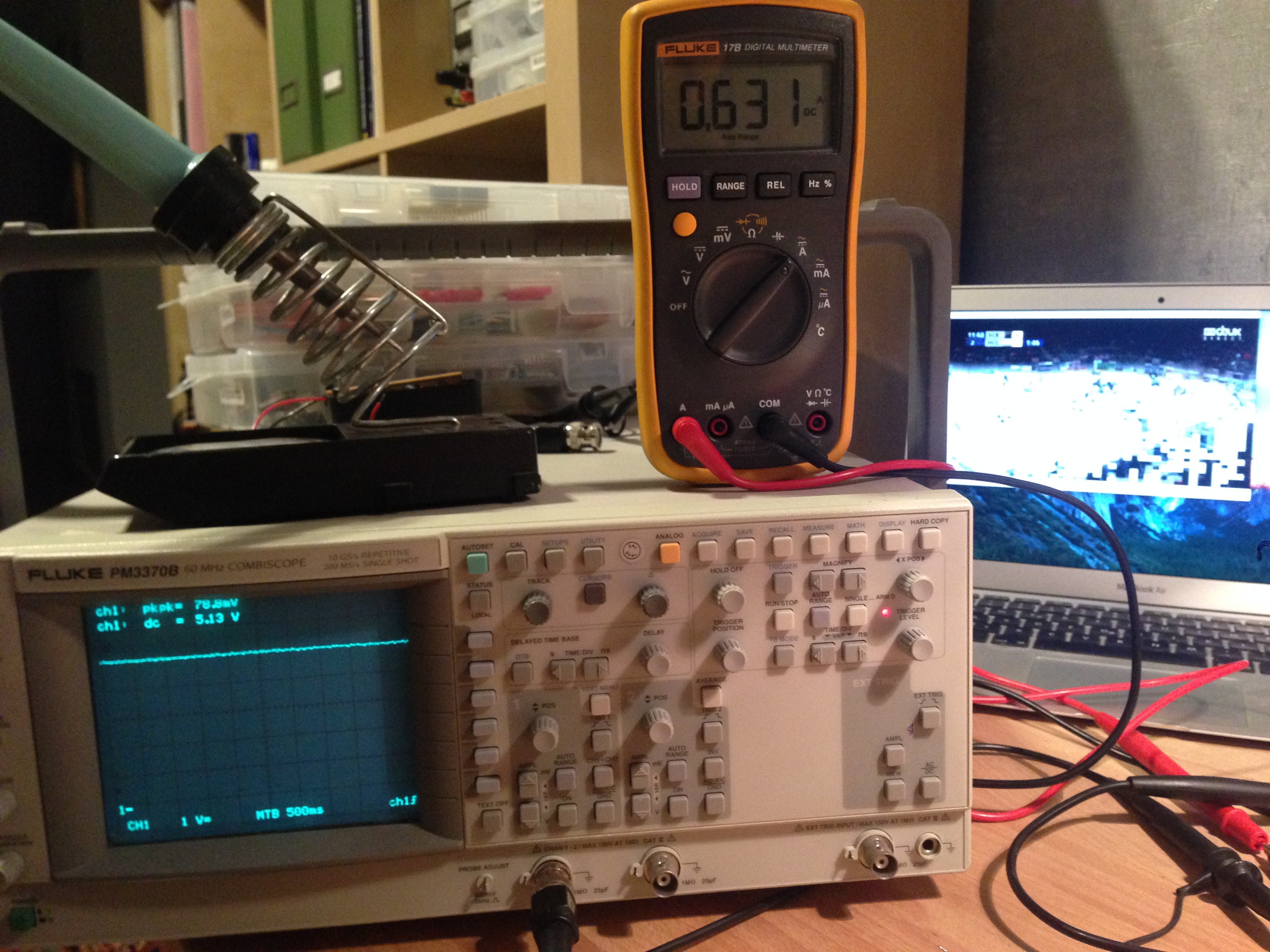 It ran for about an hour, I touched the plastic enclosure of the power supply to see if it was hot, it was almost at room temperature, so it gets a pass.

Power supply input current was not measured because of lack of proper tools, so efficiency cannot be evaluated.

I must note that I sourced the power supply from an electronics waste bin, it might be better than what you find on eBay, although it looks suspiciously similar. I will keep an eye on it though, because it might run well for the first week/month, but then the elements might start to fail, there's a reason these things are cheap.

I measured the DVB-T dongle current using my home-made tool. While idling it hovered around 97mA, but when it was actively streaming it was around 290mA. It felt hot to the touch. 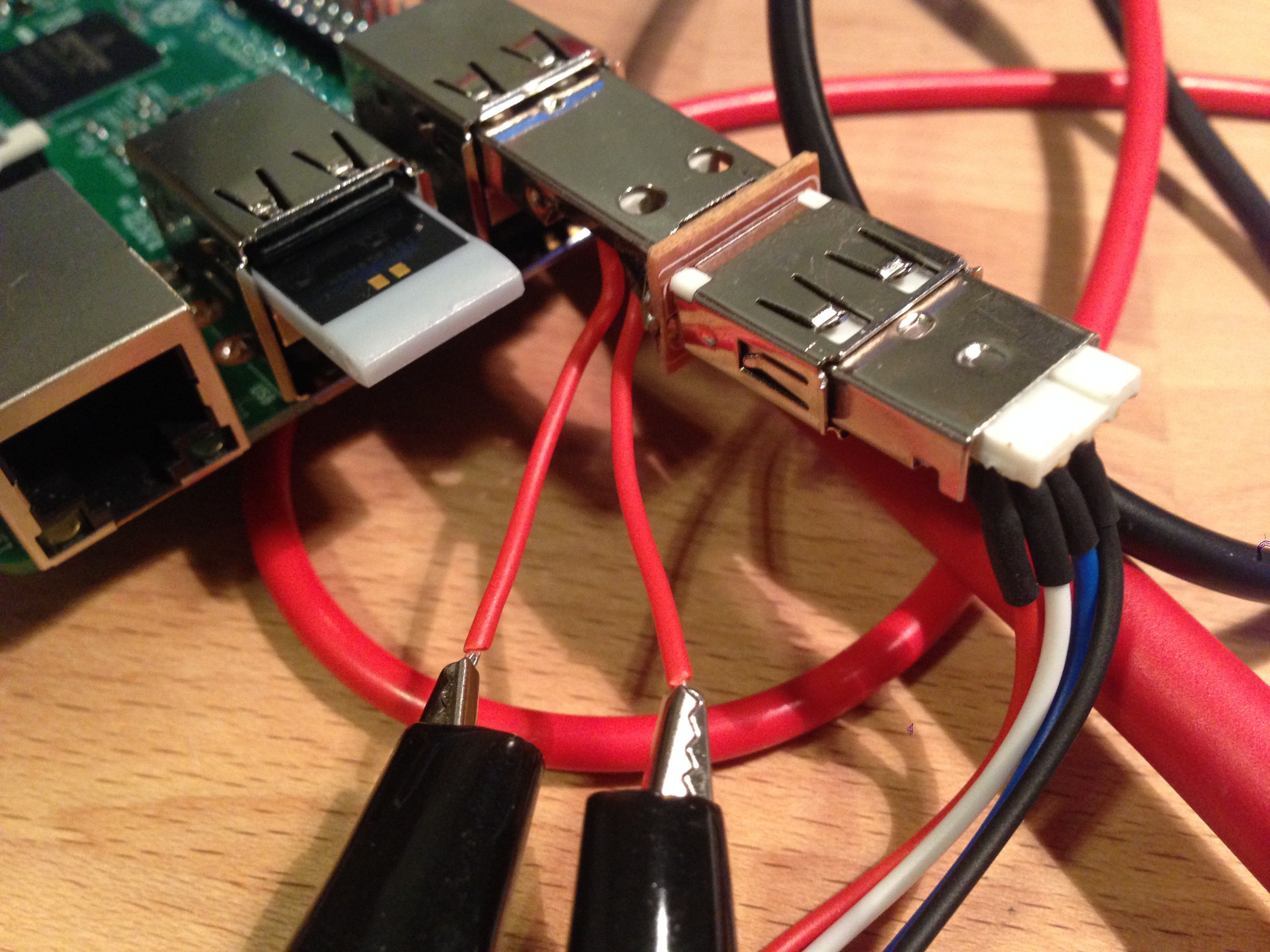 The enclosure doesn't have any venting holes (IP65: protected from total dust ingress, protected from low pressure water jets from any direction). I chose this enclosure because the project might need to be left outside for best signal reception. I'll do a proper temperature test in a controlled environment when the hardware is finalised.