A project log for SPDT16: 16-bits arithmetic unit with relays

I received the tiny incandescent lamps and they are cuuuute ! 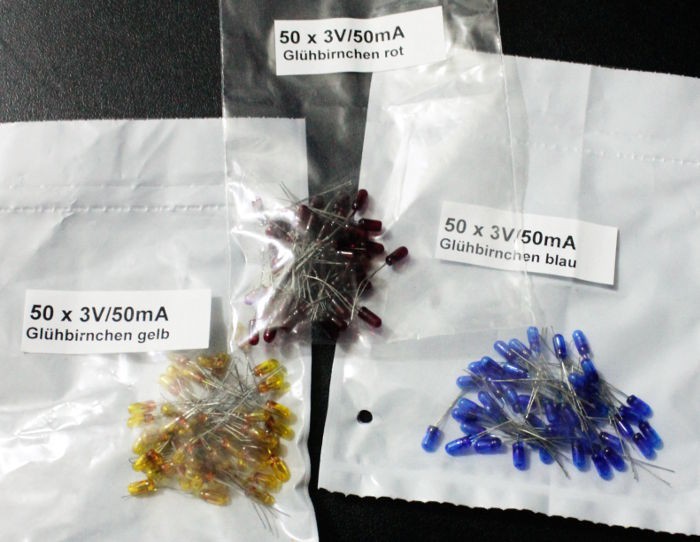 The initial electrical tests showed agreement with the advertised characteristics. 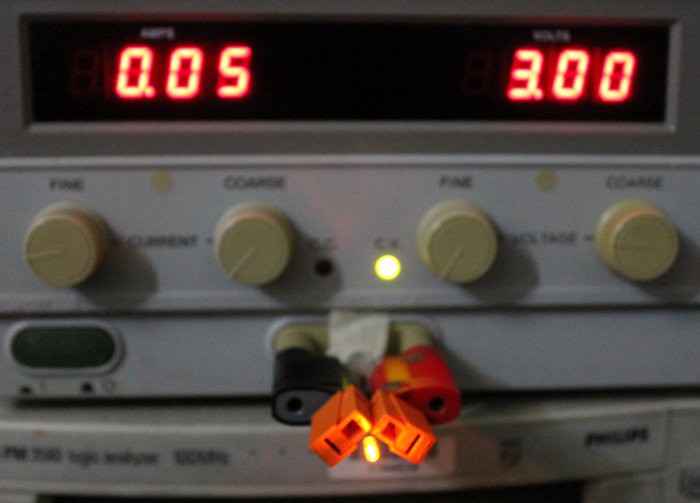 In particular I'm interested by the potential interaction with the relay's coil during startup so I tried to evaluate the I/V curve with the crude reading of the power supply.

The following values are in "static" situation, with enough time for the filament to heat, at about 20°C ambiant temperature.

Should I put the lamp in series or parallel with the relay coil ? It might have have interesting advantages, such as proving the relay is energized but this can provide false negatives if the filament is broken, it forces an increase of current or voltage (more power) and the hysteresis (due to slower thermal characteristics) might interfere with relay operation.

So it's mostly a question of "do I make noise when the coil is switched on or off ?"

This will also depend on the coil's characteristics so I'll have to test both circuits. The decision might depend on the power : parallel increases the current, series increases the voltage. I suppose series might win but measurements should decide.

Oh and 4V would make it compatible with the TIL311 power requirements...

How can I make a low-frequency oscillator with a relay (or more ?)