With these business card-sized drawing templates in your pocket/wallet, jotting down ideas on a dirty napkin is a thing of the past!

No matter if it's an idea for a new product, a circuit diagram for your next blinky thing, or a quick sketch for that part you always wanted to 3D-print, you can now instantly write it down while on the go with these business card-sized drawing templates.

No more fumbling for a dirty napkin for visualizing your concept when no proper paper is around!

Any engineer or inventor should always carry a few in their wallet!

Great for:
* circuit diagrams/schematics
* technical drawings
* 3D sketches
* lists or general notes
* anything you can think of!

// This project is purely for fun, but feel free to use it (I will!), and please share your drawings if you do! 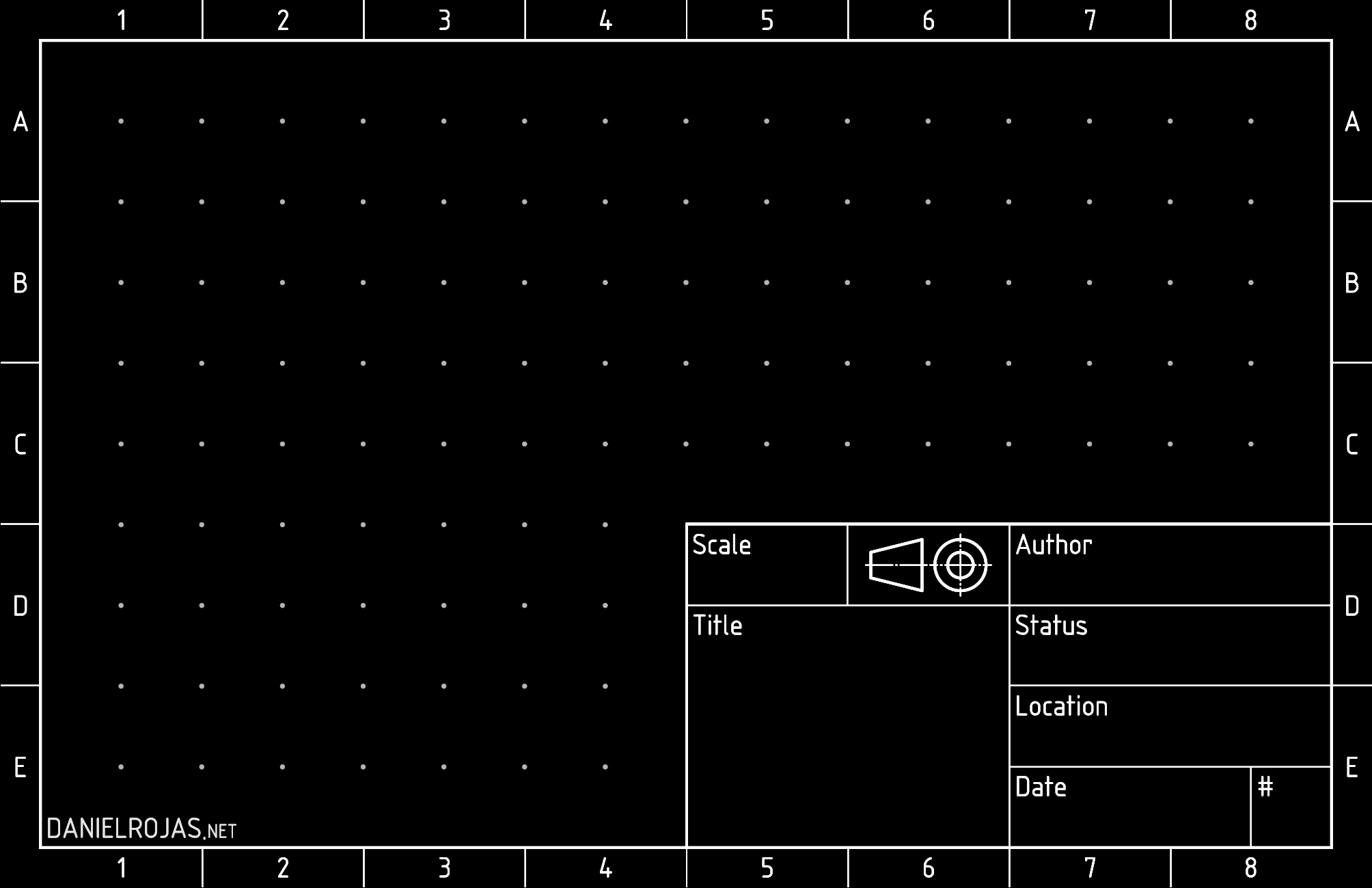 The idea arose while working on a new design for my personal business card. While the front is already inspired by technical drawings, I needed an idea for the back side, which so far had the printing company's logo on it as I got them made for free.

I figured it would be nice to leave it mostly blank to be able to add some notes. The first addition was a 5x5 mm dot array to allow for better hand-drawn straight lines.

I guess an isometric grid variant would also be neat for 3D sketches!

As an engineer, I quickly settled on a scaled-down and simplified version of the drawing title block defined by ISO norm 7200.

Some of the fields were removed, others renamed. Creative freedom applies to ISO norms, too! :-)

A frame with a simple 8x5 coordinate system helps when describing or referencing sections of the drawing elsewhere. This might be more useful for A4-size documents and larger, but it is there nonetheless.

I added the symbol for first angle projection, mainly as an aesthetic measure.

I love the idea!

Hackaday Prize 2020
the perfect gift to your family and friends and all you need is a 3D-printer (and some wire ;-)
Project Owner Contributor

This is a project inspired by @andrias, We will try to print it and later edit the design.
Project Owner Contributor