A project log for Waffle: a pocket-sized digital radio system

µController, CC1101 module and LCD forming a small communication device. Other probable uses in the near future.

I worked on two main things: the case, and the software

Solidworks was used for the entire process. 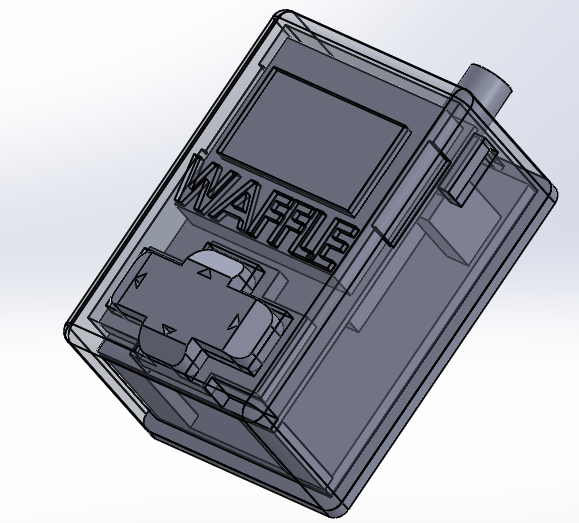 I first modeled the actual board, before designing the case around it. The D-Pad rests against the 5 buttons. I still have to figure something out for the central button, as it's not "pressable" yet.

The whole thing was 3D-printed using a Fabrikator Mini (cheap 150€ printer from HobbyKing). 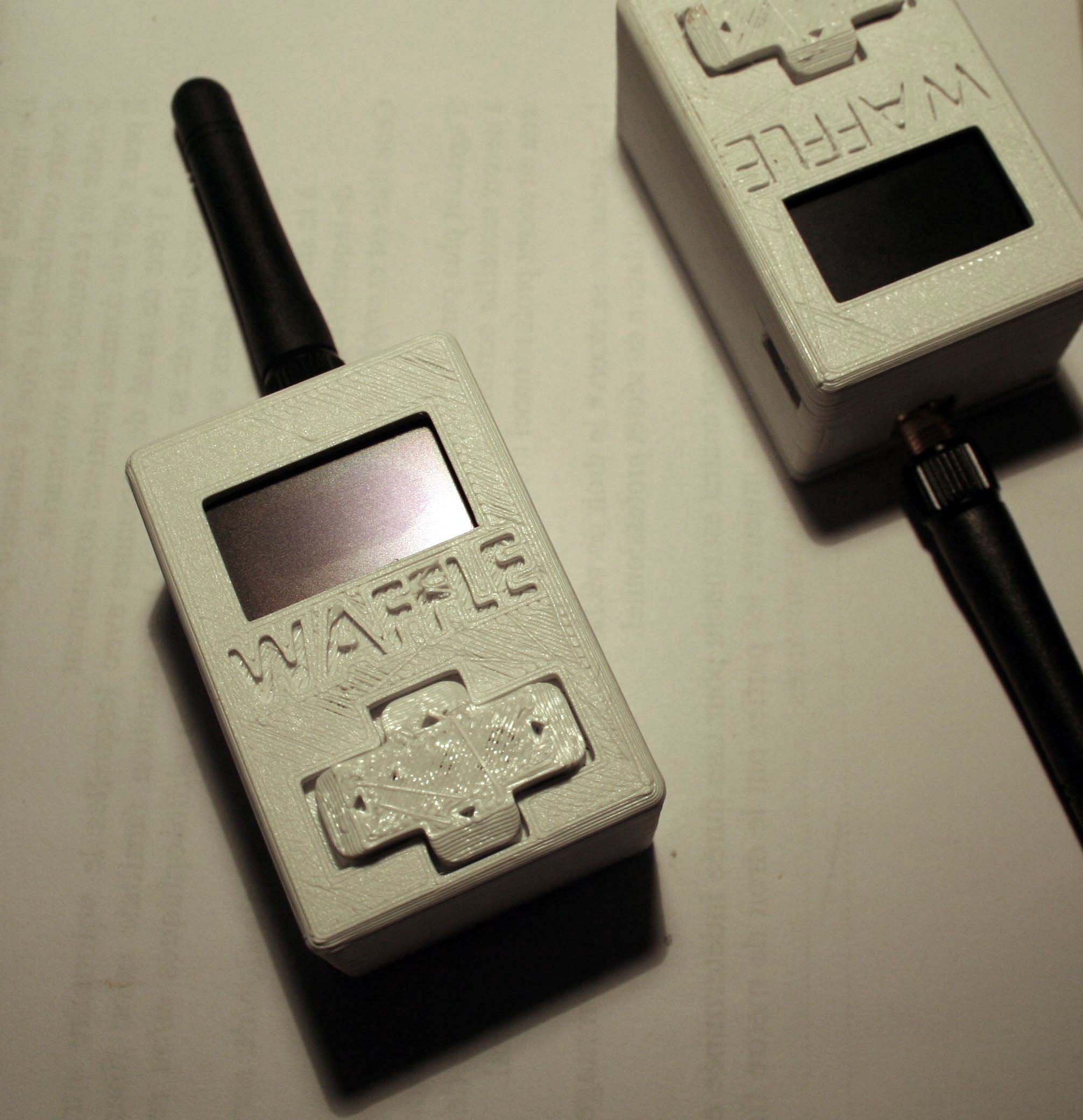 The board fits snugly inside the case; the screen is lined up with the opening, and the D-Pad is a perfect fit: not too loose, not too tight.

Last time, I managed to get "bits" flying between two devices. That meant having one specific RX unit, and another TX unit. This time, I can send strings either way, spit them through the serial interface and display it on the LCD! 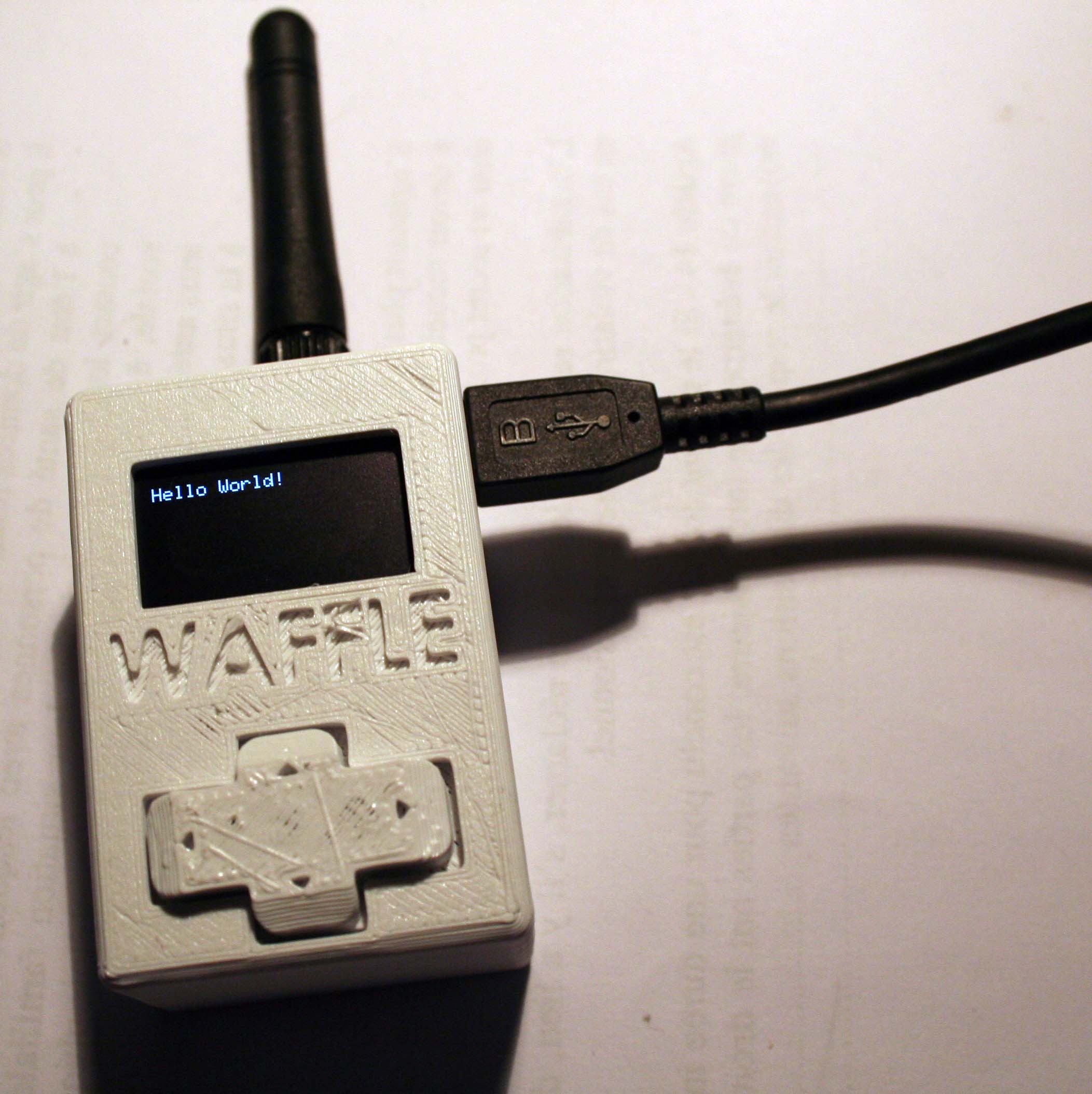 All right, this is not real proof. I could've written a simple sketch that displays this at startup, without any radio interface. You'll have to trust me on this one. (Promised, I'll make a video showing the thing in action!... Sometime soon).

As for the user interface, I may run into some problems.

The OLED displays everything smoothly, no worries. But I will probably run out of memory before being able to implement the whole interface! I'm using the Arduino environment, with the Adadruit library. The OLED eats 1KB of RAM (the framebuffer is the most resource-hungry)! I only have one KB left to handle the CC1101 comms, serial handling, buttons scanning, battery management, ... I'm already having crashes from time to time.

So what are the solutions?

One of those cheapo STM32F103C8 dev boards is on its way, I'll make some tests and see how it goes! I still don't know if I'll stay with the Arduino ecosystem or if I'll go with something a bit more low-level.

So, still lots of work to do!

Wow, we were selected in the "Anything Goes" challenge!

Hi, about the RAM problem, if you want to stay with AVR-8bit (mostly if you are used to the hard-features and the registers) you can search via the "Microcontroller selector" form Atmel

But to program a µC that does not have the arduino bootloader you will have to use Atmel Studio (for windows, but realy good in my opinion) and a programmer like the AVR Dragon.

About the optimisation, the purpose of the framebuffer is to get around the fact that the pixels can only be written by groups of 8. But if you only display text, or refresh the whole screen to display images, you can get rid of the framebuffer and save that 1kByte of RAM.

I hope this can help you.