Working on camera trap challenge at ECSA2016 - collaboration with MammalWeb

A project log for Camera Traps for Citizen Science

Camera Traps can empower local communities & schools to observe & learn about wildlife. We aim to create an affordable DIY solution for all.

We have realized that multiple groups are currently trying to come up with cheap (and better) alternatives to current camera traps, including various projects in citizen science community, including MammalWeb.org and others (we were contacted by SciStarter too now, who are following our project).

In this regard, and with help of Margaret and Lucy from ECSA (European Citizen Science Association), we decided to run a Camera Trap Challenge at ECSA2016 ThinkCamp in Berlin, 21st May 2016! We ran it together with Pen from MammalWeb.org, and a bunch of local Berlin hackers joined.

Below are the goals we stated for the challenge collectively, and layed out by Pen:

Inspired by great existing projects, the challenge is to develop a fully free (as in freedom) DIY camera trap that meets these challenges:

6. Full documentation for all accompanying hardware and software, suitable for at least secondary schools.

7. Practice responsible ethics and citizenship by using and producing only fully free (as in freedom) hardware and software (no binary blobs).

For all of the above, only 7. is a requirement. Participants are of course welcome to tackle just one or all of the items depending on their interests and skill set. In addition, everyone is strongly encouraged to bring their own hardware, tools, and electronics to this ThinkCamp. 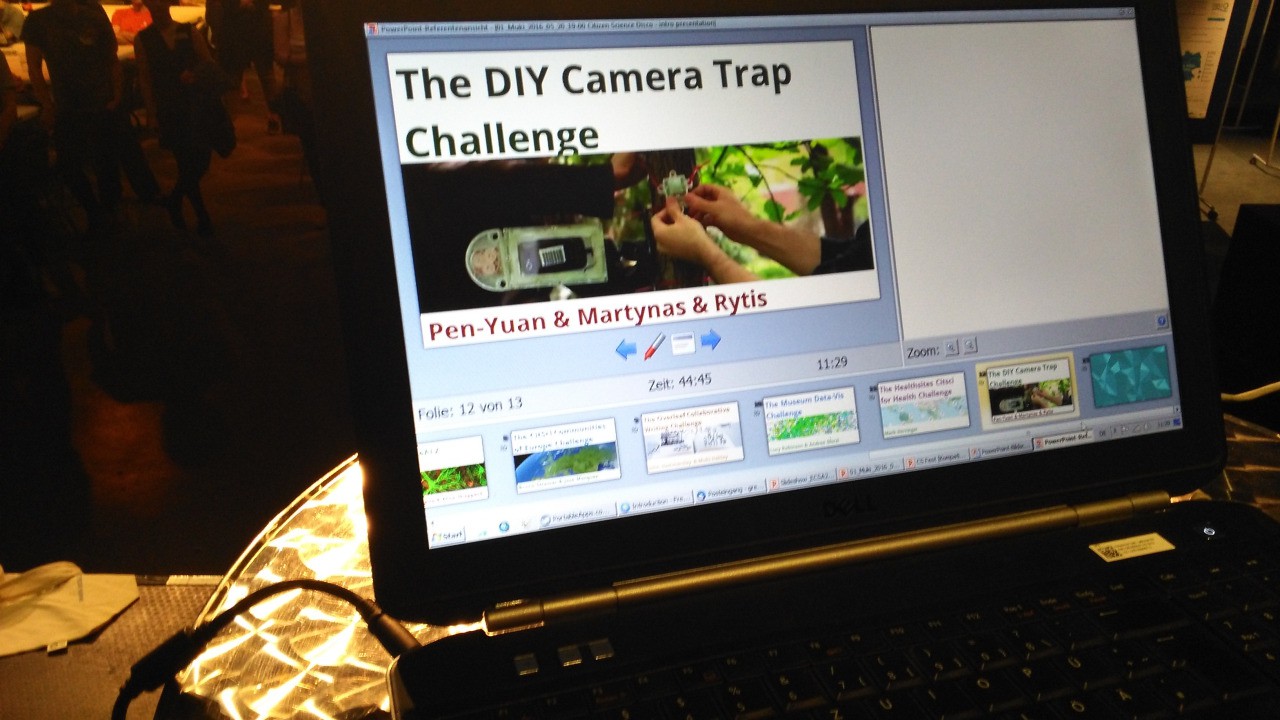 Egle & Martynas from our Hackaday Camera Trap project team participated, and Pen led the challenge. Bellow are some of the things that emerged (we did not have much time for actual hand-on hacking, but brainstorming instead):

We had 2 of our own prototypes, NatureBytes prototype and a commercial camera. The latter was brutally taken apart [Martynas’ words] by the team (and Martynas later figured out what was broken).

After playing with all the toys, the challenge team also discussed the different features they’d like to have in a camera trap, and how cheap can it be made without compromising the quality of pictures.

In the end the team agreed to continue working on the prototypes, especially the Arduino version, which is the cheaper and more energy efficient alternative. Since we all agree the camera trap should be open source and tinkerable, it will be possible to adapt the Arduino-based core of the trap to be used with different components, such as a better camera. However, that would increase the price of the whole device, so where image quality is less of an issue, cheaper cameras can easily be used.

Both Pen and my team agreed we prioritize the DIY nature & the educational value of the camera trap. 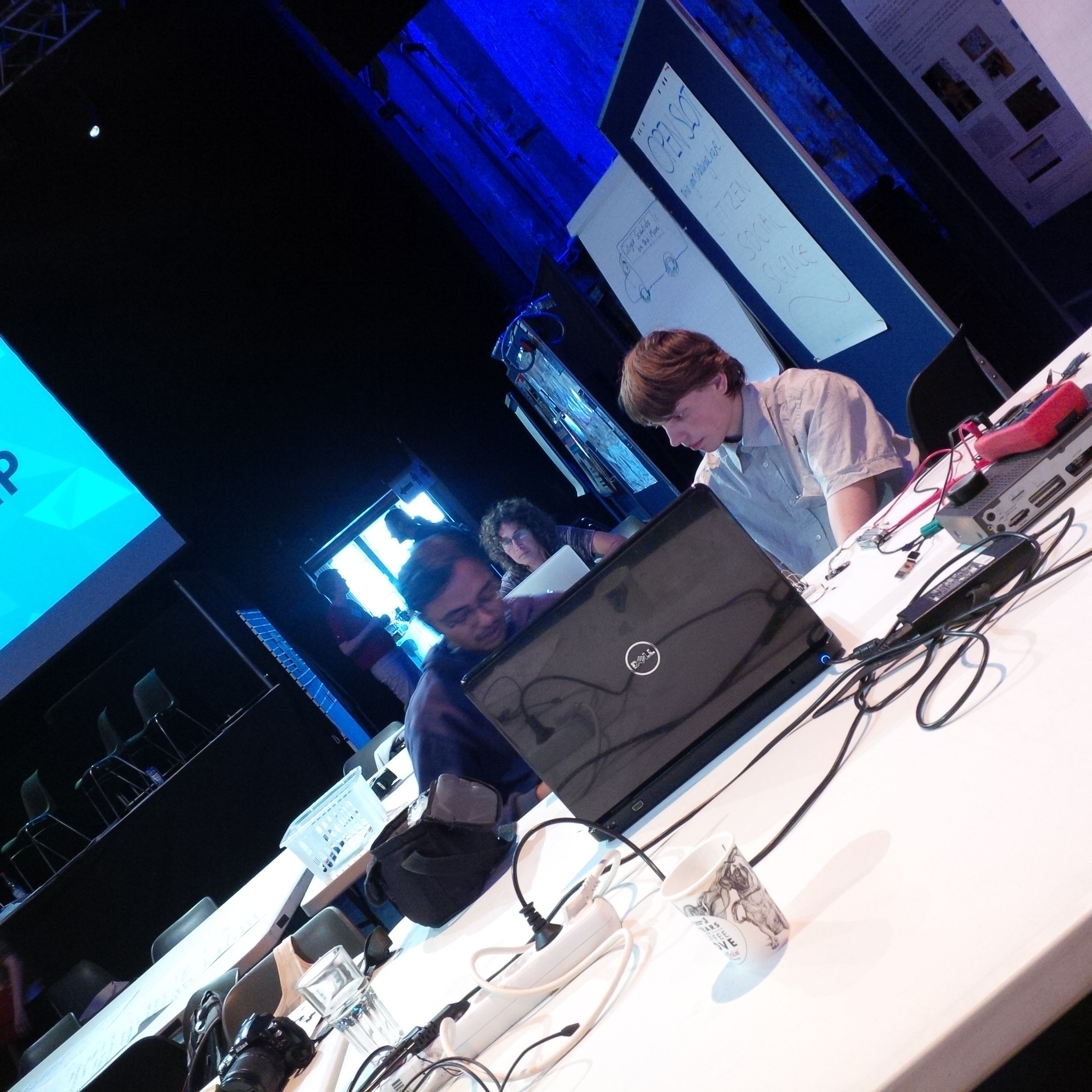 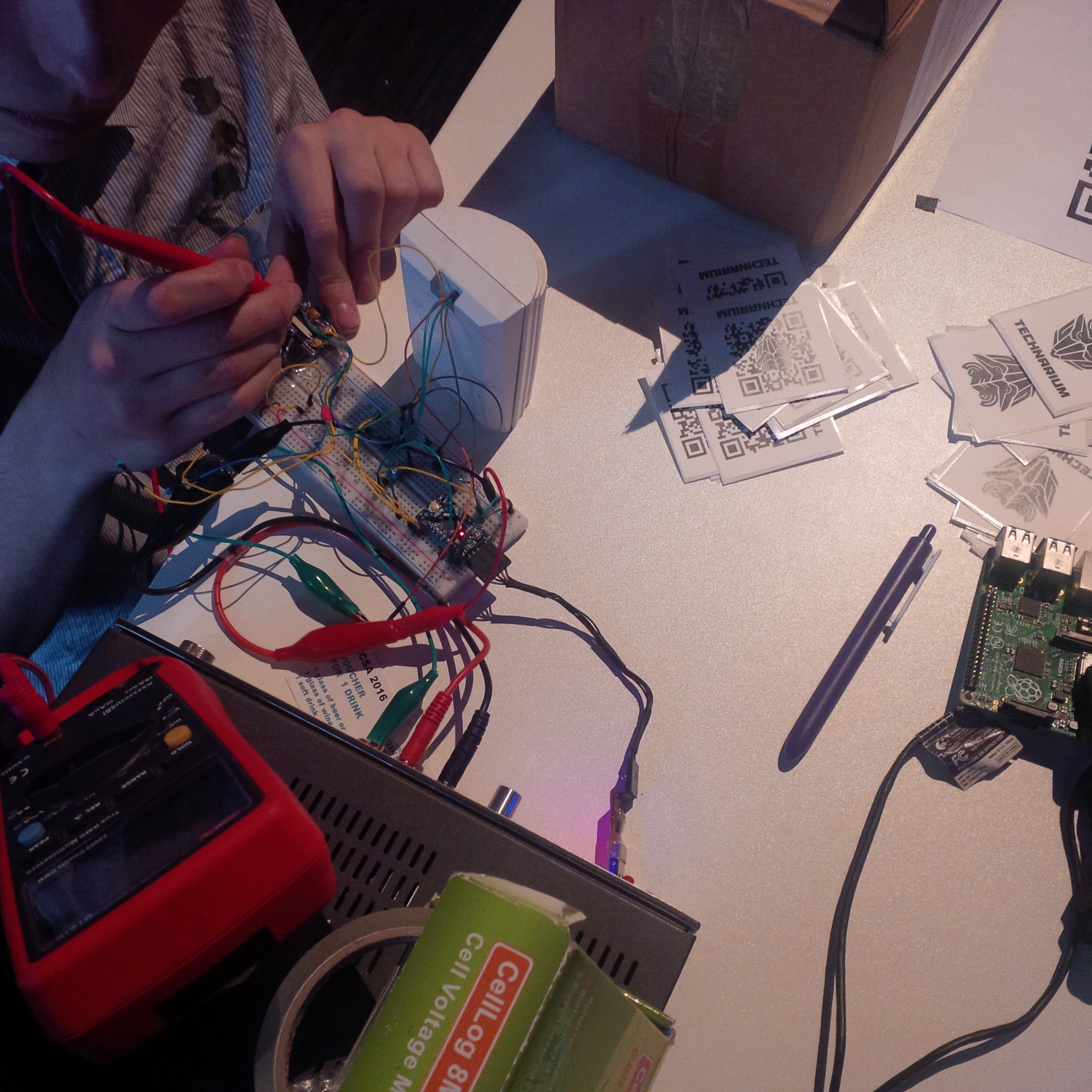 Raspberry prototype on the right & Martynas working on the Arduino one on the left. He managed to burn one keychain camera too! :P

There will be a video soon too - TBA

The main points to take away for our team were: putting more effort into finding a viable option for long lasting batery, while keeping in line with the other goals we stated early on.

Progress on the Arduino-bsed prototype: keychain camera not working out!

interesting what is the latest news please