Once I felt like I had my design for Invisible all squared out, I decided to cut a cardboard model first, just to be safe. I was nervous about cutting the acrylic because it’s so expensive, and thank goodness I waited! I learned a lot while assembling the cardboard model.

After 45 minutes of ripped cardboard, glue gunning and stress, I finally had the cardboard model finished. All of the pieces fit together just as I expected them too. However, I did notice that when I went to show it off, as soon as I sat the sculpture down, the head started to wobble. It became clear that the head was too fragile and needed some supports. I designed some head supports, and switched out the wobbly parts. I also added a support between the legs, which really helped the structure stand up.

With the cardboard model made, it was clear that the more vertical supports I could have, the better. 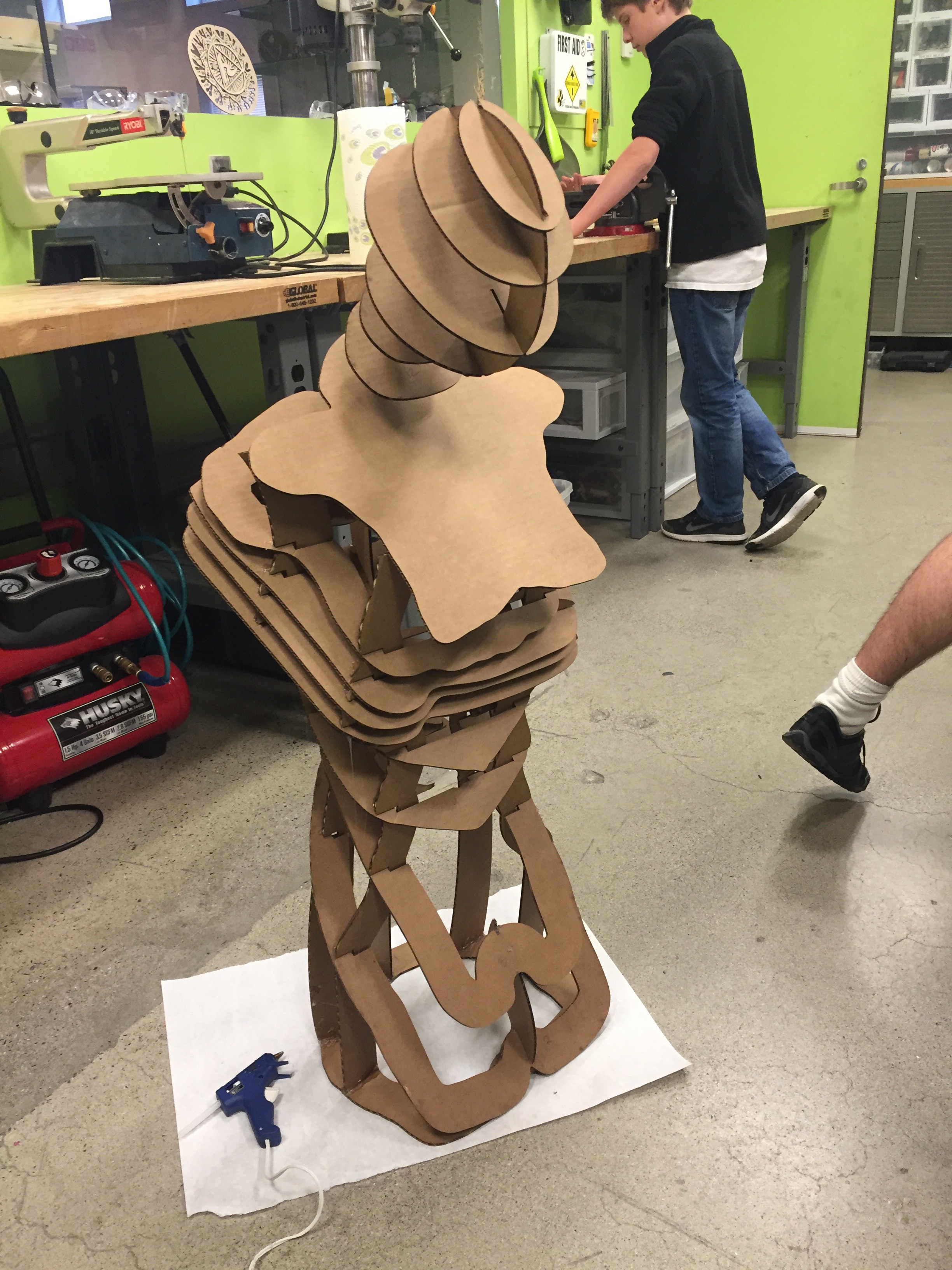